A loose and confident Victoria Azarenka overpowered Elise Mertens 6-1 6-0 on Wednesday to advance to the semi-finals of the U.S. Open where she will face a familiar foe in Serena Williams.

Azarenka, smiling and bobbing her head along to music being played during changeovers, spread the court with 21 winners to dominate 16th seed Mertens in their first career meeting.

She took the first set after the normally rock solid Belgian sent a forehand wide for her 13th unforced error of the frame. 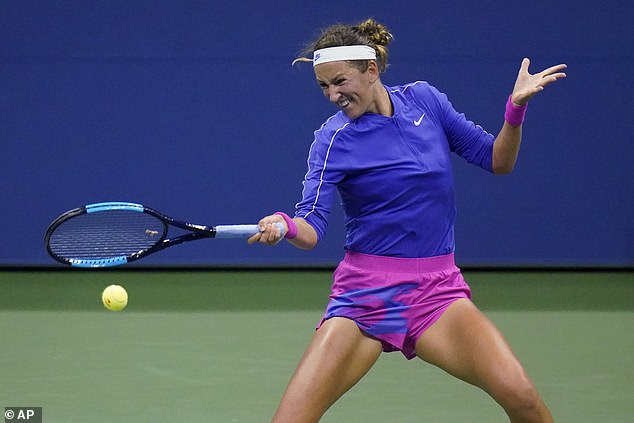 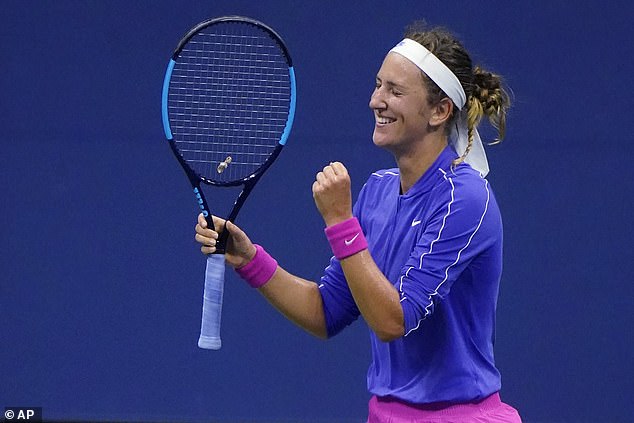 The Belarusian crushed her Belgian opponent 6-1, 6-0 in a faultless display with 21 winners 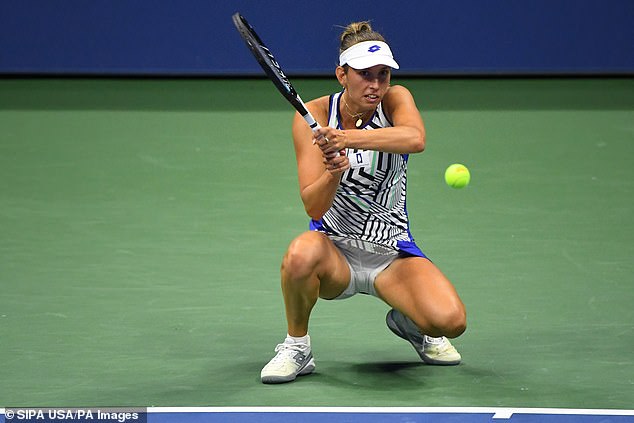 And the 31-year-old Belarusian did not take her foot off the gas in the second, running Mertens around the court and sealing the win when her opponent dumped a backhand into the net.

Azarenka, who won her first title in four years at the Western & Southern Open last month, said she is appreciating her time on the court more than ever.

‘I don’t think I have ever enjoyed tennis, to be quite honest,’ she said.

‘I felt that it was a job and something you were meant to do. Winning, you enjoy it. Losing, I was so upset and for a couple of days I couldn’t function normally. 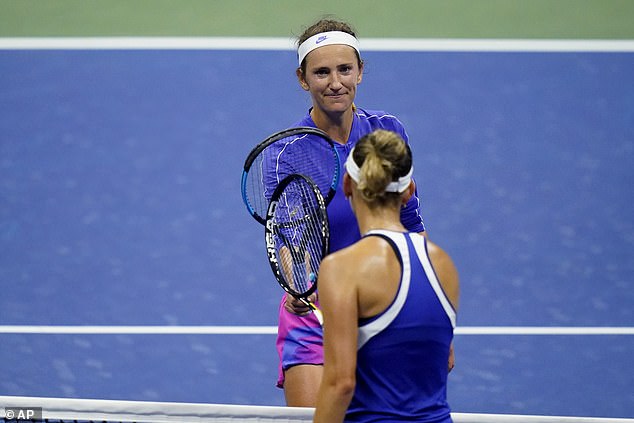 ‘Now nothing bothers me. I can say I am feeling the moment.’

The win saw the two-time Grand Slam champion advance past the quarter-finals at a major for the first time since 2013 but a formidable foe stands in her way in the form of Williams, who defeated Azarenka in her two U.S. Open final appearances in 2012 and 2013.

Williams holds an 18-4 lead in their head-to-head matchups, winning their most recent match at Indian Wells last year. 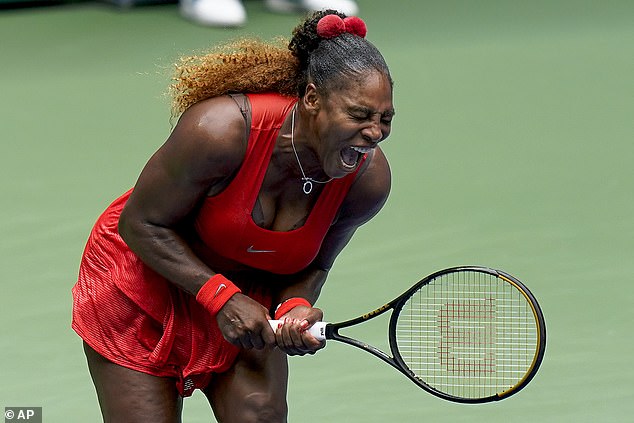 ‘Can it get any better?’ Azarenka said of Thursday’s semi-final showdown with the American.

‘It’s an amazing opportunity to play against a champion, somebody who I respect a lot and is my friend.