Novak Djokovic survives US Open scare to keep chance of being the first man to complete the calendar Grand Slam in 52 years alive, after dropping second set to 18-year-old Danish qualifier Holger Rune in the first round

Novak Djokovic’s bid for tennis history at the US Open got off to a bumpy start against 18-year-old Danish qualifier Holger Rune.

The world No 1, bidding for a fourth Flushing Meadows title and to become the first man to complete the calendar Grand Slam in 52 years, dropped the second set against the spirited Rune. 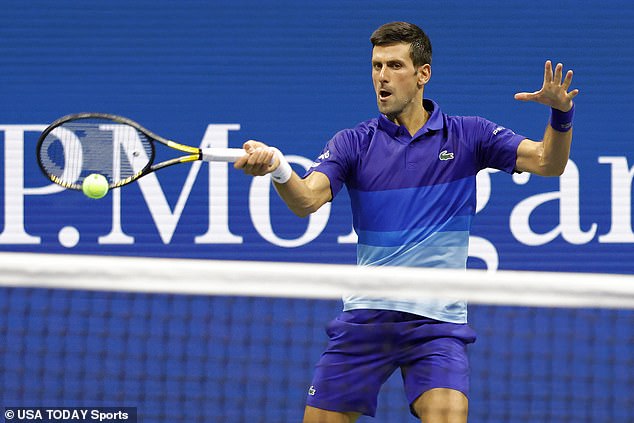 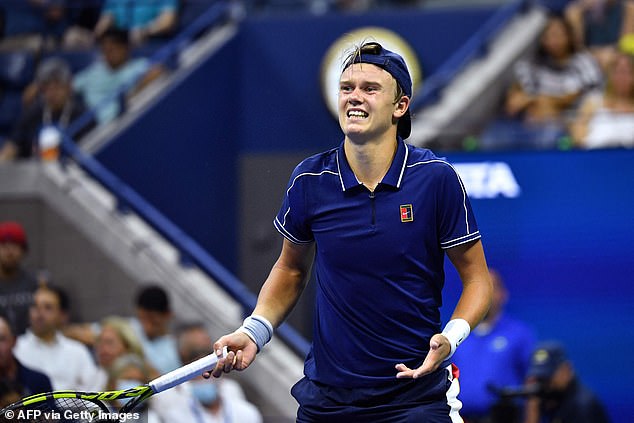 Danish qualifier Holger Rune, 18, won the second set against the world No 1 on Wednesday

‘I got to say it’s never nice to finish a match like that. Holger deserves a big round of applause. It’s unfortunate,’ said Djokovic.

‘I was trying to feel the ball out there. It wasn’t the best of my performance but he played well and I didn’t serve well in the decisive moments of the second set. After that it’s difficult to talk about the match, he couldn’t move much.

‘It happened to me when I was younger. These things happen. You could see he struggled a lot and I feel for him. I’m sure we’ll see a lot of him in the future.’

Djokovic, 34, was playing his first match since missing out on a bronze medal at the Olympics, and there was no initial sign of rust as he immediately broke Rune’s serve and raced away with the first set in 26 minutes.

However Rune, swinging like the carefree, precocious teenager he probably is, broke Djokovic to love at the start of the second and had the Serbian rattled as he took the tie-break to level the match.

It was a curious set from Djokovic, with five double faults and 15 unforced errors telling its own story. 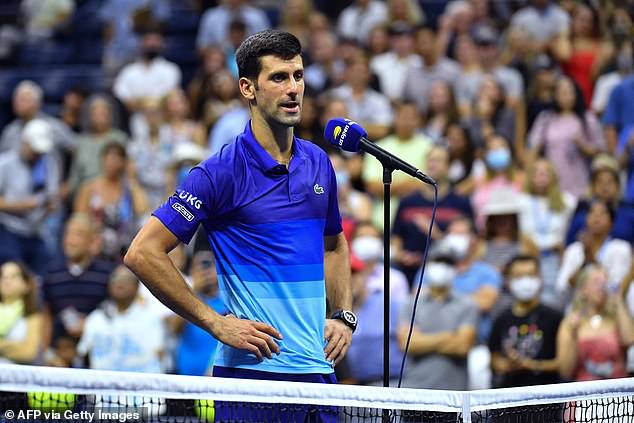 ‘I’m sure we’ll see a lot of him in the future,’ Djokovic said of the teenager following his victory

But while the Arthur Ashe crowd sensed a seismic upset, Rune’s fitness began to let him down, and the final set and a half was tough to watch.

Earlier Alexander Zverev, who denied Djokovic the chance of a golden slam when he beat him at the Olympics on his way to the gold medal, is safely through after beating American veteran Sam Querrey 6-4, 7-5, 6-2.

The German fourth seed was runner-up at Flushing Meadows last year and is looking for a first Grand Slam title.

But he admitted ‘If a guy wins three majors in the same year and then is at the US Open, you have to give him the favourite card. Because if not now, then when? He’s won three majors. 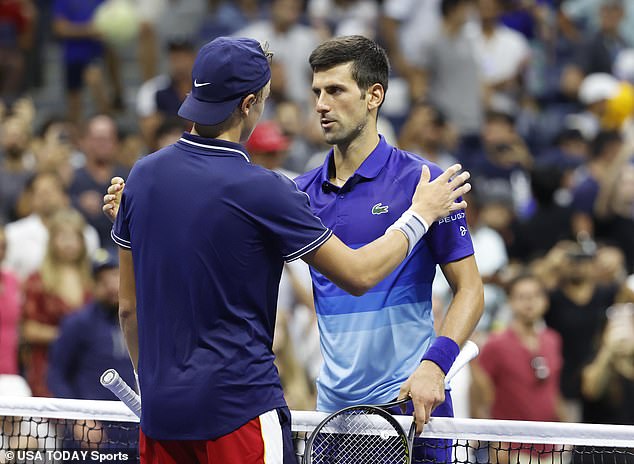 ‘Everything else he’s won. I mean, yeah, he’s the favourite. No question about that. But I think other guys are very hungry.

‘I have been playing good. I’ve won two tournaments, I’m on a 12-match winning streak.

‘I hope I can keep the level up and maybe even play better, because to beat Novak here is going to be an extremely difficult task.’ 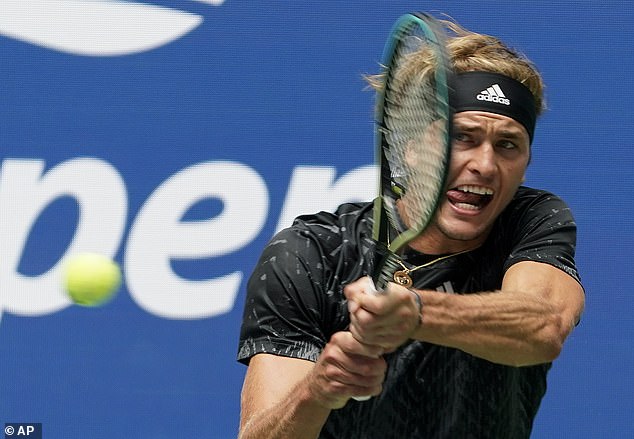 Canadian Shapovalov raced into the second round with a 6-2, 6-2, 6-3 victory over Federico Delbonis of Argentina in just one hour and 49 minutes.