Roger Federer gave fans a glimpse of how he is coping in lockdown by going outside and hitting some trademark trick shots. The 38-year-old is currently in isolation with his family in the Swiss mountains as they follow worldwide advice to remain indoors to prevent the spread of the coronavirus.

But the 20-time Grand Slam champion flaunted those rules to do what he does best with a tennis ball and racket.

The video footage, with the caption ‘Making sure I still remember how to hit trick shots’ shows Federer wrapped heavily in snowy weather.

And in the 20-second clip, he hits the ball against a wall through his legs and behind his back before finishing off with a big forehand.

It is around six weeks since Federer underwent arthroscopic surgery on his right knee in Switzerland. 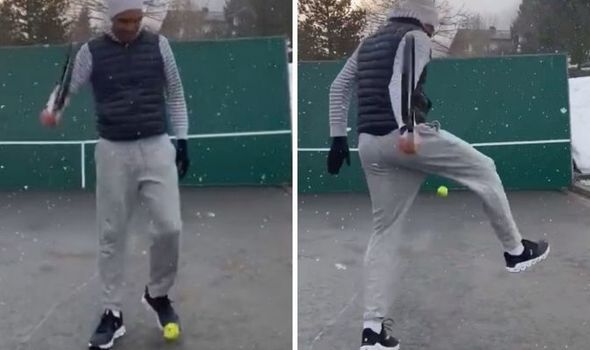 In his announcement, Federer said he was targetting the grass-court season to make his comeback from injury.

But that now seems unlikely as Wimbledon is set to announce on Wednesday that the tournament Federer has won a record eight times will not take place this year due to the coronavirus.

It means Federer will have to wait until potentially August before he can play tennis again.

Speaking in an interview with Sky Sports News, former British player Barry Cowan felt Federer will be the biggest loser in the absence of tennis. 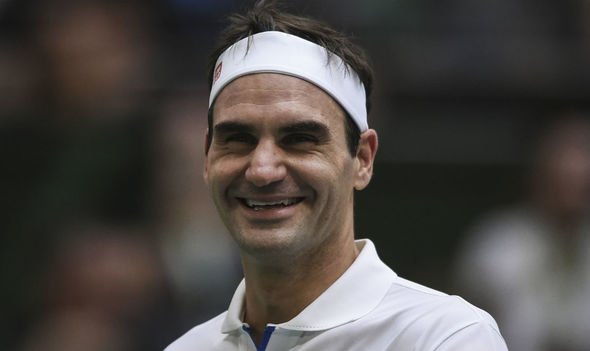 “I along with many other people thought ‘well who is it actually going to benefit?'” Cowan said.

“I actually think it benefits [Novak] Djokovic and [Rafael] Nadal. It will benefit [Andy] Murray because it will give him a little longer to recover.

“Andy made an incredible comeback at the end of last year.

“I think for Federer when you have played 20 years and then don’t hit tennis balls for a month or two, it’s not going to make any difference – as he showed a couple of years ago.

“But there comes a time at his age when you actually need to play competitively.

“Otherwise potentially the body might slow down. Federer will be the one concern for me.

“I think for Djokovic and Nadal they will come back even stronger.”