Roger Federer, Rafael Nadal and Novak Djokovic have been praised for using their influence to support people struggling with the coronavirus outbreak.

The global pandemic has taken the lives of over 39,000 people across the world and there have been more than 804,000 positive tests for the virus.

Hospitals are struggling to cope with the surge in cases, the lack of medical supplies and equipment.

In a bid to provide some assistance, tennis’ ‘Big Three’ have stepped up to make major contributions for their respective homelands.

In Switzerland, Federer and his wife Mirka have donated 1m Swiss francs (£860,000) to help vulnerable families. 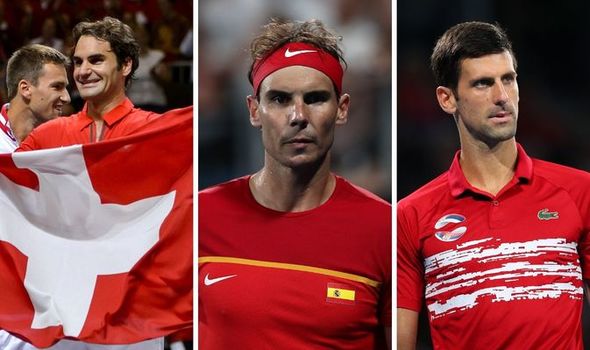 Spain is Europe’s second worst-hit nation behind Italy and Nadal launched a campaign calling on sports stars to raise £9.9million for the Red Cross.

While Djokovic and his wife Jelena, who are also stuck in Spain, will donate £887,000 through his foundation to help people in Serbia.

And speaking on Tennis Channel, Federer’s former coach Paul Annacone led the plaudits for the trio and their efforts.

“We talk about their tennis accolades but the mark of a human being is what you do in adversity, whether it is professionally or personally,” Annacone said. 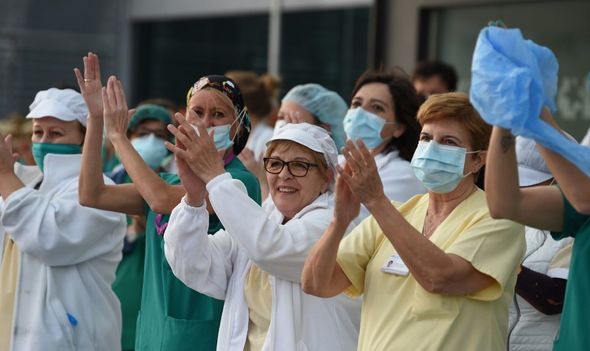 “They all love their countries, they are all trying to figure out how they can help.

“Rafa Nadal getting Pau Gasol to help raise lots of money in Spain.

“I was in touch with Roger last week and I know he was thinking about then what he and Mirka can do to help figure out a way to impact Switzerland and obviously they have. And we saw what Novak did.

“This isn’t a shock. It tells us what they are all made of and how much they feel in terms of where they are from in this really horrible time, trying to do anything they can to help.

“It is a collaborative effort. It is great players using their brand, image and who they are.

“They are all integrity ridden human beings who happen to be great tennis players and they are calling everybody to say ‘come on, we can all help. let’s try to help as much as we can’.

“There are lots of different ways to do things and I commend these three great champions for participating like they have.”