Roger Federer has urged people to adapt to the new circumstances caused by the coronavirus pandemic and stay as active as possible.

Federer is in Switzerland with his family as the country continues its own fight against the deadly disease.

Globally, the number of people to have died from the coronavirus is fast approaching 50,000.

The impact of the outbreak led to the tennis season being suspended last month. 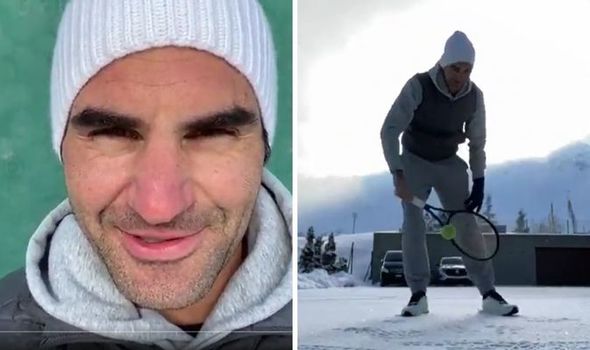 And on Wednesday, the suspension was extended to July after confirmation Wimbledon will not take place this year due to public health concerns.

It means Federer has more time to recover from the knee surgery he had in February.

But while he is unable to practice on proper courts, Federer is finding an alternative way to stay active.

In a video posted on his social media accounts, Federer braved the snowy conditions in Switzerland and hit some balls against a wall as he sent a message to his followers. 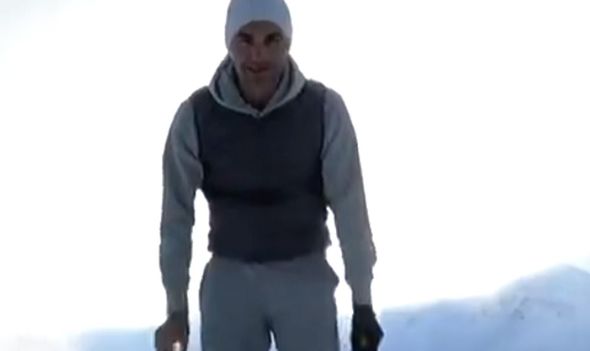 He said: “Wanted to show you a little glimpse of how I’m practising at home, against the wall, like back in the old days.

“Staying active at home is very important at the moment.

“It’s more important than ever that we listen to the local government. We adapt to the new situation and we try our best.

“I’ll keep practising in the meantime, maybe go for a run later and play some tennis against the wall. Stay safe everybody, take care.”

Meanwhile, former Todd Woodbridge has suggested the 38-year-old may struggle with motivation once the time comes to resume action.

“The question that Roger will have to ask himself is how motivated is he to come back for another year?,” Woodbridge told Australian Associated Press. “Or has this actually helped him?

“But the less match play that you get in this period at that age, it’s so much harder to come back and recover once you start again.

“So I really think that post-2020 will be a new era of people trying to create records because it’ll have really have broken up a great period in tennis. It has stopped the potential, I think, of Federer winning one or two more. It becomes very highly unlikely for him.”