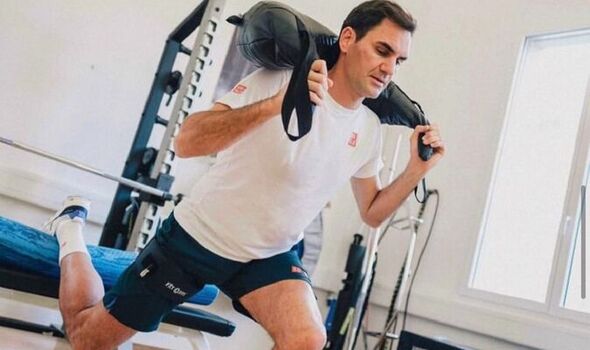 Roger Federer’s predecessor in Swiss tennis has shared his hopes to see the 40-year-old play a “full season” in 2023 after being sidelined with injury. The 20-time Major champion has not played in almost a year after undergoing a third knee surgery but has recently returned to training, posting his progress in a series of Instagram updates.

Federer has been hinting at a comeback as he continues his rehab following a third knee surgery in the space of 18 months. The Swiss star has spent the last week sharing photos and footage from his training sessions as he aims to return to competition after playing just five tournaments since February 2020.

After watching the 40-year-old back in action in the gym, his compatriot and former world No 9 Marc Rosset has admitted he’d like to see Federer back in action ready to play a full schedule on the tour next year. “I would really like to be able to see him have a full season in 2023,” the 1992 Olympic champion told RTS.

“It would be great, but I know that the process is long, very long.” While the fellow Swiss player who retired in 2005 was happy to see Federer sharing some positive training updates on Instagram, he admitted he was just glad to see his compatriot looking happy after a tough two years with injuries.

He added: “You know, what matters to me personally is Roger’s happiness. So even if he had posted a photo of himself sledding with his kids and a big smile, I would be excited too.” Federer himself has seemed optimistic in his limited posts from his training sessions, saying rehab was “rockinggggggg”.

The former world No 1 also shared an Instagram Reel showing himself completing several drills, working on his footwork and swinging a pole in backhand and forehand strokes to mimic a tennis racket. While Federer is yet to share an update on his potential comeback, he is currently signed up for the Laver Cup in September, this year taking place in London’s O2 Arena.

And it’s hoped the 103-time title winner will announce a timeframe for his return to tennis soon after previously telling his sponsor CreditSuisse that he would know more in April or May. “To give you a little bit of an update maybe I have I think a very interesting and important next sort of months ahead of me. I feel like I will know a whole lot more coming April, you know, where my body is going to be,” he told them in February.

“I wasn’t really allowed to run yet and do the heavy workload with jumps and stop-and-gos so I hope that that’s all going to start hopefully in a couple of weeks and then we’ll see how the body will react to that. And that’s obviously what I will need to return to the tennis court. So I think this question is better answered maybe by April / May but for now of course the drive is there, I’m really motivated to do my work when I’m allowed to do.”