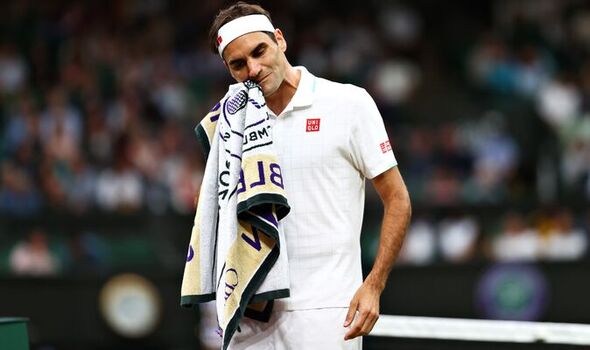 Roger Federer has dropped to his lowest ranking since October 1999 as the Swiss star is now on the verge of falling out of the world’s top 100. The 40-year-old is down to world No 96 in Monday’s update of the ATP rankings and will officially be unranked after Wimbledon, meaning a long road back as he is set to return to competition later this year.

Federer has not competed for almost a year, after undergoing a third knee surgery following his Wimbledon quarter-final exit 12 months ago. It means the last points left on his ranking are 600 from reaching the Wimbledon final three years ago, courtesy of the ‘best-of 2019’ system introduced during the Covid pandemic allowing 50 per cent from that season to remain.

The 40-year-old is down to No 96 in today’s latest rankings – his lowest standing since October 4 1999 when he was No 104, after which he was bumped up to No 93 a week later. And things will only get worse at the conclusion of the third Major of the year, when he will lose all of his points and cease to appear in the ATP rankings for the first time since his career began.

Federer is only set to make his comeback at the Laver Cup in September, with his first official ATP tournament coming a month later at the Swiss Indoors Basel. The 20-time Major champion has also previously shared his hopes to be back on tour in 2023 but will need to rely on wildcards as he will be forced to build his ranking back up from scratch.

JUST IN: Evans gives inside scoop on Murray injury after pre-Wimbledon scare

“I haven’t planned more than the Laver Cup and Basel yet. After Basel, the season is over anyway,” he recently told Tages-Anzeiger. “It’s important for me to get fit again so that I can train fully. Once I’ve done that, I can choose how many tournaments I play and where.

“The Laver Cup is a good start, I don’t have to play five matches in six days. I will have to be able to do that in Basel. But I’m hopeful, I’ve come a long way. I’m not far away…”

And asked whether he wanted to return to a more regular schedule in 2023, he added: “Yes, definitely. How and where, I don’t know yet. But that would be the idea.” Federer recently found out who some of his first opponents would be, as three members of Team World at the Laver Cup were announced.

Felix Auger-Aliassime, Taylor Fritz and Diego Schwartzman are the first three players announced for Team World, with Federer and Rafael Nadal confirming they would be part of Team Europe earlier this year.