Rafael Nadal announced himself as a serious contender for the Australian Open after winning his first tournament upon returning from injury.

Nadal has not played on the regular tour since August due to foot problems and contracted Covid while playing an exhibition in Abu Dhabi in mid-December. 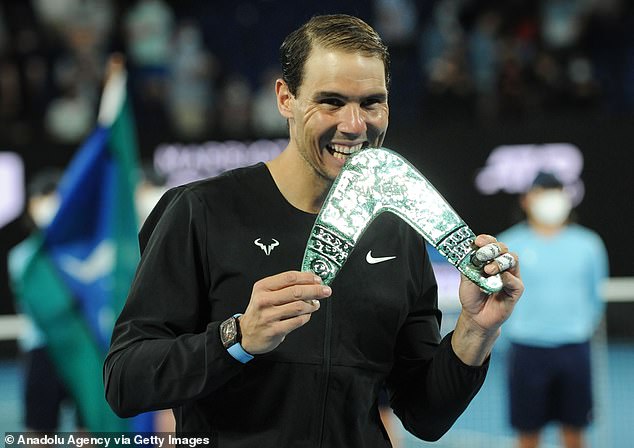 He has been a consistent performer in Australia, winning the title in 2009 and reaching the final four times in the past nine years. ‘I feel privileged and a very lucky guy to be here again,’ he said. ‘I am coming back from some challenging moments in terms of injuries, so I can’t be happier.’

Whatever happens with Novak Djokovic, who at best will be poorly prepared, Nadal would be up there with Daniil Medvedev and Alex Zverev as a serious challenger.

The bigger names in women’s tennis are also coming to the boil ahead of the season’s first Grand Slam. 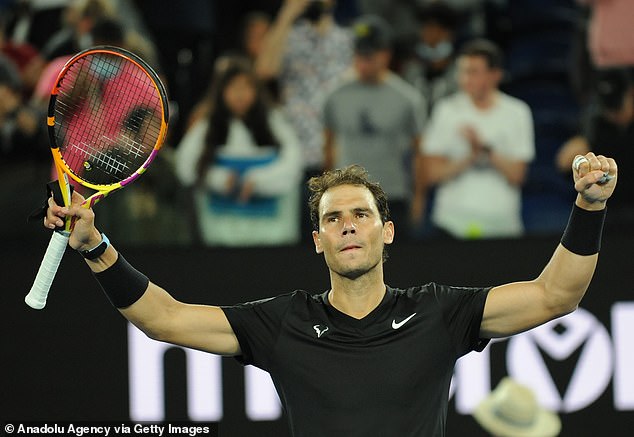 World No 1 Ash Barty, yet to win her home major, defeated Elena Rybakina 6-3, 6-2 to win the Adelaide International. Simona Halep won the WTA final in Melbourne.

Emma Raducanu, playing her first event since Linz in early November, will play in this week’s Sydney Tennis Classic and was yesterday given a change of first-round opponent.

She was due to face former French Open champion Iga Swiatek but, after the Pole’s precautionary withdrawal with a rib injury, will now play the in-form Rybakina, the world No 14.