Rafael Nadal awkwardly let it slip that Metteo Berrettini had pulled out of his Australian Open match with Stefanos Tsitsipas before it was officially announced this morning. The world No 2 beat Fabio Fognini in straight sets to book his place in the quarter-final.

But while speaking to unsuspected journalists after the match, Nadal revealed some breaking news.

The 20-time Grand Slam winner was asked about his next match and he confirmed that he would be playing Tsitsipas after the Greek star received a bye.

“I need to make another step forward against Tsitsipas. Is it official? He’ll play tonight? Well, I don’t know, maybe,” Nadal said as he tried to backtrack.

“I think I heard that Berrettini was a little bit injured but not official at all. Sorry for that. But yeah, something … well, I messed it up.”

The Australian Open were quick to rush out a statement after Nadal had made Berrettini’s withdrawal public knowledge. 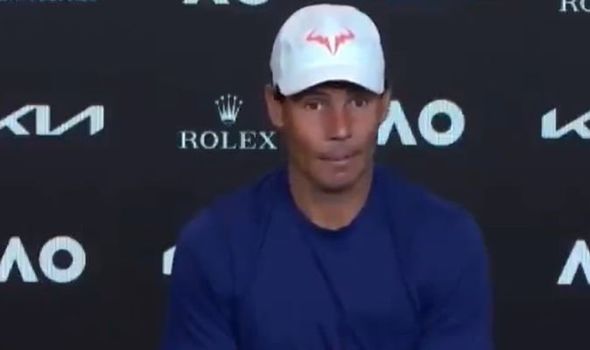 The ninth seed then posted his own message to supporters explaining why he had to retire.

“I’m really sorry to say that I got injured in the last match I played. I felt something on my ab,” he said.

“I thought it wasn’t something really big but the next day when I woke up I felt it was big so I spoke to the doctors and they told me it can get worse, so it’s not worth the try.

“I’m not 100 percent. To beat these guys, you have to be 100 percent and it’s not really professional to step in when you’re not the best.

Watch the Australian Open live on Eurosport and Eurosport Player

“It’s just bad luck I was feeling it (the injury) especially on my second serve. I don’t know why, what’s the explanation, but I was feeling a lot (of pain). I couldn’t play.

“I really tried hard, but unfortunately I’m not able to play tonight.”

Meanwhile, Nadal explained how difficult it was to play on while trying to mask an injury.

He said: “It’s difficult to hide things. I think it’s not healthy to hide a lot of things because it’s difficult. 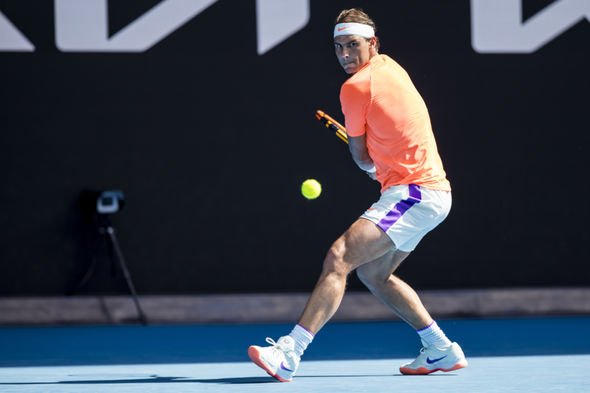 “I have been more public because we had the ATP Cup just before. Maybe if we didn’t have the ATP Cup before, people will know less, but at some point there’s people here (at the Australian Open) that knows when you are practicing, when you are not practicing.

“Even if you want to hide, at some point you’re going to have questions to answer. I don’t want to play that game, honestly.”