Jelena Dokic has criticised Naomi Osaka’s media ban at one of the sport’s grand slam events, and defended the right of the majors to uphold rules about speaking to the media.

If anyone can understand the unrelenting glare of the media spotlight it is Dokic, who faced tough questioning and mental-health battles as a young player, but Dokic warned about the “domino effect” that would unfold if tennis stars chose not to embrace media commitments. 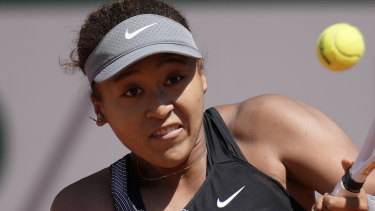 Naomi Osaka opted against continuing her campaign at Roland-Garros and will be taking a break from competition.Credit:AP

The Australian former world No.4, however, welcomed the bigger conversation that will stem from Osaka’s decision to be fined instead of fulfilling media obligations – a move that eventually led to the Japanese star withdrawing from the claycourt major and shedding light on her depression – reiterating a message that the media helped players become global superstars.

Before the tournament Osaka cited the way journalists quizzed players as adversely impacting her.

On Tuesday morning AEST, four-time major winner Osaka ended a stand-off with French Open organisers by opting out of Roland-Garros.

“This isn’t a situation I ever imagined or intended when I posted a few days ago,” the 23-year-old Osaka said on Twitter.

“I think now the best thing for the tournament, the other players and my wellbeing is that I withdraw so that everyone can get back to focusing on the tennis going on in Paris.

“I never wanted to be a distraction and I accept that my timing was not ideal and my message could have been clearer.” 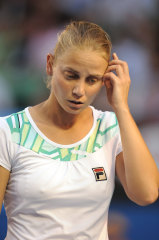 “She said in her statement – if you read it carefully – that she accepts a bit of responsibility there, that she didn’t communicate it very well and that she probably chose the wrong time to do it, which I would agree with.”

This episode could prompt reform, Dokic concedes, with potentially more flexibility as to when players who’ve lost eventually do media conferences.

“I’m in support of Naomi, and all about mental health. I’ve been there. I’ve battled depression, I’ve battled anxiety to the point of almost committing suicide.

“It’s a bigger conversation now, isn’t it? She has gone out and said she battles bouts of depression, which is very serious. I think everyone that needs to come together here.

“It’s the team around her – agents, family, even coaches, fitness coaches, everyone that’s around her needs to help.

“I think in the past we’ve seen with Naomi – she does get a little bit uncomfortable when she’s doing interviews, when she’s out in public, but it’s now a bigger conversation on everyone’s part – the grand slams, WTA, media, how they regulate that.

“It’s very hard to control the narrative. Obviously she got very upset with just getting those questions about her not being able to play on clay as well as on other surfaces. That really affected her.

“I understand the job that the media has to do. I do think that sometimes – like it was for example in my case, and I’ve said this in my book [as well as] since then – that the media went too far in making fun of my situation and my father. He was a punchline. He was a joke. That never should have happened.”

Jelena Dokic is commentating on Roland-Garros for Channel Nine.

There is live coverage of Roland-Garros nightly on Channel 9/9GEM and Stan Sport.