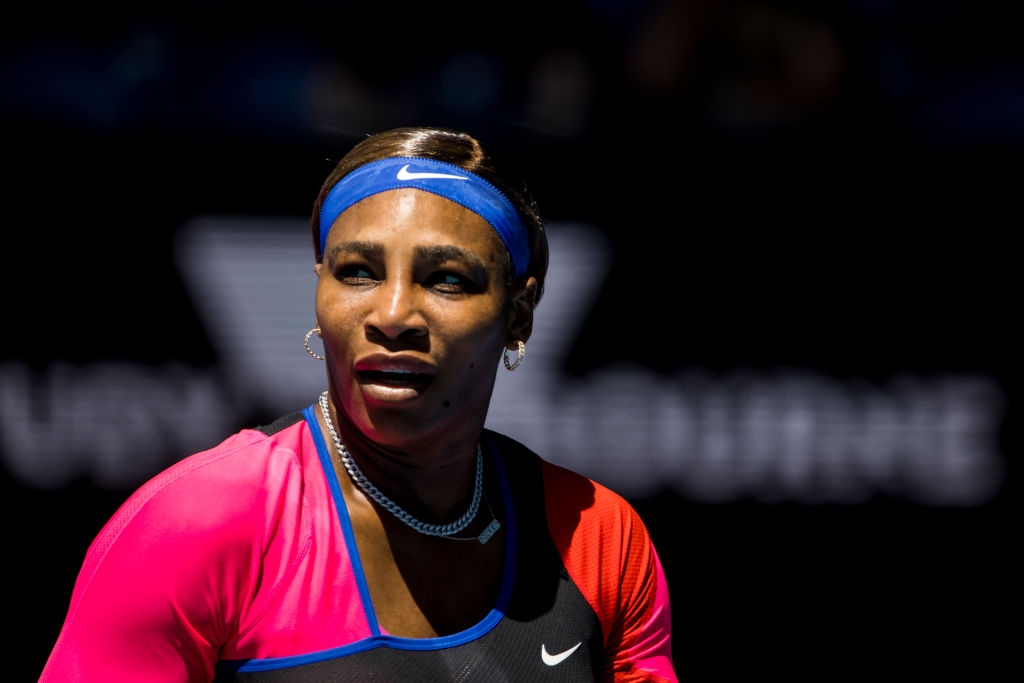 Naomi Osaka and Serena Williams both marched into the fourth-round of the Australian Open but fans will not be permitted entry to see their heavyweight last-16 ties after a snap lockdown was called in Melbourne.

Osaka and Williams are both yet to drop a set in the tournament and dismissed Ons Jabeur and Anastasia Potapova to set enticing encounters with Garbine Muguruza and Aryna Sabalenka.

Tennis fans, however, will be unable to attend as a five-day lockdown was called on Friday after five new cases were coronavirus cases were identified in Victoria across a 24-hour period.

While supporters will not be allowed to attend, the event will continue as planned with professional athletes and vital tournament staff considered to be essential workers.

Victorian Premier Daniel Andrew said sporting events like the Australian Open ‘will function essentially as a workplace’, adding: ‘But they will not function as an entertainment event because there will be no crowds.

‘And the workforce will be the minimum that is needed in order for that to be Covid safe and safe in lots of other contexts.’

Andrews distanced the spike in cases from the tournament and insists he is following public health advice to allow it to continue.

‘I don’t have advice to cancel the event on the basis that it’s unsafe,’ he added. ‘I just don’t have that. Again, I remind everybody, in case there is any sense of confusion, this case has got nothing to do with that event.

‘This case is a different matter. The advice that I have got is that we have to take these steps.You have to do what the advice tell us us to do and what we think is as proportionate as possible.’

Tennis Australia confirmed in a statement that fans with tickets in the affected period would be fully refunded.

Seeing supporters in full voice has been one of the major selling points of this tournament and Williams, who faces Belarussian world No. 7 Sabalenka for the first time on Sunday, admitted it’s disappointing to lose fans for the next five days.

‘But, you know what, at the end of the day we have to do what’s best. Hopefully it will be all right.’

She said of her next opponent, who thrashed Ann Li 6-3 6-1 on Friday: ‘She hits very hard.

‘She has a big, big power game. She’s a big girl. Strong like myself. So I think it will be a really good match – with no crowd.’

Sabalenka has been a dominating force in the WTA over the past couple of years but has struggled to make her mark at Slams and is yet to go beyond the fourth round.

This will be only her second last-16 match, having lost to eventual champion Osaka in the 2018 US Open.

‘It’s a big challenge, but it’s a tough one,’ said the 7th seed. ‘But I’m going to do everything I can to prepare myself for that match, like mentally be ready to get this win, actually, because, yeah, she’s huge and she’s a great player, and it’s always I think a big challenge to play against these kind of players.

Osaka will take on in-form Muguruza. Both players are yet to drop a set in their first three rounds and have dropped just 23 games between them.

‘I don’t think we’ve played each other before,’ Muguruza, the 14th seed from Spain, said.

‘Just looking forward for a fourth round, a good fourth round, playing the top players. I feel like that’s always the right way, you know, a good sign. Just expecting a good match.’