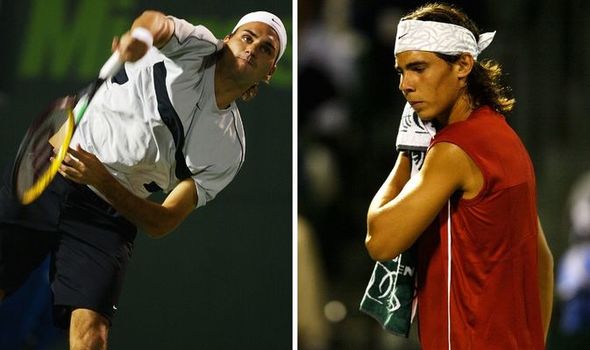 “We’ll see how strong he will be in two years. But the start to his career has been incredible.”

That was the response from Roger Federer soon after walking off the court having suffered a surprise straight-sets defeat in the third round of the then Nasdaq-100 Open in Miami to a teenager called Rafael Nadal from Spain.

It was a setback for Federer, who was the top seed and world No 1, having won his second Grand Slam title at the Australian Open a couple of months before.

But Federer can be forgiven for not knowing that this match would only be the beginning of one of the greatest rivalries in sports.

Federer came into it far from his sharpest after a gruelling match with Tim Henman at Indian Wells the previous week.

After a first-round bye, Federer beat Russian Nikolay Davydenko in round two to set up a match with Nadal.

The 17-year-old came into the tournament ranked just outside the top 30 but with a big reputation and an even bigger forehand.

And the early stages of the match were an early glimpse into the pain Nadal would later cause Federer down the years. 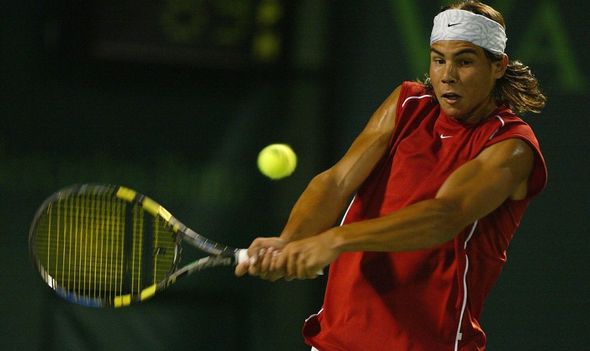 And his beautiful footwork to dance around his backhand to hit a forehand meant Federer was never able to get a foothold in rallies.

Most of the crowd at Crandon Park wouldn’t have known too much about the precocious teen they were watching but when Nadal took the opening set 6-3 after a Federer backhand error, they knew they were seeing someone special.

Despite feeling under the weather, Federer still produced some excellent shotmaking, especially on his forehand side.

But Nadal earned himself the crucial break in the second set with the type of play we are now accustomed to seeing as he scampered deep beyond the baseline to make Federer hit an extra shot just when it seemed the Swiss had the advantage in the rally.

And on his second match point, Nadal would claim the biggest win of his career so far after he attacked Federer on his backhand side once again and finished with a smash at the net.

Commentator John Barrett said at the end: “A quite astonishing win by a young man, whose progress is so fast and so rapid, that one wonders where it will all end.”

Sixteen years later, Nadal has 19 Grand Slam titles, 12 of them at the French Open, is a five-time year-end No 1, an Olympic gold medalist in singles and doubles and is without question one of the best players to ever play the game.

After the match, Federer admitted to being impressed by what he saw from Nadal and thankfully for tennis the young man from Mallorca has certainly fulfilled the potential he showed that day.