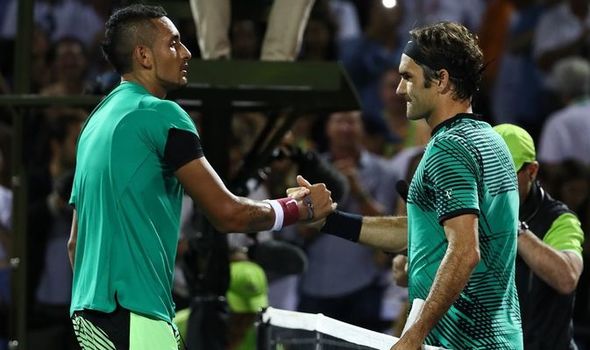 After being forced to miss the second half of the 2016 season due to injury, Roger Federer was enjoying a renaissance year in 2017. The Swiss star won his fifth Australian Open in January and then won the BNP Paribas Open at Indian Wells for the first time since 2012.

He then headed to Miami with the aim of completing his first ‘Sunshine Double’ in 11 years and reached the semi-finals, where he would come up against an inspired Nick Kyrgios.

Kyrgios won the only previous meeting in three tiebreak sets at the Madrid Masters in 2015.

The Aussie’s game was ideally suited to the conditions in Miami with his booming serve and he was playing in back-to-back semi-finals at the event.

Coming up against the unpredictability of Kyrgios is always tricky and it was no different in the first set as he brought out his full array of shots at Crandon Park.

The serve was the dominant factor and in a dramatic tiebreak, it was Federer that squeezed through 11-9 and led Kyrgios to smash his first racket of the night.

At the start of the second set, Kyrgios regained his cool and caught out Federer with a sublime shot through the legs.

Federer later got some revenge when he chased down a Kyrgios drop shot and flicked the ball nonchalantly into the corner.

Just like in the opening set, the second set went to a tiebreak and Federer had two match points to finish off Kyrgios in just over two hours. 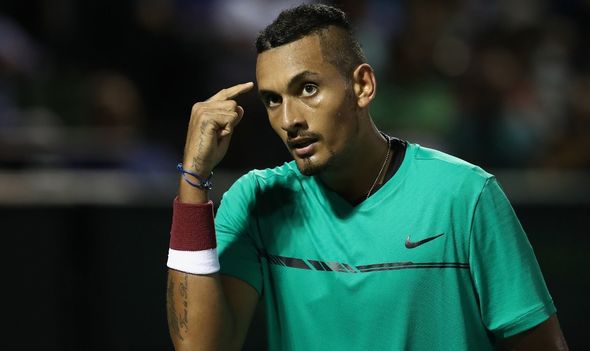 But he failed to take them and on his third set point, Kyrgios slammed down an ace to force a deciding set.

In what had become an engrossing battle, the high level from both men rarely dropped as they took turns to hit incredible winners.

As the match went into its third hour, the two players fought out another tiebreak contest.

Kyrgios was two points from victory as he led 5-4 on his own serve but a call from the crowd put him off and caused him to shank the ball out of play.

Kyrgios fumed at the spectator and then to compound matters, he would then serve a double fault to hand Federer his third match point at 6-5, one hour after his last.

But this time the Swiss made no mistake, hitting a big first serve into the corner which Kyrgios failed to get back in play.

Federer roared with delight while Kyrgios destroyed his second racket of the night in frustration and made a quick exit.

“It did feel very good, because you don’t very often play three breakers in a match. It’s nice to win those and winning breakers is always such a thrill,” said Federer.

“It’s great winning this way, especially because I remember the loss against him a few years ago, It was rough.”