Novak Djokovic’s family ended their press conference abruptly after being asked why the world No.1 attended an event in Belgrade despite testing positive for Covid.

The 34-year-old won his legal battle to remain in Australia on Monday after a federal judge overturned the government’s decision to cancel his visa.

During his interrogation with Australian border officials, Djokovic revealed that he is unvaccinated and tested positive for Covid on December 16, which gives him a medical exemption to enter the country and compete at the Australian Open without taking the vaccine.

But pictures appear to show Djokovic attending an awards ceremony with children in Belgrade the day after his positive test.

French newspaper L’Equipe also claim that Djokovic attended a photoshoot with them on December 18.

At the family press conference on Monday, Djokovic’s brother, Djordje, confirmed that the world No.1 had tested positive on December 16, as per the court documents which have been made public.

But when asked if Djokovic attend the event in Belgrade after testing positive for Covid, Djordje replied: ‘Okay, so this press conference is adjourned at the moment, thank you for your attention.’ 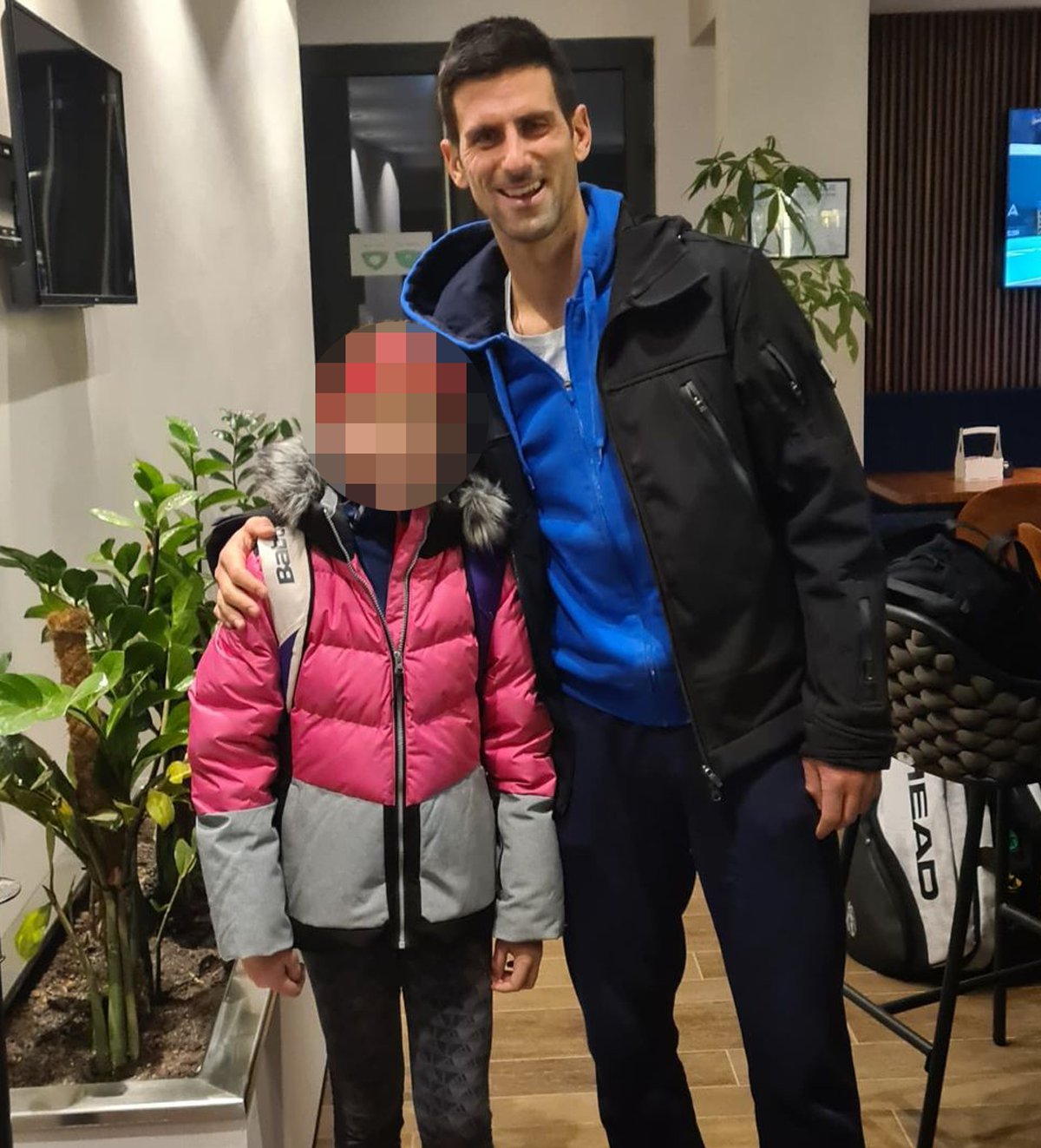 During the press conference, Djokovic’s mother, Dijana, claimed her son was subjected to ‘torture’ and ‘harassment’.

‘He always fought for justice. He’s done nothing wrong, he hasn’t broken any of their laws and he was subjected to torture, to harassment,’ she said.

‘He fought against that system and the government because he thought he had the right to be there and he went there to win the tournament.

‘This was extremely difficult and these six days we have tried to fight for him, to make sure the voice is heard around the world. There’s been a spectrum emotions: sadness, fear, disappointment, there have been moments when he didn’t have his phone with him.

‘There are moments we didn’t know if he was OK, if he’d eaten, if he was safe. Those are the moments I will not get over quickly, I think every mother in the world will understand me.

‘We all fought to show justice has been done. Thank God there is still justice in this world. I think this is his biggest win in his career, bigger than any Grand Slams.’

TRANSCRIPT FROM THE FINAL MOMENTS OF DJOKOVIC’S FAMILY PRESS CONFERENCE

Reporter: Is it true that on December 16 he did test positive and he knew he was positive for Covid?

Djordje Djokovic: Yes, the whole process was public, and all the documents that are public are legal.

Reporter: Was he at an event on December 17 in Belgrade?

Djordje Djokovic: ‘Okay, so this press conference is adjourned at the moment, thank you for your attention.’

Djokovic did not attend the press conference via video link but said in his first social media post after the court’s verdict that he intends to compete at the Australian Open.

‘I’m pleased and grateful that the judge overturned my visa cancellation. Despite all that has happened, I want to stay and try to compete at the Australian Open,’ Djokovic wrote in his message.

‘I remain focused on that. I flew here to play at one of the most important events we have in front of the amazing fans.

‘For now I cannot say more but THANK YOU all for standing with me through all this and encouraging me to stay strong.’

Djokovic could still be deported as Australia’s immigration minister, Alex Hawke, has the ‘personal power’ to revoke the visa at any time, even though a decision was not made after the court’s ruling on Monday.

A spokesperson for Hawke said on Monday evening: ‘Following today’s Federal Court determination on a procedural ground, it remains within Immigration Minister Hawke’s discretion to consider cancelling Mr Djokovic’s visa under his personal power of cancellation within section 133C(3) of the Migration Act.

‘The Minister is currently considering the matter and the process remains ongoing.’

Djokovic is aiming to win the 10th Australian Open title of his career, with the tournament due to begin on January 17.