As if the US Open did not have enough problems, an off-court revolution and split among the male players is in the air only a day before it starts.

Novak Djokovic is leading moves to form a new association to represent the players against the tournaments, and was hoping a large number would sign up at a special meeting in New York.

There was evidence of division before it even began, however, with British No 1 Dan Evans among the first to express misgivings. 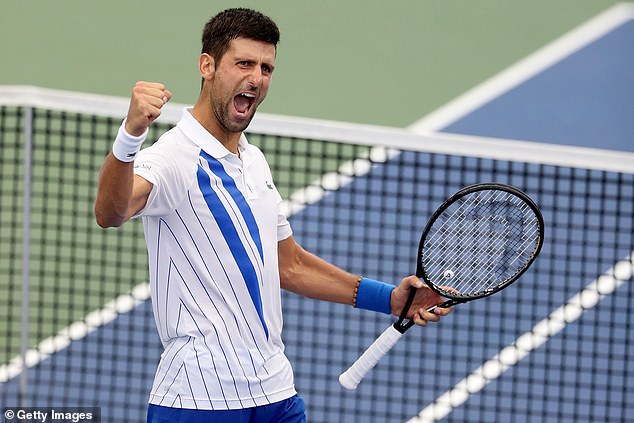 He is wary of splitting up the creaky commercial alliance between players and non-Grand Slam tournaments that has been the basis of the ATP Tour for the past 30 years.

Evans, seeded 23 for the Open, reported that there have been ‘passive-aggressive’ discussions between those on opposing sides in the locker room.

‘I think now is horrible timing to be talking about that sort of thing,’ said Evans, referring to the host of other problems the sport faces.

‘For what it’s worth I think the ATP do a great job for us and I won’t be signing the whatever it is, sheet of paper they want. It’s very rushed I think.

‘It’s very tough to make a decision like that in some group chat, a few emails flying around. We have to be careful what we wish for. The bigger tournaments will only want the top players. I had a conversation yesterday with someone in the changing room and I played devil’s advocate on the ATP side. It wasn’t taken very well.’ 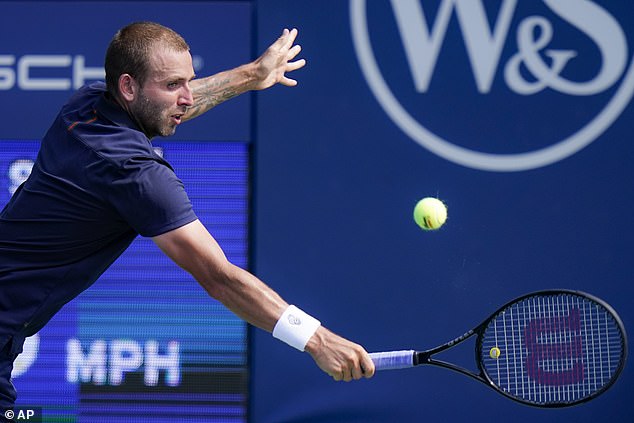 The sport’s mash-up of governing bodies, including Wimbledon, issued a call for unity, but there does appear to be plenty of support for Djokovic.

That the Serb should still be the highest-profile driving force behind the move is fairly extraordinary, given that he was the main organiser of the worst, most irresponsibly-staged event in modern tennis history barely two months ago.

His Adria tour events in the Balkans, which sought to ignore the dangers of coronavirus, had to be abandoned after the spate of positive tests that duly followed them.

The actual idea of a pure union does not lack merit from a player point of view, and many have been dissatisfied with the current ATP leadership.

The tin-eared failure of senior staff such as chairman Andrea Gaudenzi to take a solidarity pay cut in recent months has especially incensed the players. 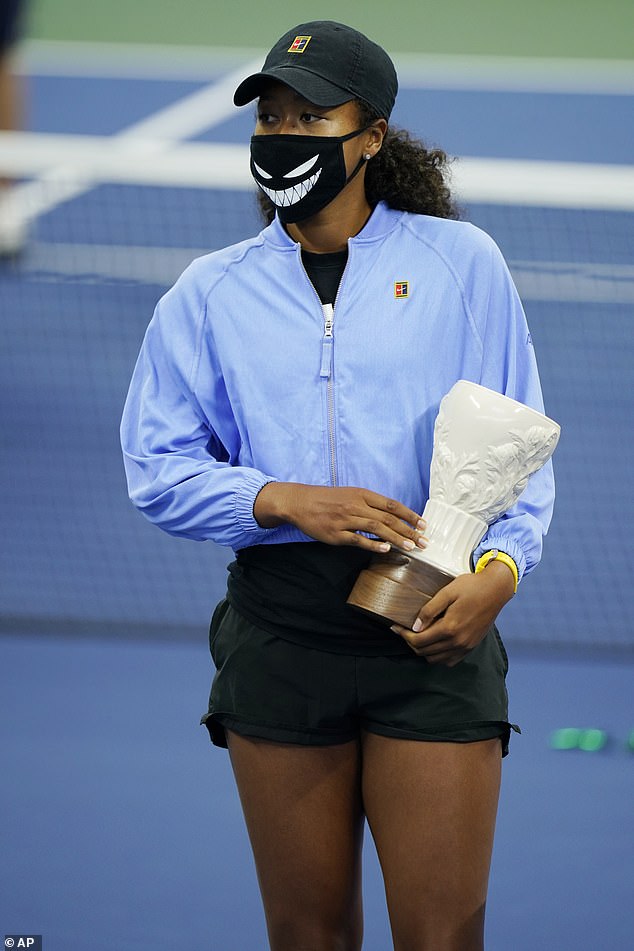 They seek to be consulted more. For example, far from everyone was happy at the Naomi Osaka-inspired sudden cancellation of Thursday’s ‘Cincinnati’ play in New York as a protest at the shooting of Jacob Blake, although there has been a reluctance among players to express that publicly.

Perhaps significantly, this has all been going on in the absence of Rafael Nadal and the injured Roger Federer, who have been voices of moderation in spats between players and tournaments.

Responding to Djokovic’s latest move, Nadal said on Twitter last night that ‘separation and disunion is definitely not the solution’.

Nadal and Federer’s absence, and that of six of the women’s top 10, only adds to the unprecedented circumstances around the coming fortnight. A robot that roams around the main player hotel out on Long Island sums up the peculiar atmosphere enveloping what will be the strangest Grand Slam event in nearly 50 years.

At events like the US Open top tennis players are used to having their every need looked after by concierges. This time the most arresting sight in the lobby is an upright, mobile temperature-testing machine, which randomly moves around on wheels, checking that nobody is over the limit.

It is one of the more extreme examples of the lengths the US Tennis Association have gone to in order to preserve a safe environment for participants. But the measures have not been enough to persuade everyone, notably most of the top ten women and defending men’s champion Nadal.

Not since 80 men boycotted Wimbledon in 1973 over a dispute involving the Davis Cup, or the distant days when the Australian Open and the odd Roland Garros saw some poor players turnouts, has one of the big four tournaments seen such a depleted field. It all starts tomorrow after the most difficult of births over several months when the sport’s international nature has proved a huge obstacle in the quest to return to normality.

Djokovic, who defeated Milos Raonic 1-6, 6-3, 6-4 in last night’s final of the relocated Cincinnati Open at Flushing Meadows, is leading the charge from his privately rented house on Long Island. Eight players in total have taken up this hugely expensive option, which requires paying 24-hour security to monitor their movements.

The rest are nearly an hour away from the Flushing Meadows site in two hotels, where the USTA is trying to keep everyone amused. Distractions have included an outdoor cinema and a mini golf range.