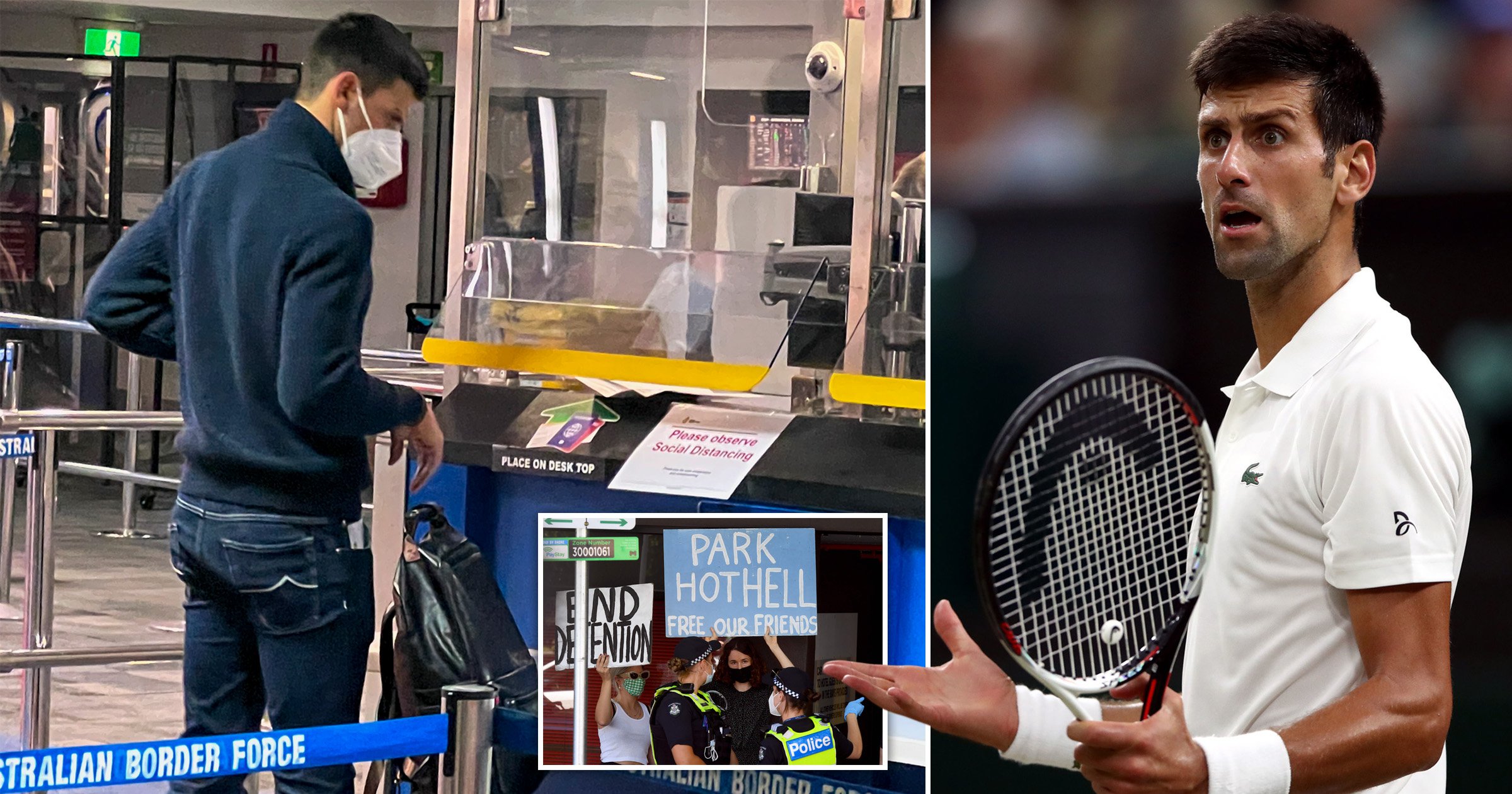 The Australian government’s decision to cancel Novak Djokovic’s visa has been sensationally overturned, meaning he won’t be deported from Australia.

Federal Court Judge Anthony Kelly reinstated the visa and ordered he be immediately released from the immigration detention hotel he’s been held at since early Thursday morning.

Judge Kelly also ordered the Australian government to pay Djokovic’s legal costs and his passport and personal items be returned to him immediately.

‘The decision to proceed with the interview and cancel that visa … was unreasonable,’ he said after an agreement was reached by Djokovic’s lawyers and lawyers for Home Affairs Minister Karen Andrews.

However, it remains to be seen if the world No.1 will compete at the Australian Open due to begin on January 17 with the Australian government’s counsel, Christopher Tran, revealing the immigration minister will consider exercising a personal power to cancel Djokovic’s visa.

The Serb’s legal term were arguing against border control’s original decision confirming that Djokovic tested positive for Covid last month and recovered and had therefore been granted a medical exemption to play at the tournament.

Djokovic had used that in a bid to get past Australia’s strict vaccination rules which has caused plenty of uproar and debate around the world.

The main reason for the decision to now be overturned comes down to the 34-year-old not being given enough time after notifying him of the intent to cancel his visa to speak to others and respond fully upon arriving at Melbourne airport.

His place at the Australian Open doesn’t appear fully confirmed yet with immigration minister, Alex Hawke, still able to personally intervene and decide to cancel his visa anyway on entirely new grounds.

We could end up back in court once again if that happens and Djokovic could then face being banned from Australia for three years if the minister decides to cancel the visa.

Djokovic has been detained at an immigration facility in Melbourne since Thursday morning after his visa was cancelled following scrutiny of the medical exemption for the Covid vaccine he had attained ahead of defending his title at the first Grand Slam of the year.

A lengthy court hearing on Monday. which was plagued by technical issues saw Djokovic’s lawyers present their case to the Federal Circuit Court as they explained how Djokovic was ‘utterly confused’ by the situation because he had done everything that was asked of him.

The government’s lawyers were set to put forward their case after lunch but after a lengthy adjournment, they returned and Judge Kelly had decided to quash the visa cancellation.

Djokovic tested positive for Covid-19 on December 16 and has never publicly revealed his vaccination status but has been thrust into the spotlight given it’s a requirement players at the Australian Open are vaccinated.

The 34-year-old has won the Grand Slam a record nine times and looks set to go in search of a record 21st career Grand Slam.