Tennis icon Novak Djokovic appeared to throw a jab in the direction of the sport’s up-and-coming stars after tasting defeat in the Italian Open final on Sunday afternoon. The Serb was beaten by Rafael Nadal over three sets in Rome, with the latter sealing his second ATP Tour title of the clay-court swing.

Djokovic found himself in a promising position at the end of the second set, enjoying all the momentum after drawing level with a commanding spell, but Nadal mounted a remarkable resurgence to claim the spoils.

The pair, along with fellow ‘Big Three’ rival Roger Federer, will have lofty ambitions ahead of the next Grand Slam of the season at Roland Garros, which is set to get underway at the end of this month.

However, they are likely to face a tough battle against the next generation of tennis talents, with the likes of Stefanos Tsitsipas and Dominic Thiem also vying for a French Open triumph.

The established trio of Djokovic, Nadal and Federer have dominated the sport for more than a decade, but they have all been defeated by various members of the ATP Tour’s chasing pack since the turn of the year.

The former unexpectedly lost to British No 1 Dan Evans at the Monte-Carlo Masters last month, while Nadal has been downed by Tsitsipas and Alexander Zverev. 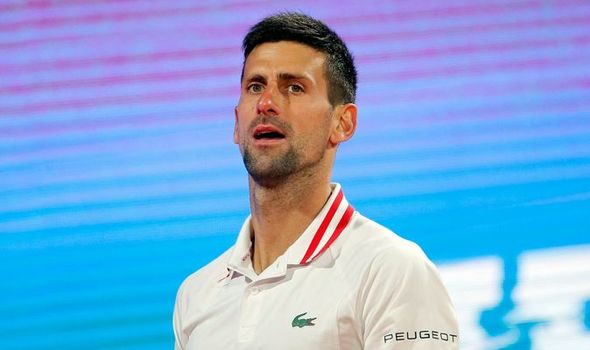 Meanwhile, Federer has rarely featured as he continues to strive for full fitness after a lengthy injury layoff, but the Swiss legend only scraped past Evans before he was beaten by 29-year-old Nikoloz Basilashvili at the Qatar Open back in April.

Despite the looming threat posed by the circuit’s rising stars, Djokovic appears to be confident that he, Nadal and Federer will maintain their shared position of power for the foreseeable future.

The 33-year-old suggested that he is far from worried when quizzed on the sport’s new wave after Sunday’s match.

“The Next Gen young people? Me, Rafa and Roger are reinventing the Next Gen,” said Djokovic. “We are the Next Gen.” 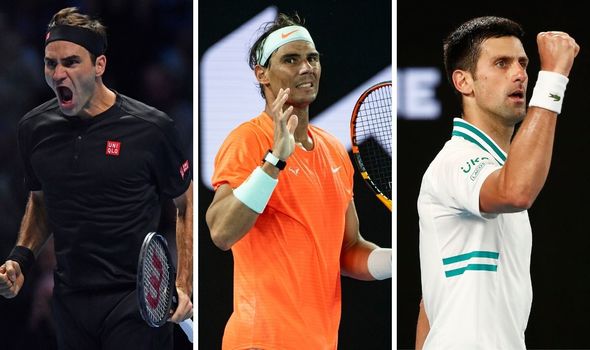 The ‘Big Three’ have rarely been troubled for silverware over the course of their lengthy reign at the top, winning 58 of the 70 available Grand Slam titles since Wimbledon in 2003.

Thiem scooped last year’s US Open but he was undoubtedly aided by Djokovic’s absence after the Belgrade native was disqualified for hitting a line judge with a ball.

Boris Becker recently criticised the failure of the next generation to overthrow the existing top dogs, suggesting that the majority of the younger contenders lack the necessary desire to make things awkward for their elder statesmen.

“The young guns are missing a bit of guts,” Becker told Eurosport in January. “A bit of balls. A bit of: ‘OK, I’m here and I want to win, and I’m going to do whatever it takes’. 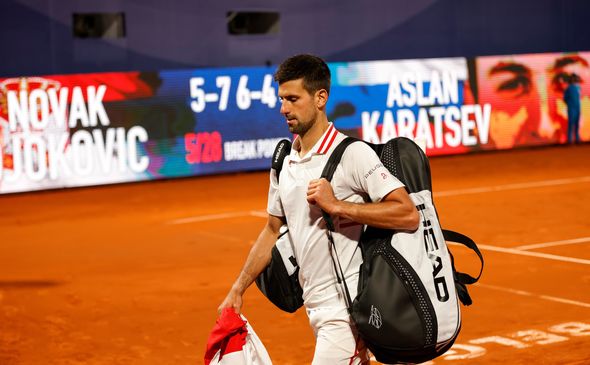 “They all fit into the system a little bit and the question is who is advising them, who is coaching them. I think the whole picture knowing what it takes to win a major is not there with the younger players.

“You don’t want to see Federer at 45 years old still winning against someone half his age! I think we should, in context, be a little more critical of them to wake them up.

“Everyone is catering to them and sugar-coating them [but] they are not winning any majors. That’s not good.”