Serena Williams announces she is ‘evolving away from tennis’

Novak Djokovic is yet to deliver confirmation over his participation at the US Open. It seems unlikely that the 21-time Grand Slam champion will compete at Flushing Meadows over his refusal to be vaccinated against COVID-19.

Current guidelines state that foreign nationals entering the US will be denied entry unless they can provide proof of a double vaccination. Djokovic has not been vaccinated, a stance that saw him infamously deported from Australia in January. Express Sport analyses Djokovic’s options ahead of an important few days, with the US Open starting on August 29.

Pull out before the draw

Djokovic pulling out of the US Open before the draw takes place on August 25 would be the simplest option in terms of the logistics of the tournament. Organisers would merely need to shift each seed up a place.

Djokovic is currently ranked No 6 in the world but is the fifth seed for the US Open due to Alexander Zverev’s withdrawal due to an ankle injury. Should Djokovic pull out, every seed below him will simply jump up a place – as they have done following Zverev’s omission.

Seventh-seed Casper Ruud would become the sixth seed, while eighth-seed Felix Auger-Aliassime would jump to seventh. As only the top 32-ranked players are seeded, the 33rd-highest ranked player in the draw – Miomir Kecmanovic – would become seeded.

JUST IN: Kyrgios subject of defamation case by lawyer kicked out of Wimbledon 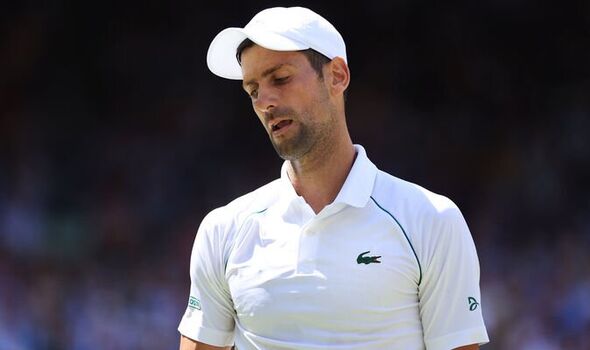 Pull out after the draw

A withdrawal after the draw takes place would make things slightly more complicated. The International Tennis Federation Grand Slam rulebook states: “Any vacancy created by the withdrawal of a seed prior to the release of the Order of Play for the first day of Main Draw shall be filled as follows: If the withdrawal is among seeds 5 to 16, the 17th seed is moved into the open position and the 17th position shall be filled by the next highest ranked player eligible to be seeded.”

As Djokovic is the fifth seed, if he withdraws after the draw – but before the Order of Play for the first day is released – then 17th-seed Roberto Bautista Agut becomes the No 5 spot vacated by Djokovic, and Kecmanovic would move up into the 17th spot.

But Djokovic could decide to wait. The Serb might decide that he wants to see if the rules will change right up to the very last moment. If that happens, his place in the draw will go to a ‘lucky loser’. This is a player who lost in the last qualifying round. 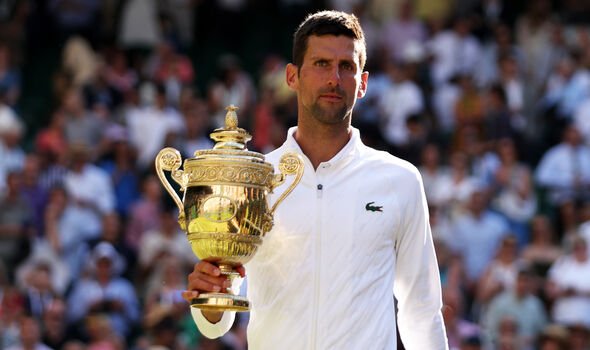 Of course, Djokovic could avoid the pre-Grand Slam circus by getting vaccinated against Covid. Given that individuals must wait 28 days before a second dose, that would all but certainly rule him out of the US Open – but it would give him the green light for all future events.

Djokovic has made his position absolutely clear, though: He is willing to miss Grand Slams over his stance. “Yes, that is the price that I’m willing to pay,” Djokovic told the BBC in February when asked if he was prepared to be barred from tournaments.

The 35-year-old has denied that he is part of the anti-vaccine ‘movement’ but says it is ultimately down to him what he does with his body.  “I have never said that I am part of that movement. The principles of decision-making on my body are more important than any title or anything else.

“I’m trying to be in tune with my body as much as I possibly can. Based on all the information that I got, I decided not to take the vaccine, as of today.”