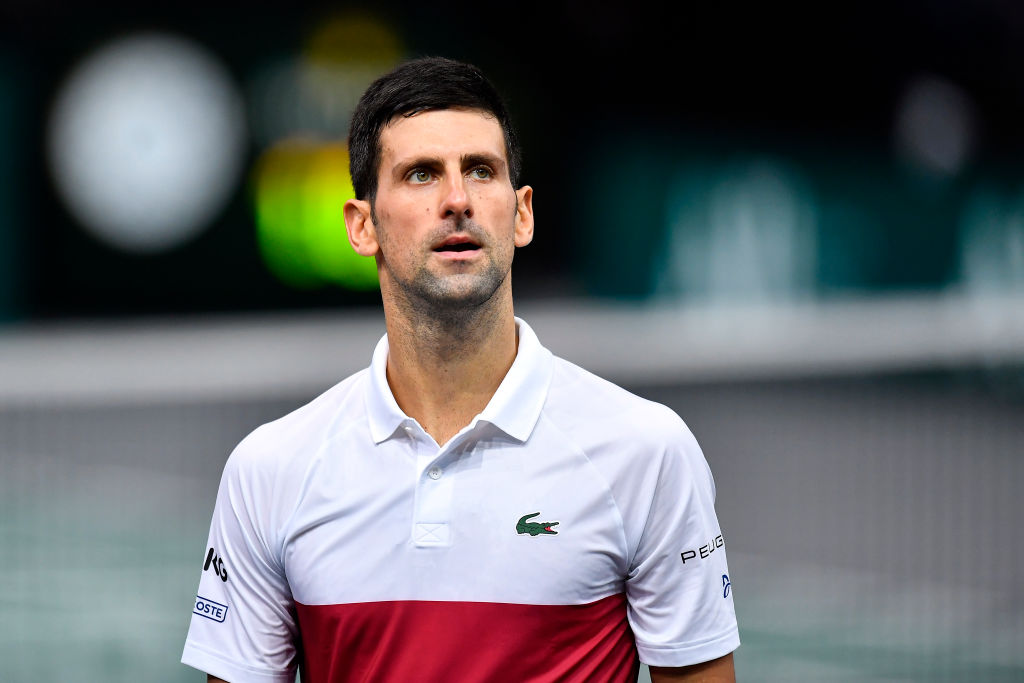 Novak Djokovic has thanked fans for their support while he remains in a detention hotel awaiting confirmation on the outcome of his visa appeal.

It’s the Serb’s first social media post since being detained at Melbourne airport after his visa was denied ahead of the Australian Open.

‘Thank you to people around the world for your continuous support. I can feel it and it is greatly appreciated,’ he posted on his Instagram story.

Djokovic also posted a Christmas message to his 9.8million followers with today (January 7) being the day Serbs celebrate Christmas Day.

He said: ‘The peace of God. A Christ has been born. Merry Christmas. May God’s love strengthen and fulfil you.’

The world No.1 has been at the Park Hotel in Carlton after being denied entry to the country following visa complications and now has to wait until Monday to see if he will be deported.

Djokovic has been granted a medical exemption to compete at the Australian Open, due to start on January 17, with the 34-year-old not revealing if he’s vaccinated against coronavirus or not – a requirement for players to participate in the first Grand Slam of the year.

As the 20-time Grand Slam champion waits for Monday to come round, fans have gathered outside his hotel room with flags to show their support.

Djokovic has been spotted blowing kisses to his supporters from his window and looked in good spirits but his mother claims he is struggling in quarantine.

‘I spoke with him a couple of hours ago, he was good, we didn’t speak a lot but we spoke for a few minutes. He was trying to sleep, but he couldn’t,’ Dijana Djokovic said at a press conference in Belgrade on Thursday.

‘As a mother, what can I say, you can just imagine how I feel, I feel terrible since yesterday, the last 24 hours.

‘They are keeping him like a prisoner, it’s just not fair, it’s not human. I hope he will stay strong as we are also trying, to give him some energy to keep going. I hope he will win.’

‘His accommodation [is] terrible. It’s just some small, immigration hotel, if it is a hotel at all. With bugs, it’s all dirty, the food is terrible.

‘They don’t want to give him a chance to move to a better hotel or a rented house.’