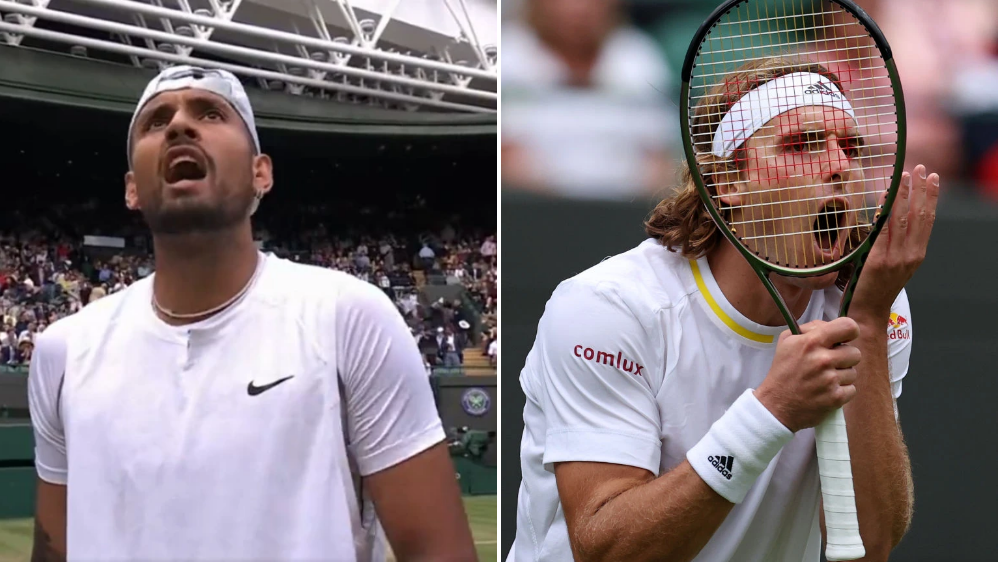 Nick Kyrgios ‘rattles top tennis players’ but also ‘does a lot of good’ and brings fresh interest to the sport, according to fellow Australian Max Purcell.

Kyrgios produced his best Grand Slam run to date at Wimbledon 2022, finishing as runner-up to Novak Djokovic after an incident-packed final which saw him face jeers for a controversial underarm serve and getting a ‘drunk’ heckling fan ejected.

His path to the Championship match also had various flashpoints, such as when he called a line judge a ‘snitch’ and when world No.4 Stefanos Tsitsipas labelled Kyrgios an ‘evil bully’ following a tense third-round match between the players.

Purcell, who won the men’s doubles title alongside Matthew Ebden at SW19 this year, knows Kyrgios well having faced him in the 2022 Australian Open doubles final, and defended his compatriot when quizzed about his notorious antics.

Purcell also pointed towards his charity work through the NK Foundation, an organisation set up by Kyrgios to allow young people from underprivileged backgrounds to play sports such as tennis and allow them to have safe spaces.

‘I’m always going to be watching when Nick Kyrgios is playing, especially if he’s playing someone at the top,’ Purcell told Metro Sport. ‘Nick’s going to rattle the guys at the top a lot.

‘For a guy who isn’t at the top of the sport, and to still have his own charity… all the comments he gets for not being the greatest person, he does a lot of good.

‘It’s nice listening to Nick’s honesty. There needs to be more of that in tennis. The way he answers questions is a lot more interesting.’

Kyrgios recently opened up about his battle with mental health and struggles with suicidal thoughts, self-harming and binge drinking.

He is also facing an assault charge for an alleged incident with his ex-girlfriend Chiara Passari, which is said to have occurred in December 2021.