‘We went out, had a really great time and I’m pretty sure we went pretty hard’: Nick Kyrgios admits he was HUNGOVER when he beat Rafael Nadal in 2017 Cincinnati Open

Australia’s Nick Kyrgios has admitted to being hungover when he beat Rafael Nadal in the quarter finals of the Cincinnati Open in 2017.

Kyrgios progressed into the semi-finals after winning by 6-2 7-5 in around one hour and 20 minutes but says he ‘struggled’ to move due to his hangover.

Kyrgios explained how he went on a night out and partied ‘hard’ with his friend and comedian Elliot Loney just over 24 hours before his clash with the world No 1. 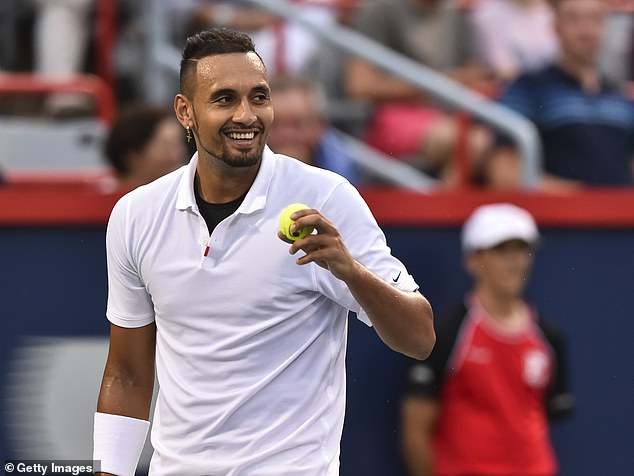 During Loney’s podcast, the Australian bad boy reflected on his decision to go out before the crunch game.

‘I’ve always lived by one thing. If I am willing to party and to have a night out with the boys, and I am in tournament mode, I’ll go out but I have to do something the next day, whether that’s train or do half an hour,’ he said on Loney’s podcast.

‘But that [game against Rafa] was not different.

‘We went out, we had a really great time. I’m pretty sure we went pretty hard.

‘A day and a half later I saw the draw and I was like you know I’ve got to play Rafa.

‘Nothing changed, I already told you what I think of these players. I don’t give them respect just because of who they are and what they have achieved. 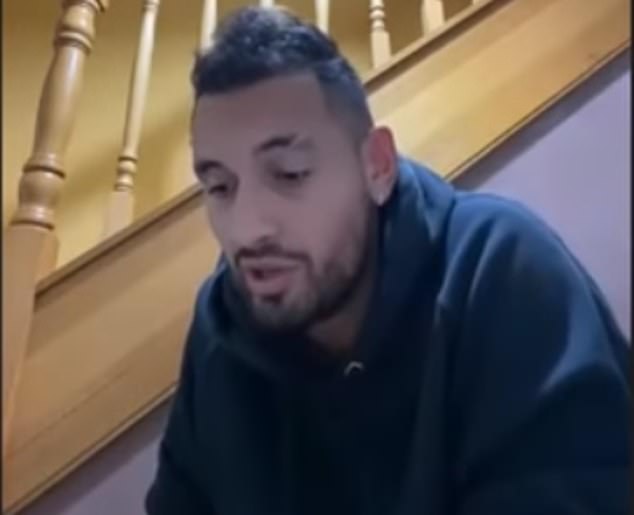 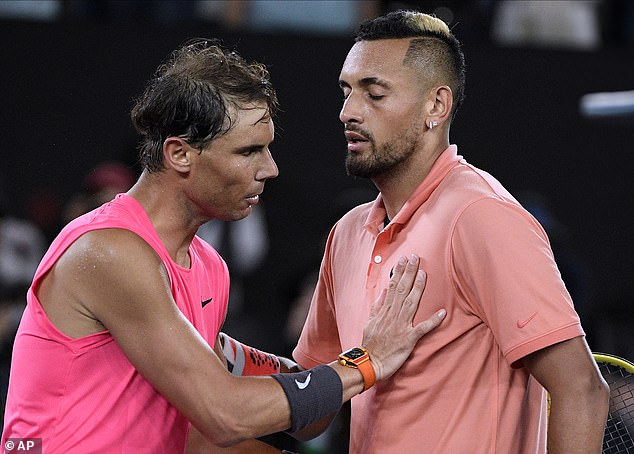 ‘I am just going to go out there and play big.

‘And the stars aligned for that night and it’s that simple really.’

Despite his hangover, Kyrgios, who was ranked 23rd in the world, was up a double break in 10 minutes and even pulled off an in-between-the-legs trick shot on his way to a 4-0 lead.

He went on to hit ten aces against the 15-time grand-slam winner to land himself in the semi-final against David Ferrer.

Though he does admit such lifestyle choice and success in his sport are not compatible.

‘I don’t think consistently you can do that but I’ve had a couple of times in my career where I have somehow pulled it together.

‘Consistently doing it at the top, it’s not possible. It has caught up with me a little bit with my physicality and not being as consistent, for sure.