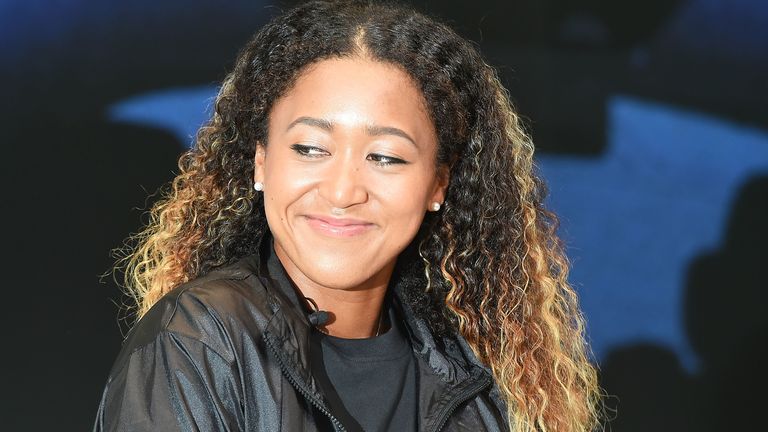 After she eclipsed tennis great Serena Williams to become the top-earning female athlete, we look at Naomi Osaka’s fairytale rise.

Osaka’s quirky personality and attacking style of play have combined to make her one of the world’s most marketable sports stars.

According to Forbes.com, she has now surpassed 23-time Grand Slam singles champion Williams, who had led the way among women in terms of earnings in each of the past four years.

Part of the stable of management group IMG, Osaka currently has 15 sponsorship deals, including with global brands such as Nike, BodyArmor, Nissan Motors, MasterCard, Shiseido and Yonex.

fast and the furious : 大坂 drift

fast and the furious : 大坂 drift

We will me make it happen. Keep breaking those records 🙏🏿 https://t.co/G8b0yewA47

Osaka is of mixed heritage – she has a Japanese mother, Tamaki, and Haitian-American father, Leonard Francois, whose passion for tennis came from watching Venus and Serena playing together to win the French Open doubles title in 1999.

The family established their residence in Osaka, Japan, along with Naomi and her sister Mari for a while before they moved to Long Island, New York.

“I don’t remember liking to hit the ball,” Naomi told the New York Times. “The main thing was that I wanted to beat my sister. For her, it wasn’t a competition. Every day I’d say, ‘I’m going to beat you tomorrow.'” NBA’s suspended but at least I got the memories of this pic to fall back on. I title this “Lebron’s getting jiggy with it” lol

NBA’s suspended but at least I got the memories of this pic to fall back on. I title this “Lebron’s getting jiggy with it” lol

In 2006, they moved to Florida, where Naomi was able to use better training facilities. She turned professional shortly before her 16th birthday.

Osaka made it through to her first WTA final at the age of 18 at the Pan Pacific Open before her 2017 US Open first-round victory against defending champion Angelique Kerber put her name on the tennis map.

The Japanese star then began a momentous 13-month partnership with coach Sascha Bajin in which she rose from No 72 to the top of the world rankings, winning the Indian Wells title and then claiming back-to-back Grand Slams at the US and Australian Opens.

Osaka’s endorsement portfolio and social media following quickly grew, with her fans including TV host Ellen DeGeneres and supermodel Naomi Campbell. But the fast-rising star was careful to retain perspective. “My next goal is to win the next tournament I play,” she commented.

Despite all the success, Bajin parted ways with Osaka after the tournament in Melbourne. She refuted rumours that the two had fallen out over money.

“Everyone thinks it was a money-related issue, but it wasn’t,” Osaka told the WTA. “For me, that’s one of the most hurtful things I’ve ever heard. I travel with everyone on my team, I see them more than my family. I would never do that to them.” 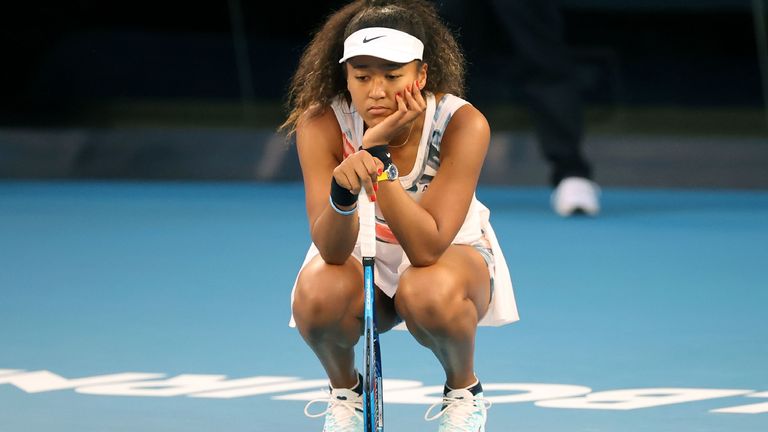 [email protected] on the cover of @GQJAPAN drawn by her sister Mari pic.twitter.com/5kuJc4FrCD

Osaka hired Jermaine Jenkins, a former hitting partner for Venus Williams, but after going out in the fourth round of the 2019 US Open to Belinda Bencic, she announced the partnership was over prior to the Asian swing.

With her father Leonard Francois filling in as coach, Osaka won back-to-back titles at the Toray Pan Pacific Open and the China Open before pulling out of the season-ending WTA Finals with a shoulder injury.

She has since hired experienced coach Wim Fissette, who once guided former world No 1 Kim Clijsters to three Grand Slam titles, as well as working alongside British No 1 Johanna Konta. me and my mom lol.

me and my mom lol.

But Osaka’s Grand Slam season got off to the worst possible start when she was outplayed by American teenager Coco Gauff in the third round of the Australian Open.

She has since slipped slightly to No 10 and spoken repeatedly about finding it hard to get used to the attention.

Among the things the famously-quiet Osaka wants to change is voicing her opinions more than she had been doing.

“I just want to take the quarantine time to think about everything, and for me, I have a lot of regrets,” Osaka said. “I’ve held my tongue and things kept moving in a way that I didn’t really enjoy. I feel like if I asserted myself I would have gotten the opportunity to see what would have happened.”

“The future is exciting because you never know what’s going to happen,” Osaka said, in a recent Nike collaboration.