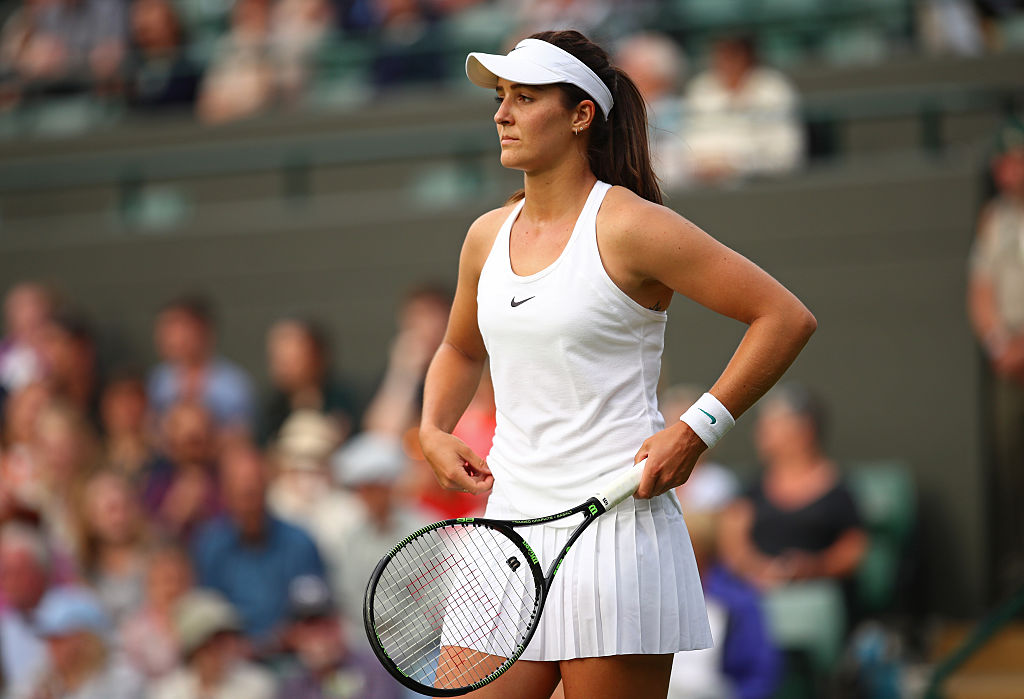 Laura Robson has been forced to retire from tennis at just 28 years old as injuries have brought a painfully early end to her career.

Robson won the junior Wimbledon title at 14 years old and was just 18 when she won Olympic silver alongside Andy Murray in the mixed doubles.

She reached a high of number 27 in the world rankings and her best run at Grand Slams saw her make the fourth round at Wimbledon and the US Open.

However, a string of injuries, firstly to her wrist and latterly her hip, have brought about an early end to her career on the court.

‘I went through every possibility of rehab and of surgery,’ Robson told the BBC.

‘I had another hip surgery and probably did the best rehab block of my life – I went to all the best specialists and had some incredible people that I was working with just to get me back on court – and then the second time I hit, I just knew.

‘It feels weird to say out loud, but I’m done, I’m retired.

Clearly it is bitterly disappointing and Robson admits that she will be left underwhelmed by her immensely promising but ultimately short tennis career.

‘I think I’m always going to have the feeling that I could have done more, unfortunately,’ she said.

‘I feel like if I had just had another year or two of being healthy, I don’t know what I could have achieved.

‘But I’m really proud of the Olympics, of playing Fed Cup – playing for your country in any way was always one of my favourite weeks of the year – and I think playing Wimbledon and the US Open the time that I did well, I will have those memories forever.’