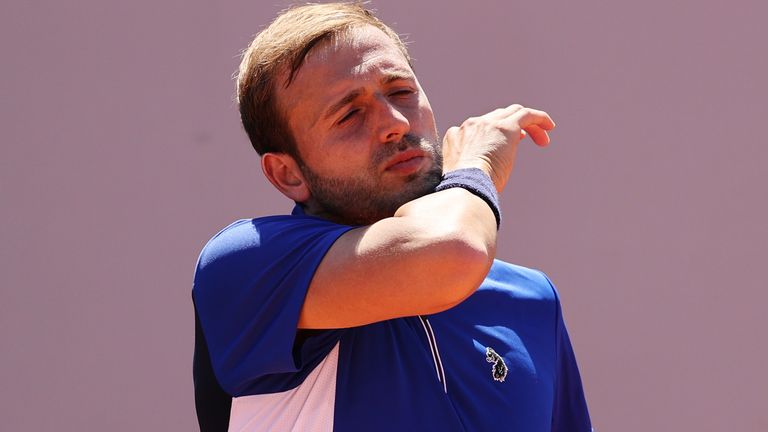 Dan Evans made a disappointing early exit at the French Open after he was unable to build on a strong start against Serbian Miomir Kecmanovic on Sunday.

This was the British No 1’s fourth time in the main draw at Roland Garros and he is yet to make it through to round two, going down 6-1 3-6 3-6 4-6 on this occasion to 21-year-old Kecmanovic.

Clay has always been Evans’ weakest surface but expectations had been raised by his success on it this season, including a stunning victory over Novak Djokovic on his way to the semi-finals of the Monte Carlo Masters. 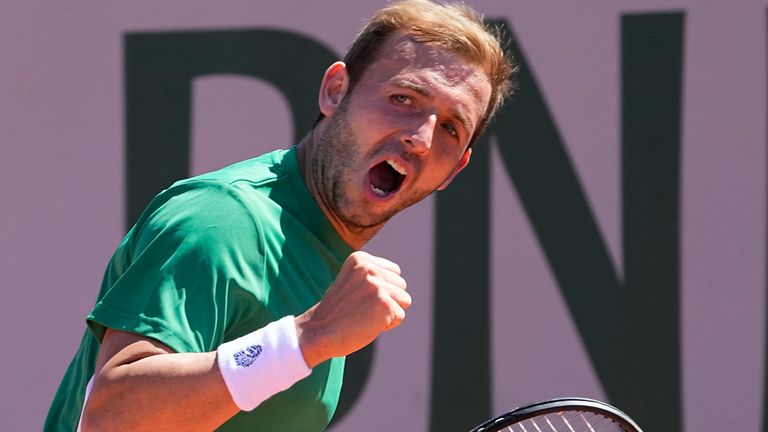 Evans said: “It’s disappointing again. It’s hard to take. I felt good coming in, playing some good tennis. That’s the nature of the game, isn’t it? You know, you’re out of the tournament before it’s literally started. So it’s a dire end to a decent clay season. And, you know, I’ve got to dust myself off and go again.

“Essentially I was outplayed and that’s probably not what I want to be hearing or happening on the court.”

At 46 in the rankings, Kecmanovic was one of the higher-ranked players 25th seed Evans could have faced, although the young Serbian came into the tournament on a four-match losing streak.

Evans could not have made a better start, racing into a 5-0 lead and easily taking the first set.

But Kecmanovic, who was an exceptional junior, raised his level significantly at the start of the second as he got to grips with his opponent’s game, and Evans was unable to respond.

He upped his aggression in the third set to try to regain some control but with it came a host of errors, while Evans was also allowing himself to be distracted by spectators in the crowd.

Remarkably, there were eight breaks of serve in nine games, with Evans failing to hold once, as Kecmanovic tightened his grip on proceedings. 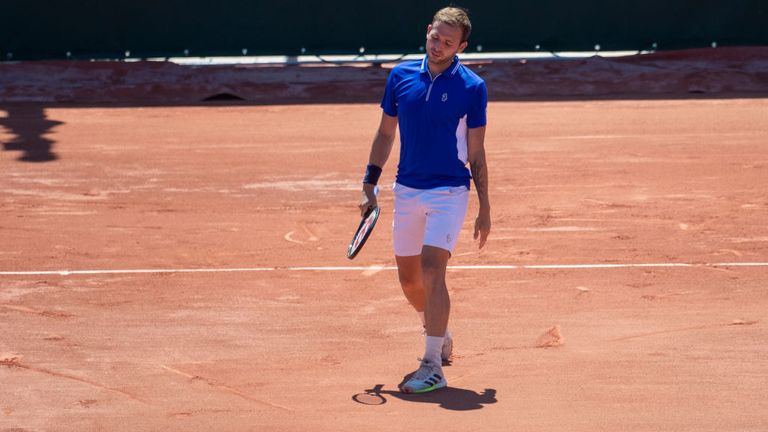 Evans let out a roar when he broke to start the fourth set, and he finally backed it up by holding serve, but it was a brief reprieve as Kecmanovic replied with five games in a row.

The Serbian, who had been so impressive on the big points, lost four in a row from 30-0 serving for the match as Evans broke back but, perhaps inevitably, a ninth break of the British player’s serve proved decisive.

The defeat extends Evans’ disappointing sequence of results at the Grand Slams. Although he has played arguably the best tennis of his career in 2020 and 2021, he has won just two matches in five major tournaments.

Evans added: “I prepared as well as I could. You know, I’ve got a great coach, great fitness trainer, and that’s all I can keep doing. To sit here and say it doesn’t work, it would be if I’m coming here and not preparing. But that’s what probably hurts a bit more is that I prepared as good as I did, I’ve worked hard, I’ve tried my best to come out and win the match, and I just didn’t do it.” 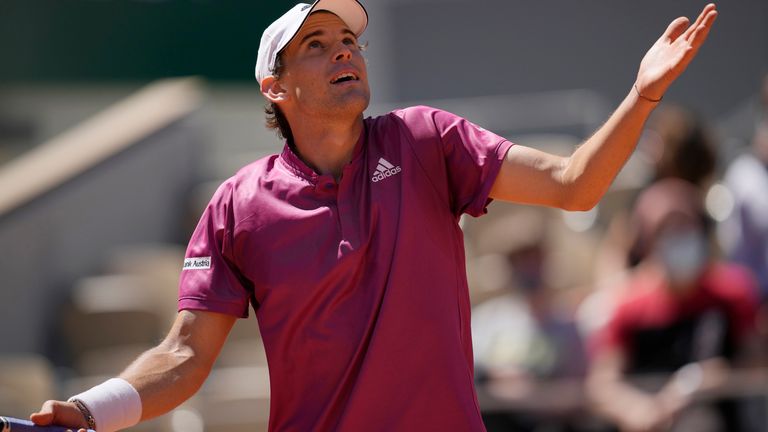 Thiem has struggled for form since winning his first Grand Slam title at the US Open last summer but looked to be finding a way past Andujar when he opened up a two-set lead.

At age 35, @AndujarPablo is having the month of his life! pic.twitter.com/Ghg8dvTaQq