‘I have the utmost respect for Rafa as a champion’: Roger Federer pays a glowing tribute to ‘greatest rival’ Nadal after the Spaniard joined him on 20 major titles by winning his 13th French Open at Roland Garros

Roger Federer says it’s an ‘honour’ to congratulate Rafael Nadal on his 13th French Open victory after the Spaniard joined the Swiss on 20 Grand Slams titles.

Federer and Nadal have had a 16-year rivalry with several memorable clashes. But there is a great level of respect between the two greats and Federer was quick to share a glowing tribute to the 34-year-old. 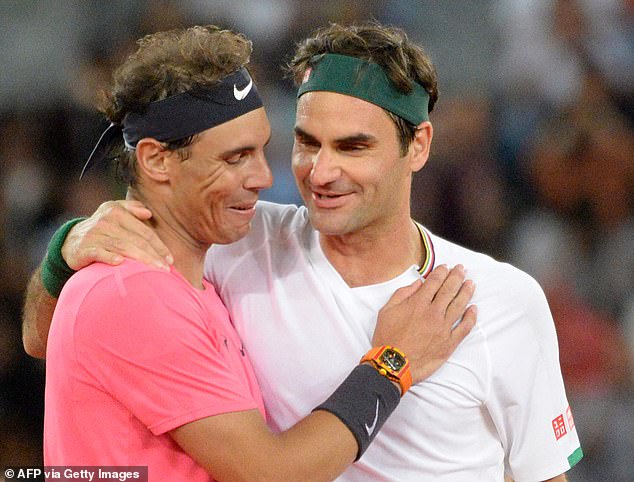 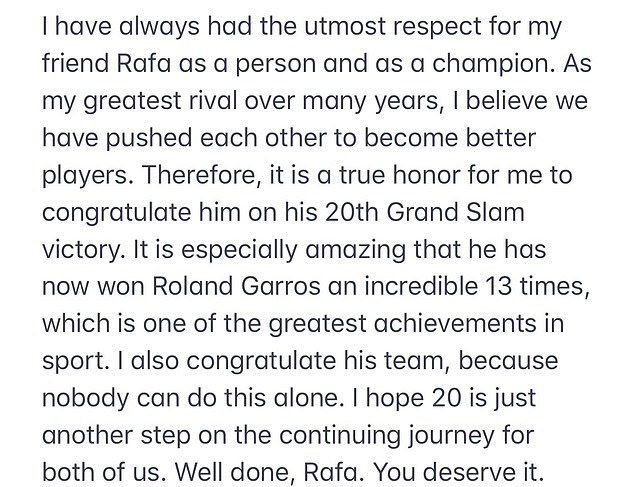 Writing on Twitter, Federer said: ‘I have always had the utmost respect for my friend Rafa as a person and as a champion.

‘As my greatest rival over many years, I believe we have pushed each other to become better players.

‘Therefore, it is a true honour for me to congratulate him on his 20th Grand Slam victory. It is especially amazing that he has now won Roland Garros an incredible 13 times, which is one of the greatest achievements in sport. 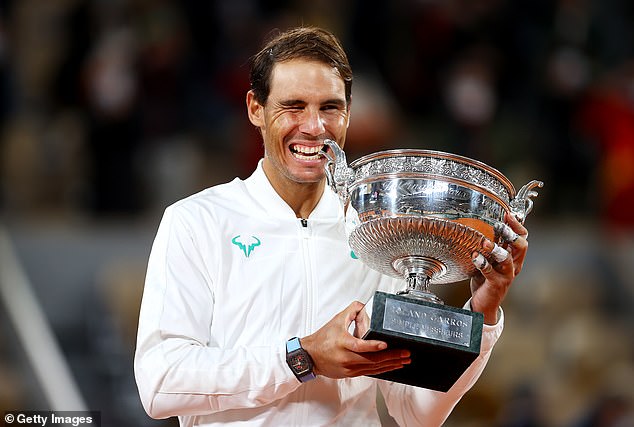 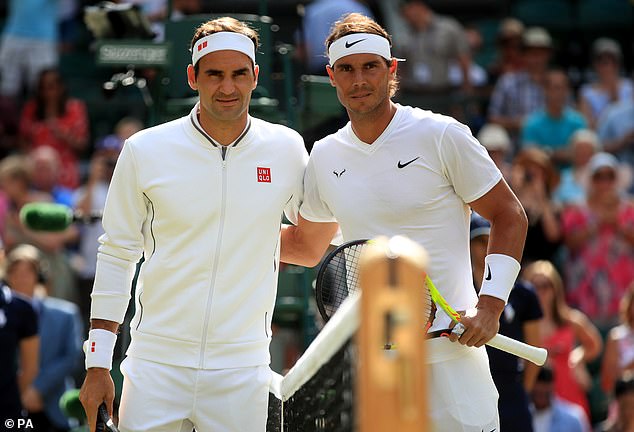 ‘I also congratulate his team, because nobody can do this alone. I hope 20 is just another step on the continuing journey for both of us. Well done, Rafa. You deserve it.’

The pair have played each other 40 times with their first match taking place at the Miami Masters in 2004.

Nadal leads their head-to-head 24-16 with 16 of the encounters coming on clay and four on grass.

Federer leads on hard court 11-9 and 3-1 on grass while Nadal has dominated on clay with a 14-2 lead and is also ahead on outdoor hard court 8-6.

Nadal has won all six of their meetings at the French Open and also has more victories in Grand Slams and final matches between the two.