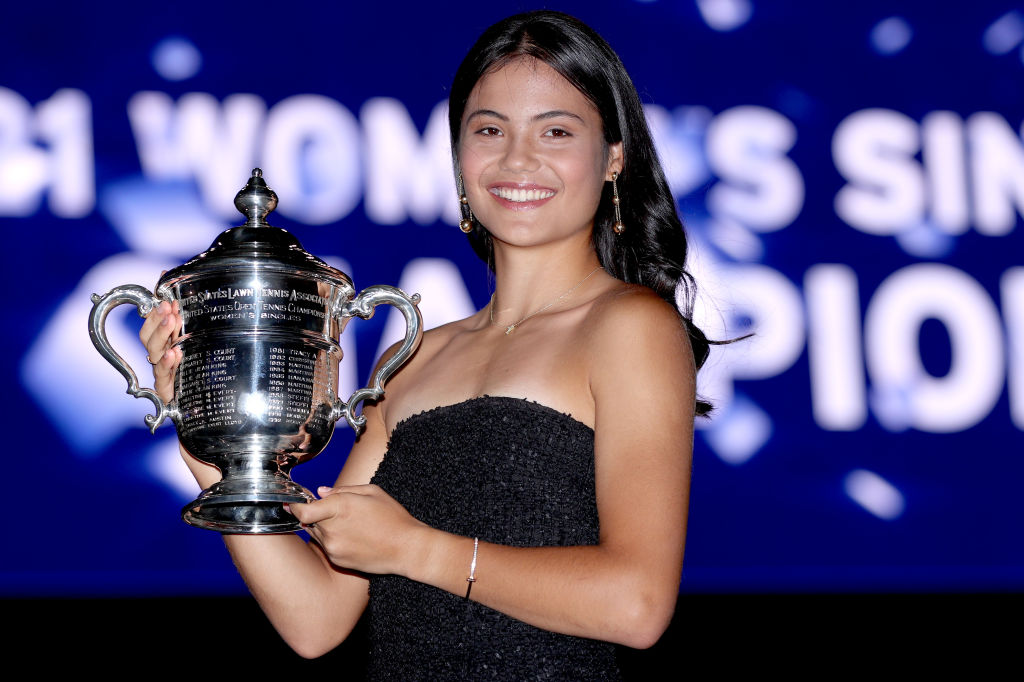 US Open champion Emma Raducanu may be precocious on the court but off it she is still a typical teenager, with the 18-year-old revealing the first thing she will buy after pocketing $2.5million in prize money: a new pair of AirPods.

The Brit produced another superb display at Flushing Meadows on Saturday as she saw off Leylah Fernandez in straight sets 6-4 6-3 to become the first qualifier ever to win a Grand Slam, not dropping a single set across her 10 matches and three weeks in New York.

Prior to the tournament, Raducanu’s career earnings amounted to around £219,000 but that figure was absolutely dwarfed by her victory at the US Open, where she was handed a cheque for $2.5m (£1.8m).

But despite the massive payday, the teenager from Bromley is only concerned about buying some new AirPods – which retail for around £109 – after losing hers before her first qualifier three weeks ago.

‘There’s a running joke in my team because before my first round qualifying match I lost my AirPods and I was basically running around the changing room like three minutes before my call to go on trying to find it but I lost it,’ she told ESPN after her incredible win.

‘I was thinking to myself, “You know what, if you win this match you can buy yourself a pair of AirPods” and that’s become the running joke!’

Raducanu became the first British female Grand Slam winner since Virginia Wade in 1977 and is set to land a host of lucrative sponsorship deals off the back of her victory, though she insists she’s still got her feet firmly on the ground.

Asked at her post-match press conference how her life is going to change now, Raducanu continued: ‘I haven’t thought of any of that, to be honest. After the match, I just showered, same routines as always.

‘I definitely think it’s the time to just switch off from any future thoughts or any plans, any schedule. I’ve got absolutely no clue. Right now, no care in the world, I’m just loving life.’

On all the messages she has received, including one from the Queen, the teenager added: ‘I still haven’t checked my phone! I have absolutely no idea what’s going on outside of the little world that we’re in here. We’ve just been in the quiet room, just enjoying the moment, taking it all in.

‘I think today we just really need to just shut out from everything, just enjoy it as a team, because it was a team effort. I didn’t get here by myself at all. Every single person that’s here with me has helped me along the way and played a huge part.’