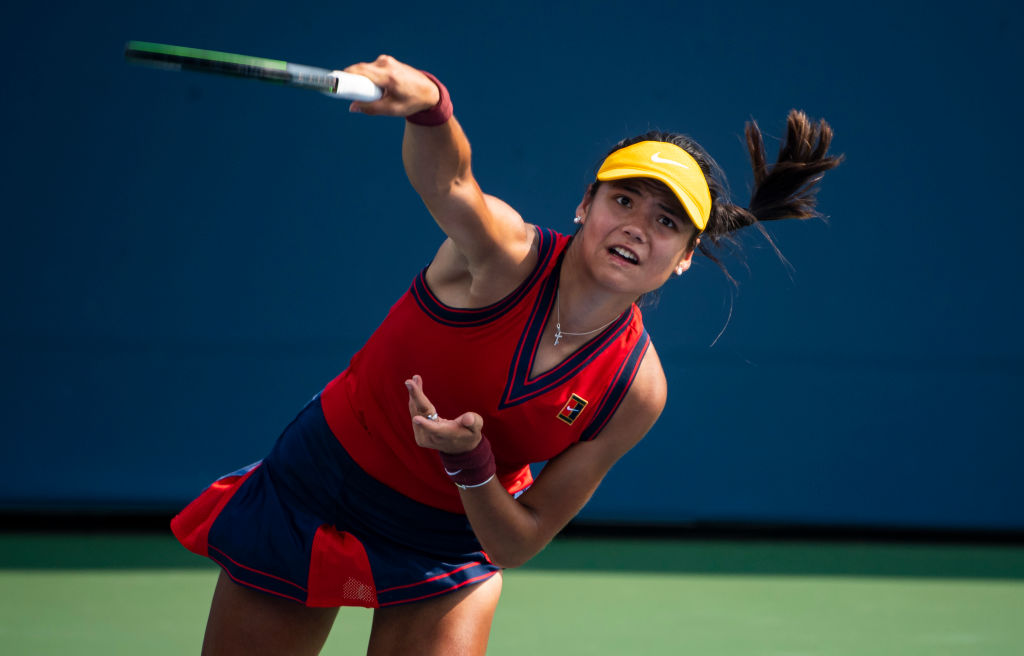 British teenager Emma Raducanu is one step away from a place in the US Open main draw after coming through the second round of qualifying.

The 18-year-old dropped just three games as she rolled over Holland’s Bibiane Schoofs 6-1 6-2 in the first round but was made to work harder for the win against Mariam Bolkvadze of Georgia.

Her 6-3 7-5 victory sets up a final qualifying match against Egyptian Mayar Sherif.
Also through to the final round of qualifying is Harriet Dart who prevailed over Lucrezia Stefanini 7-6 (1) 7-6 (5), the first set seeing 10 breaks of serve.

Dart will go on to face Viktoriya Tomova while Katie Boulter will next play Kristina Kucova after beating Vitalia Diatchenko 6-2 5-7 6-4.

Liam Broady’s US Open hopes were dashed by Marco Trungelliti who won 6-4 6-4.
And a trio of Brits fell at the second round in the women’s draw on Thursday,

Elsewhere, a trio of seeds fell at the quarter-final stage of the Winston-Salem Open, with top seeded Pablo Carreno Busta among the victims.

The Spaniard took bronze in Tokyo but was outplayed on Thursday by Ilya Ivashka who sent down 11 aces in a 7-6 (2) 6-3 win.

The pair won all six of their service games in the first set and a couple of breaks in the tie-break were enough for the Belarussian to claim the advantage.

A pair of breaks – the second for the match – saw Ivashka progress to face Emil Ruusuvuori.