Gael Monfils and Elina Svitolina holiday together in Dubai

Tennis golden couple Elina Svitolina and Gael Monfil have announced they have split. The world No.5 from Ukraine publically consoled the Frenchman when he broke down in tears after going out in the first round of the Australian Open.

The two stars have been dating since 2019 – and were regulars on each other’s social media feeds.

But now the pair have released a joint statement on Instagram announcing they will “take a break in our relationship”.

The statement said: “The decision was incredibly difficult because we still have love for each other.

“But it’s just two best friends realising it’s time to take some space and help each other live the most joyous, fulfilled lives as possible.

“We won’t be commenting beyond this. And we thank you all in advance for respecting our privacy. Sending lots of love to everyone.” 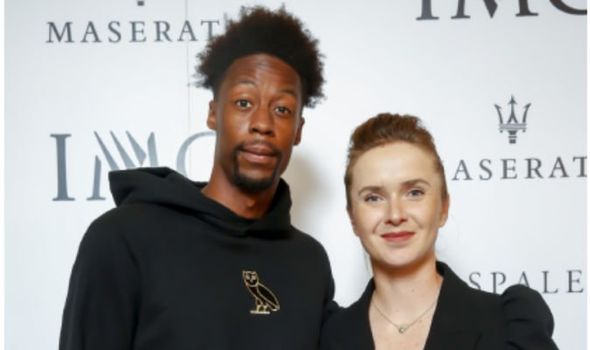 Svitolina and Monfils were not allowed to see each during the two-week quarantine before the Australian Open.

And the French No.10 admitted he was suffering mentally with the lockdown and his own form when he lost his seventh consecutive match in the first round.

“I don’t feel well and you can see it,” he said. “I would like to get out of this nightmare but I can’t.”

Svitolina, who reached the fourth round, gave a public message of support after her first win by writing “Gael” and a love heart on the camera lens and blowing him a kiss.