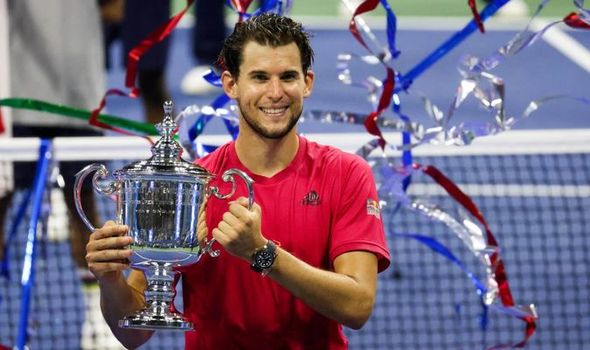 Dominic Thiem came out on top in an epic five-set US Open final which will go down as an instant classic after coming from two sets down to beat Alexander Zverev. Thiem won his first major title 2-6, 4-6, 6-4, 6-4, 7-6 (8-6) after four gruelling hours in New York.

The match started evenly, with both men using their impressive serves to their advantage as the opening two games both went with service.

But Zverev put in a brilliant showing in the third game to break Thiem after some long rallies.

Thiem double-faulted twice before making an unforced error early in a rally to give Zverev the advantage with two break points, the second of which he converted.

Zverev didn’t look back in the opening set, serving and volleying brilliantly to put himself in a comfortable position as he stormed to a 4-2 lead. A second break of service for Zverev put him within touching distance of the first set, before he used his unstoppable serve to take the first set 6-2. 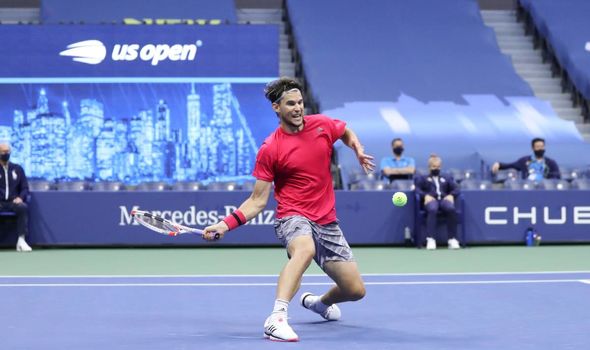 Zverev, donned in a white polo top with a pink headband, started the second set as he finished the first by pushing Thiem close in the opening game, before holding his serve in the second and breaking in the third.

The 23-year-old looked calm and composed despite this being his first experience of a major final.

He kept playing from the backcourt and waited for Thiem to make errors, which he did as he forced the Austrian into his 13th unforced error of the match.

The second set was almost a carbon-copy of the first, as Zverev again held service at 3-1 before breaking to put himself 4-1 up.

Both players held service to take it to 5-3, but Thiem refused to give up, and gave an indication of what was to come as he fought back to break in the eighth game of the set. 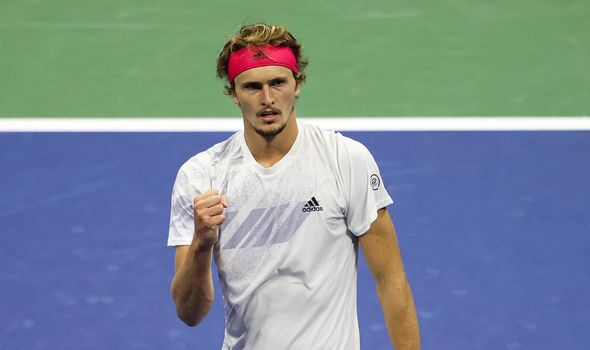 Zverev entered the tenth game of the set and gave the first indication that the experience was getting to him as he double-faulted for the sixth time in the match to give Thiem a brief lifeline.

That hope was quickly ended as Zverev served out well to take the second set and put him within touching distance of his first major championship.

Going into the third, Zverev knew what he had to do to make history and become the youngest grand slam winner since Juan Martin Del Porto in 2009.

Once again, the third set followed the same formula as the first two, with both men holding serve in the opening two games before Zverev broke in the third.

However, Thiem started to find his rhythm and battled back to hold service all the way until the final game, when he forced Zverev into an unforced error from the baseline to give Thiem the third set.

In the fourth, both men produced some fine tennis and neither would give an inch as they battled for what could have been the deciding set.

Thiem refused to give up on the match and continued serving brilliantly, winning 12 of his first 13 service points of the set.

Zverev then started to show he was feeling the pressure, and became a victim of his own unforced errors as he allowed the Austrian back into the match.

His failure to deal with the pressure was evident with the ending of the set, as he double-faulted before slamming into the net unforced to level the match up. 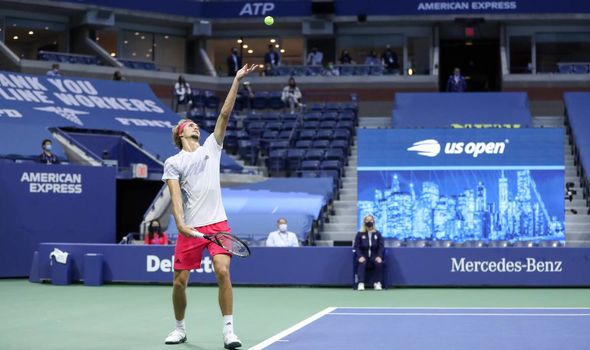 The fifth set started disastrously for the 23-year-old, who had just seen his two-set lead extinguished. Zverev produced numerous unforced errors before double-faulting to lose service.

Just moments later, however, he seemed to have recovered the confidence he had exuded in the earlier sets, as he fought back brilliantly to break Thiem in reply, producing a brilliant drop shot to frustrate the Austrian. He continued to showcase some sublime tennis, utilising his serve game to keep in control of the deciding set.

Late in the match, he proved he was over his mid-match blip as he broke service in emphatic style, forcing Thiem into back-to-back errors to put himself within touching distance.

The pressure appeared to be getting to him again, however, as he committed an unforced error at the net to allow Thiem to break his service at the most crucial time.

Thiem, as he had done so many times prior in the match, produced one of the best shots of the day to level the set at 5-5 as he enticed Zverev into coming to the net, only to bend a forehand shot around him.

The Austrian then broke Zverev back once again to put himself in the position he had just been up against moments before – serving for the match. But he then followed Zverev’s example and failed to hold service, sending the match to a tiebreak.

Both men were clearly struggling from fatigue, and Thiem was nursing a leg injury for most of the latter stages of the match.

After squandering two championship points, Thiem forced Zverev to blast a backhand shot wide of the court, putting the end to a gruelling battle for both men.

Thiem collapsed to the ground upon realisation that he had won his first major championship.