Novak Djokovic’s mother claims her son is being treated ‘like a prisoner’ inside his detention hotel in Melbourne and has complained that the facility is ‘dirty’ and has ‘bugs’.

The 34-year-old is currently being held at the Park Hotel in Carlton, Melbourne, after his visa was rejected on Wednesday.

The Australian Border Force claims Djokovic ‘failed to provide appropriate evidence to meet the entry requirements’, and the Serb now faces the prospect of being deported.

Djokovic’s court hearing has been adjourned until 10am Monday local time, but he has been ordered to remain at the hotel until a final decision is made.

‘I spoke with him a couple of hours ago, he was good, we didn’t speak a lot but we spoke for a few minutes. He was trying to sleep, but he couldn’t,’ Dijana Djokovic said at a press conference in Belgrade on Thursday.

‘As a mother, what can I say, you can just imagine how I feel, I feel terrible since yesterday, the last 24 hours.

‘They are keeping him like a prisoner, it’s just not fair, it’s not human. I hope he will stay strong as we are also trying, to give him some energy to keep going. I hope he will win.’

‘His accommodation [is] terrible. It’s just some small, immigration hotel, if it is a hotel at all. With bugs, it’s all dirty, the food is terrible.

‘They don’t want to give him a chance to move to a better hotel or a rented house.’ 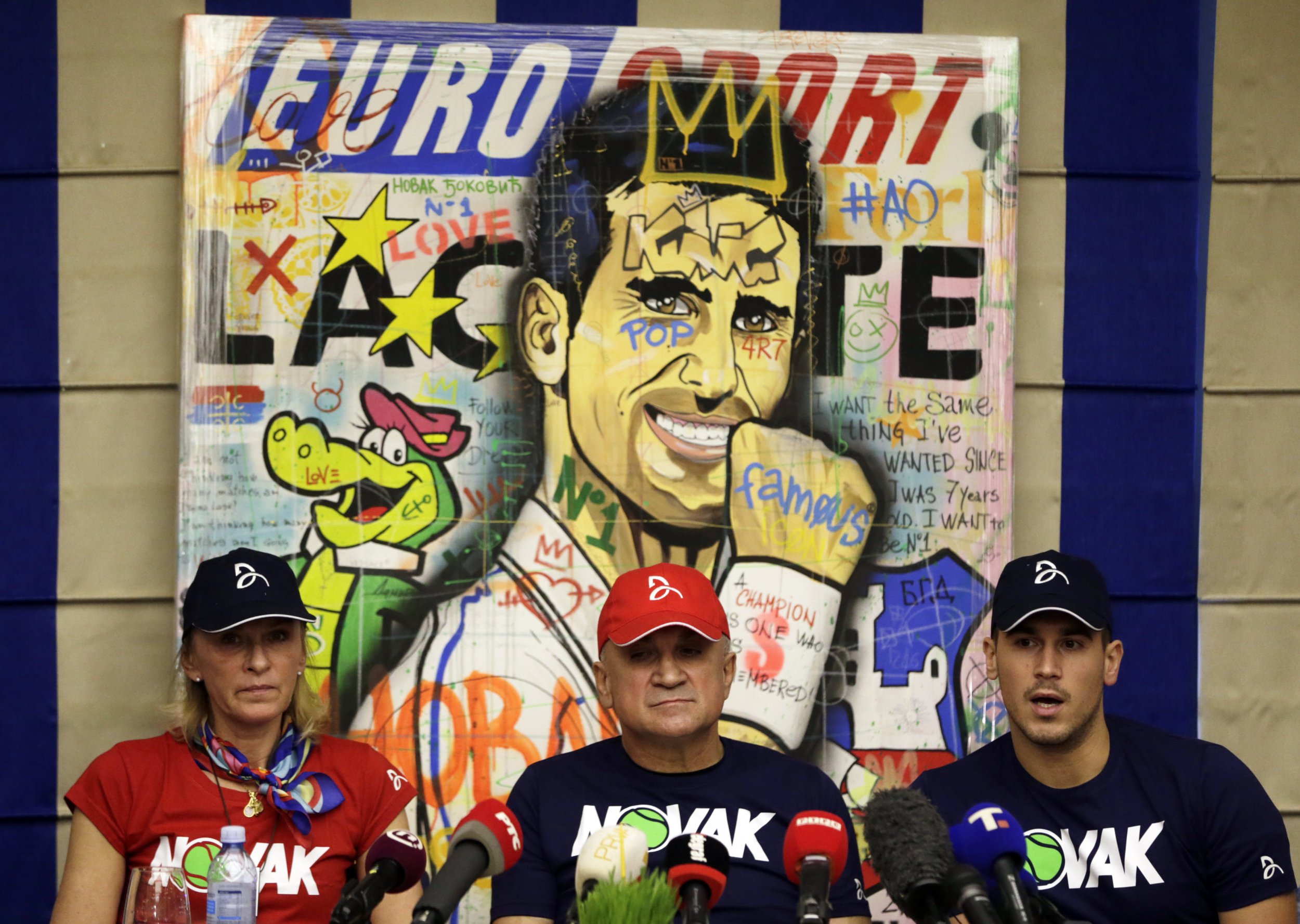 Meanwhile, Djokovic’s younger brother, Djordje, claims the world No.1 had his possessions confiscated by Australian authorities and was not allowed to communicate with his family whilst he was questioned on Wednesday.

‘Novak did not violate any protocols, he had documentation as well as other tennis players who entered the country,’ said Djordje.

‘When he arrived in Australia, the biggest diplomatic offense followed. He was then taken away and interrogated by border customs officers.

‘During the first 45 minutes, he was able to communicate with his family and team and then his phone was taken away and we could not speak with him for three and a half hours.

‘After that, his phone was returned to him and then he was taken to another isolation room, which is detention.

‘After the decision was made that he would not be granted a visa to stay in Australia and that he would not be able to defend his title and set a record, he left the airport and was asked to pass through a metal security detector, where all his property was confiscated along with his suitcase and phone.

‘He went to a migrant hotel in a dirty room and without his property, and he was told that he would get it back when he got back to Europe.

‘The latest news is that the court ordered the authorities not to deport him until Monday morning.

‘He would have the opportunity to return if he decided to, but that means the three-year ban when re-entering Australia would immediately come in.

‘We don’t think he wants to do that because he is not a criminal but an athlete.

‘Lawyers are working on everything, we are waiting for information, we thank the president and the prime minister and everyone who helps.

‘He fights for everyone in the world who has an ethical and moral attitude.

‘Thank you Novak for the fight and we hope that all of us, together with lawyers around the world and the authorities in Serbia, will bring victory to Novak and the whole world.’