Russian tennis star Daniil Medvedev has suggested there are question marks about Rafael Nadal’s fitness ahead of a potential Australian Open semi-final clash this week. Medvedev continued his impressive winning streak to reach the final four of the Australian Open after defeating Andrey Rublev in straight sets.

Medvedev is unbeaten since losing to Kevin Anderson at the Vienna Open back in October last year, winning three titles in the process.

He led Russia to victory at the ATP Cup earlier this month while alsow winning the ATP Tour Finals which included wins over Rafael Nadal, Novak Djokovic and Dominic Thiem.

And the 25-year-old has looked in excellent form at the Australian Open so far, beating his comptatriot comfortably to reach the semi-finals.

Nadal is the strong favourite to meet him in the final four with the Spaniard taking on Stefanos Tsitsipas. 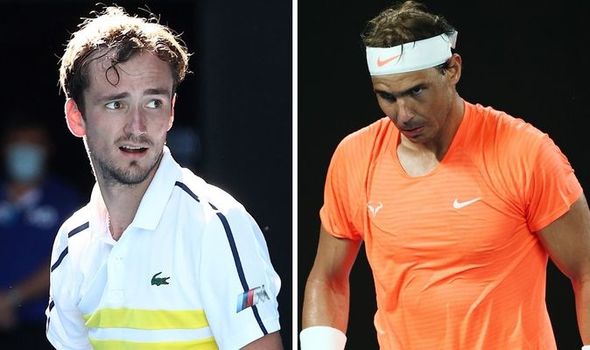 The world No 2 has similarly enjoyed huge success so far in Melbourne as he’s yet to drop a set.

There was some concern over Nadal’s fitness ahead of the tournament as he picked up an injury at the ATP Cup.

He’s seemingly shrugged off those worries, but Medvedev speculates that taking Nadal to five sets could see the 20-time Grand Slam champion struggle.

“For sure not. After, I don’t know, if somebody pushes him to a five-hour match what’s going to happen, but he’s one of the greatest fighters in the history of sport,” he said.

“So I think if he comes out on the court, even if he has pain, nobody will see it.”

Medvedev though is the man in form on the ATP Tour and he’s growing in confidence having not lost a match in nearly four months.

“To be honest, it’s a good feeling. I have not much to add,” he added. 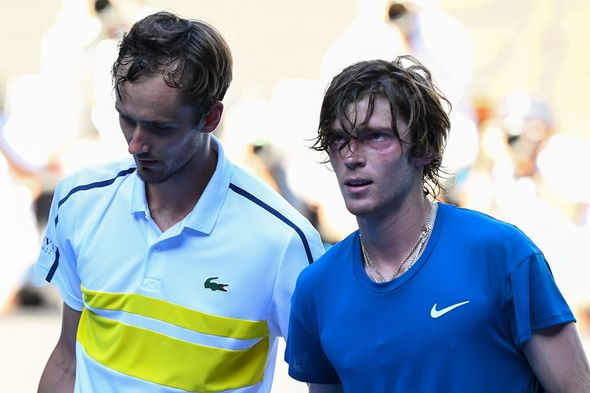 “I don’t have the exact word even to describe this. I’m happy about my level in all the matches that I won, that I’ve played for sure.

“Some matches I could say I could do this better, this better. But for me the momentum, the confidence means a big part.

“I think you can see that once I lose it, I start to make more unforced errors and that’s where my game can be a little weaker.

“So I’m really happy that I managed to keep this momentum going so far, and it feels great. Hopefully I can continue it for at least two matches.”