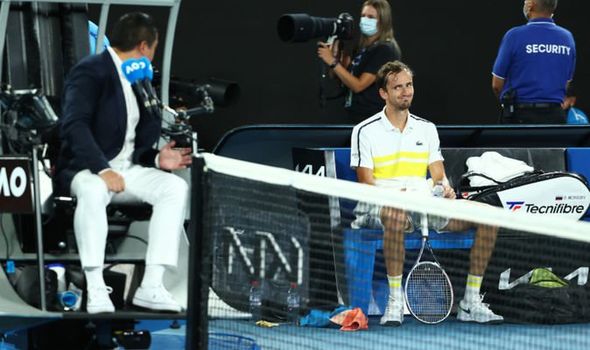 Daniil Medvedev tabled a complaint with umpire James Keothavong during his Australian Open semi-final clash against Stefanos Tsitsipas because the Greek star slammed his water bottle to the ground in frustrated and water spilled out.

Medvedev was faultless as he took the first set 6-4 with a solitary break.

The Russian fourth seed continued his momentum in the second set and broke in just the third game.

As both players returned to their seats for a brief rest, Tsitsipas threw his water bottle against the ground.

Ball kids rushed to the scene with towels in hand to quickly dry the hard court.

And Medvedev was unhappy that his opponent was allowed to get away with the outburst without a warning so he complained to the umpire. 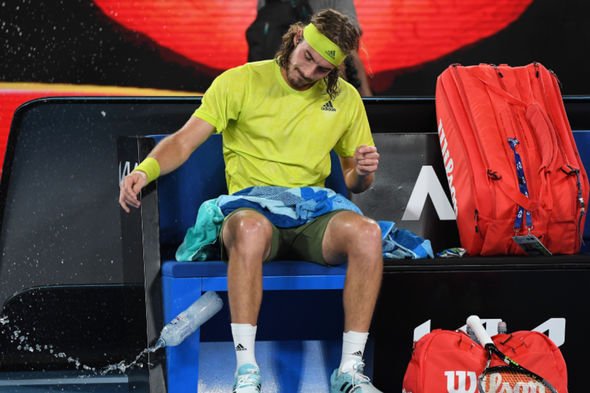 Keothavong did have a chat with Tsitsipas but no official sanction was taken.