Emma Raducanu and Leylah Fernandez will contest the first all-teenage grand slam final since the 1999 US Open when they do battle in New York on Saturday.

Britain’s 18-year-old Raducanu and Canadian Fernandez, who turned 19 this week, have taken the tournament by storm and dismissed some of the world’s best players between them.

There are many similarities between Raducanu and Fernandez, who were both born in Canada to immigrant families. Raducanu’s father Ian is Romanian and her mother Renee Chinese. The family moved to Britain when Raducanu was two and settled in Bromley, Kent The teenager cites China’s Li Na and Simona Halep of Romania as her biggest on-court inspirations, saying: “I think for me, having a Chinese mum, she definitely instilled from a young age hard work (and) discipline.”

Fernandez hails from Montreal but has Filipino heritage from her mother Irene and Ecuadorian and Peruvian from father Jorge, a former footballer, who moved to Canada as a child. In an emotional interview with Canadian network TSN, Jorge said: “We’re an immigrant family and we had nothing. Canada opened up its doors and, if they wouldn’t have done what they did, I wouldn’t have had the opportunities that I have and I wouldn’t have been able to give them to my daughter.”

Jorge is Fernandez’s main coach while Ian is heavily involved in Raducanu’s career, although more behind the scenes, trusting his daughter’s tennis to a series of different mentors.

Raducanu remembers first meeting Fernandez at an under-12s tournament, with the pair only separated in age by two months. Their only previous clash on court came in the girls’ singles at Wimbledon in 2018, with Raducanu winning 6-2 6-4.

Fernandez had the more prestigious junior career, winning the French Open girls’ title and reaching the Australian Open final in 2019. She was set on a tennis career from a young age despite early rejection by the Canadian system. Fernandez’s mother moved to the USA alone to support the family and her daughter’s budding career, before the whole family subsequently relocated to Florida. The teenager has played on the main tour for two years, winning her first WTA title in Mexico earlier this year.

Raducanu has taken her tennis career a lot more slowly, saying after beating Maria Sakkari in the semi-finals that it was not until a couple of years ago that she committed to a full-time future in the game. She stayed in full-time education, taking a break from the tour to focus on her A-Levels.

Nevertheless, her talent was obvious from an early age and there has been a lot of excitement about her within British tennis for a number of years. When she did play matches, she invariably did well, and she has progressed at warp speed since making her Wimbledon debut as a wild card only two months ago.

Routes to the final Raducanu’s ambitions on her US Open debut centred around getting through qualifying, which she did without losing a set. Since then, the 18-year-old has steam-rollered her way through the draw, losing just 27 games in six matches. Her victims have included Olympic gold medallist Belinda Bencic and 17th seed Sakkari. Raducanu has appeared shocked and delighted throughout.

Fernandez has undoubtedly had a tougher draw, making her first big splash by upsetting defending champion Naomi Osaka in round three. She followed that up by knocking out another former winner in Angelique Kerber, fifth seed Elina Svitolina and second seed Aryna Sabalenka, all in tough three-set contests. She has spent more time on court than Raducanu despite playing three fewer matches but her belief has been evident throughout, with Fernandez saying after beating Kerber that she was not surprised by her achievements. 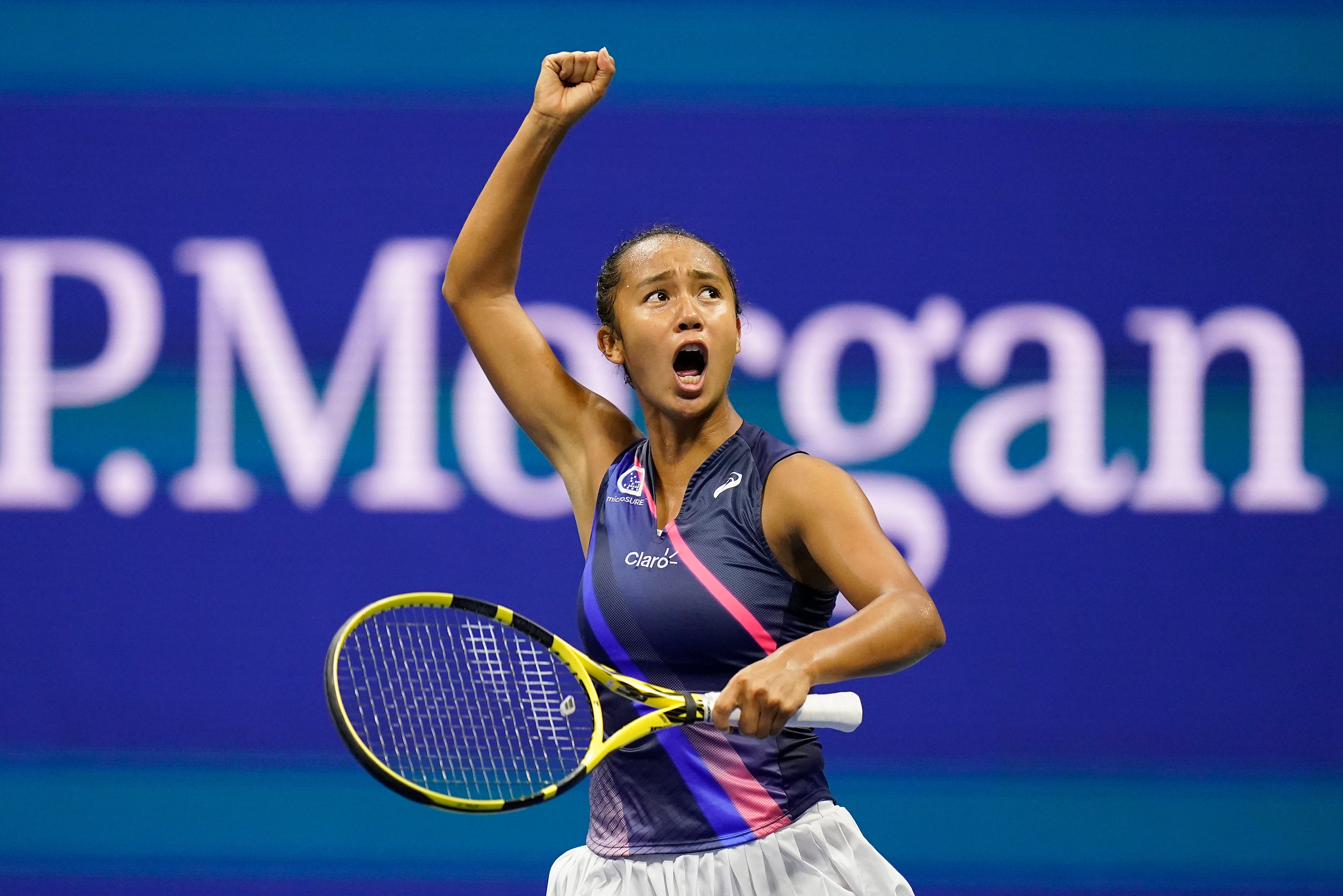 The similarities between right-hander Raducanu and left-hander Fernandez extend to their game styles, with both slight figures who pack a real punch. Both women’s games are based on superb athleticism, which enables them to defend brilliantly against even the biggest hitters. They are also both very adept at turning defence into attack, taking the ball extremely early and redirecting it at will. Both average 96 miles per hour for their first serve and have done a good job of protecting their second serves, while they are also comfortable at the net.

Fernandez is the more exuberant on court, drawing the crowd into matches with what has already become a trademark exhortation-cum-fist pump. Raducanu is more contained but both have stood out with their mature approach, intelligent point construction and mental solidity. Former world number one Mats Wilander said on Eurosport: “I would say the same about Emma as I would say about Leylah. If she stays fit, she is going to win multiple grand slam titles. I cannot imagine a player like that not winning three or four majors, I really can’t.”