‘I want Tuivasa-Sheck before he leaves’: Ponga calls for player names on club jerseys 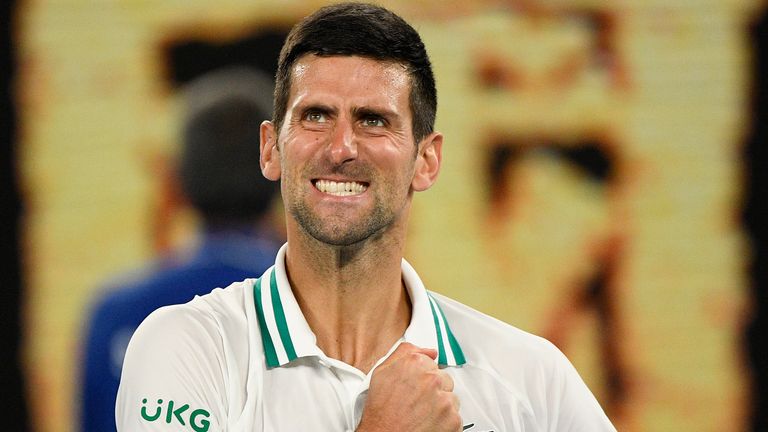 Novak Djokovic came through his Australian Open semi-final against Russian qualifier Aslan Karatsev in straight sets to stay on course for a record-extending ninth title in Melbourne.

Karatsev, ranked 114, became the first man in the Open era to reach the semi-finals of his first career appearance in the main draw of a Grand Slam tournament.

He had already eliminated three seeded opponents to reach this stage at Melbourne Park, but Djokovic looked close to his best again on Rod Laver Arena as he came through to win 6-3 6-4 6-2.

Djokovic, who has won the title on each of the eight previous occasions he has reached the semi-finals in Melbourne, claimed his first straight-sets win since the first round, and the Serbian will now continue his bid for a ninth title in Melbourne and 18th Grand Slam trophy overall.

It was a much-needed comfortable evening for Djokovic after the dramas of his tournament so far, including an abdominal injury suffered in a third-round five-setter against Taylor Fritz and a nail-biting victory over Alexander Zverev in the quarter-finals. 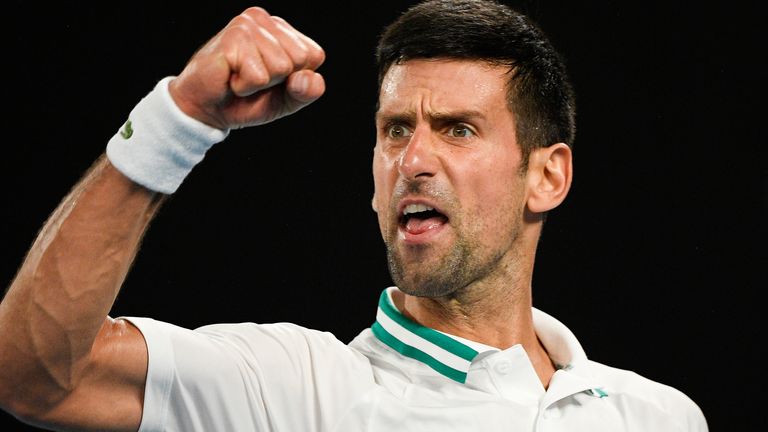 In one of the more improbable semi-final matchups in Grand Slam history, Djokovic was broken twice by Karatsev but ensured there would be no Russian revolution under the lights.

Karatsev clawed his way back from 1-5 to 4-5 in the second set and forced Djokovic to save two break points.

But Djokovic raised his game in the third set and sealed the win with an ace to trigger a roaring ovation from Serbian fans in the crowd.

Wow wow!!! Each match is a gift and trophy! You are so ordinary and yet so extraordinary ♥️🙌🙏 i’m so inspired @DjokerNole thank youuuuuu ♥️♥️♥️ idemoooooo

Djokovic, who will play in a 28th Grand Slam final against either Daniil Medvedev or Rafael Nadal’s conqueror Stefanos Tsitsipas on Sunday, said: “This is the best I’ve felt in the entire tournament.

“(I) felt great, I could swing through the ball, no pain. Best match so far. It came at the right time and I’m thrilled to feel this way.

“I have two days now. I’ll definitely train one of the next two days. Recovery is priority right now. I’m feeling the ball well, I had enough match play, so right now it’s just gathering all the necessary energy for the most important match.”

The first man in the Open Era to reach three #AusOpen finals after turning 30. pic.twitter.com/3cewQfMi1h Karatsev’s victory over Grigor Dimitrov on Tuesday made him the first man in the Open era to reach the semi-finals on his Grand Slam debut, and he was looking to become the first qualifier to make a final.

The 27-year-old Russian, who will rocket to No 42 in the rankings having never previously been inside the top 100, was far from overwhelmed against Djokovic but he discovered just why the Serbian is renowned as arguably the greatest defensive player the game has seen.

From qualifying to the semis…

He began very well, showing no nerves in by far the biggest match of his career, but a loose game allowed Djokovic to break for 5-3 and that was the first set gone.

Djokovic looked in complete control of the second but there were signs he was still not feeling totally confident physically as he took his foot off the pedal and back came Karatsev.

The Russian retrieved another break at the start of the third set but Djokovic forged ahead again and completed the victory after an hour and 53 minutes.