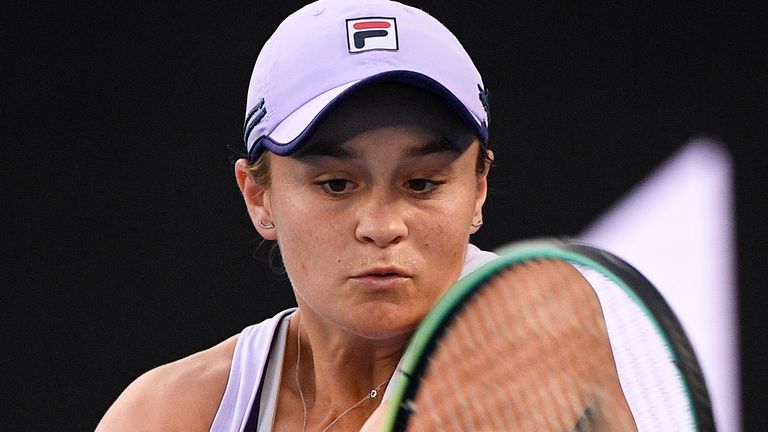 World No 1 Ashleigh Barty continued her quest for Grand Slam glory on home soil at the Australian Open after reaching the quarter-finals for the third straight year.

Barty moved into the quarter-finals of her home slam with a 6-3 6-4 victory over Shelby Rogers as she looks to end Australia’s 43-year wait for a homegrown champion next Saturday.

The top seed is yet to drop a set during the tournament and is a big favourite to reach her first final in Melbourne as the only top-20 player left in her half of the draw.

Loving these murals by Paink in the John Cain Arena zone. @ashbarty is mesmerising. pic.twitter.com/7aJe6DyMep

In the last eight she will take on Czech Karolina Muchova who recovered from a shaky start to defeat Belgian 18th seed Elise Mertens 7-6 (7-5) 7-5. Jessica Pegula continued her dream run at this year’s tournament as she sunk fifth seed Elina Svitolina to set up an all-American quarter-final against Jennifer Brady.

Pegula, the world No 61, dominated the opening set but Svitolina clawed her way back into the match and looked set to gain the ascendency before the American rallied to wrap up an impressive 6-4 3-6 6-3 victory to continue the best Grand Slam run of her career.

Onto the QF 🐍 #AusOpen pic.twitter.com/UBBoTprw8a

Pegula, who had failed to go beyond the first round in all but two of her previous eight appearances in the main draw of a Grand Slam, said: “I can’t get more confident – it is my best result yet.

“I was a little tentative in the beginning of the second, and was able to play a couple of good games at the end of the second to get the momentum into the third. I definitely felt like I was sliding off the rails a little bit.”

Brady said she is excited to be playing her good friend in the quarter-finals and hopes for a big TV audience back home in America.

“I know the emotions that she’s feeling. You feel like you’re on cloud nine, definitely. She’s playing great tennis. I think we both know each other so well and I’m really looking forward to it. It will be a lot of fun. I think everyone back home in America will be watching, definitely, and there’s guaranteed American in the semi-final,” she said.

Winning together on Day 8 🇺🇸 💪 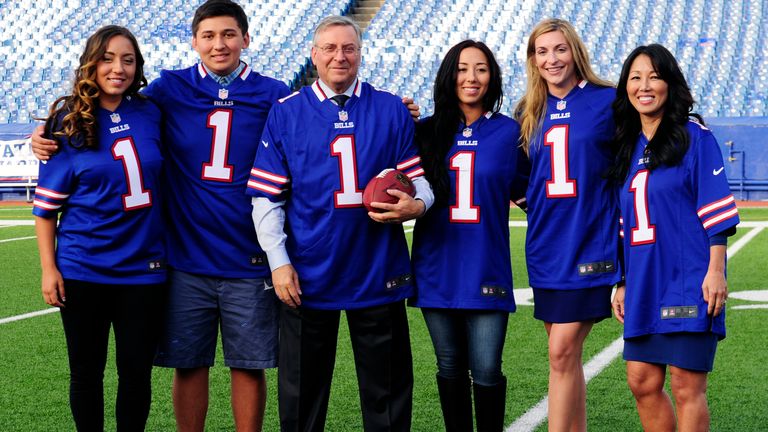 Svitolina admitted struggling to adjust her game to cope with Pegula’s game style, which flummoxed the Ukrainian.

“She has her own game style. She hits the ball quite flat. Of course, she can rally with the spin, but a lot of the time her ball skids, especially on these courts right now,” said Svitolina. 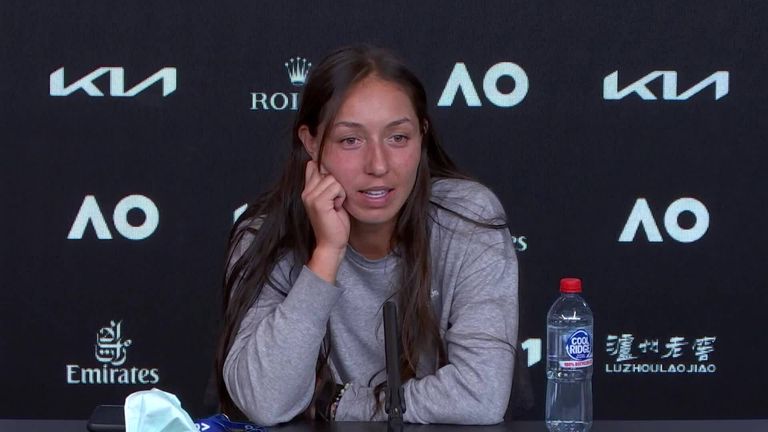 Pegula feels she has learnt so much after spending time with Bills’ quarterback Josh Allen, calling him a “gamer” as well as applauding the competitive attitude the 24-year-old shows on the field.

“It’s been pretty cool to see what Josh has been able to do. Obviously the team got better around him. Even last year when he wasn’t playing that well, I was like, I like this kid. I loved his competitive spirit. He was a gamer. He just wanted to win. That’s something you love to see. It’s definitely something I think I tried to take into my game a little bit, even watching the team getting that grit, that competitive attitude, having that mindset,” said world No 61, Pegula.

“In tennis, it’s like 90 per cent sometimes of the matches. I think it’s been really cool to watch them and kind of channel that energy into how I’ve been doing.”

Pegula’s coach David Witt spoke about her family, saying they were very supportive and proud of her achievements.

“All that I know is it’s a very close family and they’re very supportive,” he said. “As far as what they communicate with, I know them, I’ve met them a few times and spent time around brothers, sisters, fiancé. Everybody is awesome. That helps when everybody is so supportive for her to go out and play.”

Next up for 26-year-old Pegula will be her former Fed Cup team-mate and last year’s US Open semi-finalist Brady, who beat an injury-hampered Donna Vekic 6-1 7-5.