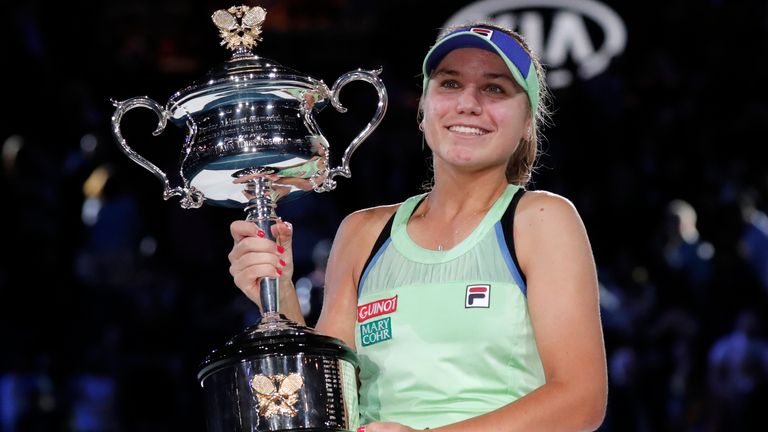 Sofia Kenin says she is ready to seek advice from world No 1 Novak Djokovic in preparation for her defence of the Australian Open next month.

Kenin won her maiden Grand Slam in Melbourne last year which set the American on course to break into the top 10 and claim the WTA Player of the Year award.

The American, who was also the French Open runner-up, is currently ranked fourth in the world and will be among the favourites when the tournament gets underway on February 8.

Kenin, 22, is determined to defend the Daphne Akhurst Memorial Cup, but if she feels the pressure is too much to handle she won’t hesitate seeking advice from eight-time men’s champion Djokovic. 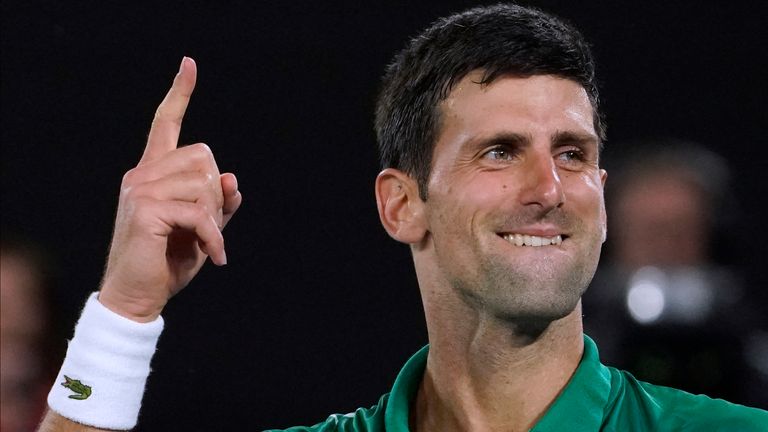 “I definitely think I can talk to Novak. I think that will be helpful since we’re both defending champions,” Kenin told reporters ahead of the Abu Dhabi Open.

“He did give me great advice ahead of the final (last year) since we were practicing next to each other.

“He came up to me and he was really nice about it and told me some things before the final which was special because I was crazy nervous.

“He told me some things which I will not disclose since I’d rather keep it a secret.” 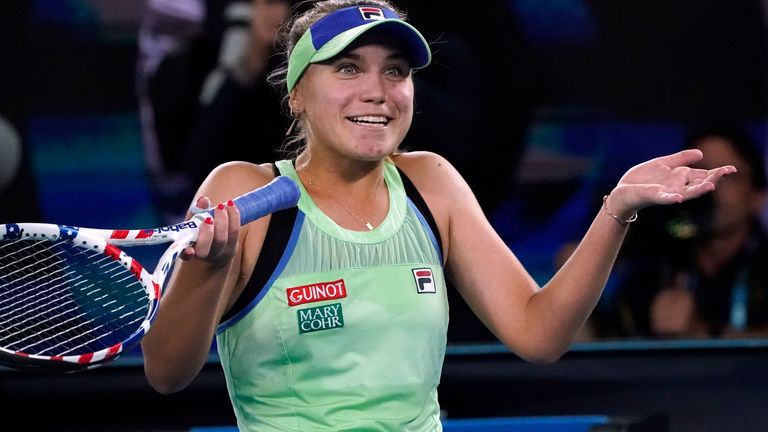 Kenin also hopes to see spectators return in numbers in Melbourne, even if capacity is limited.

“When I played at Cincinnati and US Open (without crowds), it was completely different,” she said.

“It’s so quiet, like a ghost town. It’s not the ideal atmosphere, I love the fans and use their energy to help me play better. I’m going to be super excited to have some kind of crowd and try to go back to something normal.”

In other news, the WTA announced a provisional calendar for the women’s tour with events lined up until the Wimbledon championships in June-July.

The sport’s governing body had previously announced the first seven weeks of the tour, starting with the season-opening WTA 500 event in Abu Dhabi from Thursday.

Apart from the three Grand Slams – Australian Open (starting February 8), French Open (May 23) and Wimbledon (June 28) – the first half of the year will have four WTA 1000 events in Dubai and Miami (both in March), Madrid (April) and Rome (May).

Other WTA 500 events on the schedule include Doha and St Petersburg (March) and Charleston and Stuttgart (April).

The rebranded Fed Cup, now known as the Billie Jean King Cup, is scheduled to start on April 12.