Andy Murray put his all into the virtual Madrid Open as he kicked off the competition with a comprehensive win while fellow Brit Johanna Konta kept her group hopes alive.

Organisers of the Spanish tournament set up a PlayStation alternative after the coronavirus pandemic forced its postponement.

Murray kicked off the Mutua Madrid Open Virtual Pro with a 3-1 victory over Benoit Paire, with his gaming skills as evident as his usual will to win. 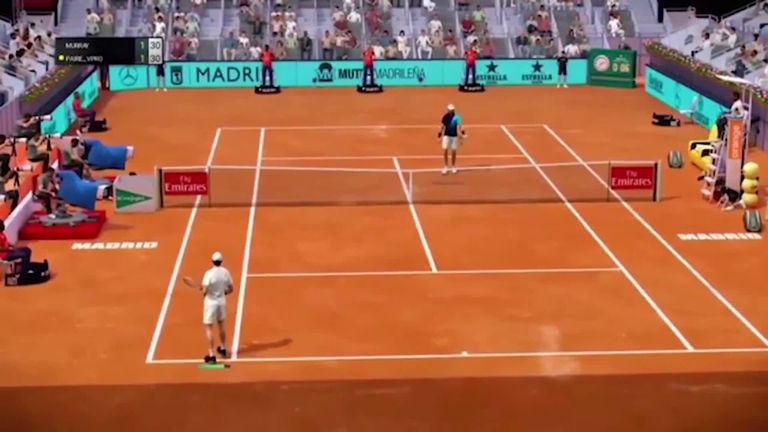 The Scot at times chastised his virtual self, shouting: “Why am I playing to your backhand?” after losing a point. And, after breaking the Frenchman’s serve, he launched into a thunderous cry of “That’s the one, come on!” 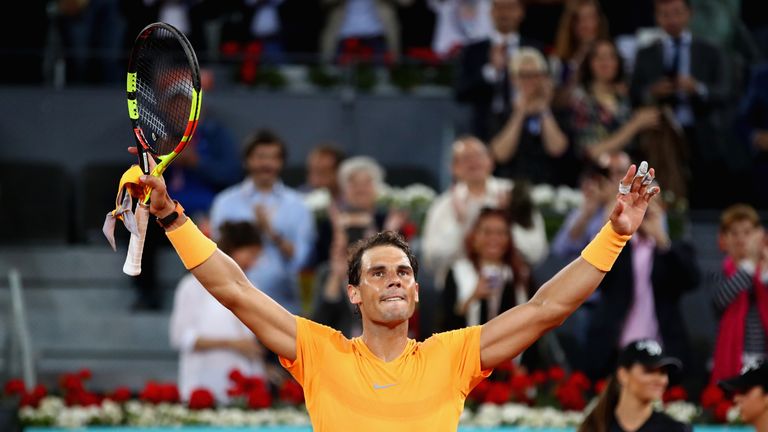 Murray declared “my hands are sweaty” before prevailing in the Tennis World Tour game, his first in a four-team group which also contains Rafael Nadal, who also won his opener.

Nadal, a five-time champion of the real Madrid Open that should have been played this week, then pulled out of his exhibition match against YouTube star DjMariio.

The 33-year-old warrior, who can go toe-to-toe with Novak Djokovic and Roger Federer for hours, was said to have tweaked his back.

Fellow Spaniard Feliciano Lopez, director of the tournament which is raising funds to help lower-ranked pros struggling to stay afloat during the health crisis, later confessed it was a joke.

“Guys, I was joking, of course…” Lopez said. “I said Rafa had a back injury from the pressure of playing on the PS4. We might need some sense of humour please!” Fellow Briton Johanna Konta was not nearly so successful in her first match, winning only one point in a 3-0 defeat by Romania’s Sorana Cirstea.

But Konta got to grips with the game before her second encounter, beating Victoria Azarenka 4-2 to keep her group hopes alive.

Swiss world No 8 Belinda Bencic staged a “walk-on”, emerging from up her stairs in full tennis kit before taking her Playstation controller out of her racket bag and polishing off Spain’s Carla Suarez Navarro.

The @mutuamadridopen Virtual Pro PS4 Game “Walk In” into my living room😄 #playathome PS: my match is in 10min 😅 pic.twitter.com/Zm4V4iETqp

Kiki Bertens, who won the Madrid title last year, could never have imagined that she would be ‘defending’ her title from her living room. She put down the jigsaw puzzles she has been doing to stave off boredom to grab the controls and demolish Kerber who did finally materialise.

“I’ve been practising so much my hands hurt and my eyes hurt,” Bertens, wearing full tennis kit, said. “It’s fun. I’m just glad to put my tennis kit on again.”

The four-day charity initiative will donate €50,000 (£43,592) to the Madrid Food Bank to help reduce the social impact of the COVID-19 pandemic.