Andy Murray fought back from a set down to beat Robin Haase in the first round of the ABN Amro World Tennis Tournament in Rotterdam.

The former world No 1 showed every ounce of his trademark fighting spirit to clinch the 2-6 7-6 (7-2) 6-3 win, after just over two-and-a-half hours on court.

Ahead of the contest Murray, who had to pull out of last month’s Australian Open after testing positive for coronavirus, said that he was “pumped” to be back competing again. He also shared that he felt good physically, and that came to the fore against Haase.

He will now face either qualifier Marcos Giron or the fourth seed Andrey Rublev in the second round.

Murray held serve at the start of the opening set and then failed to convert two break points, before he was broken in his next two service games to fall 5-1 behind.

He held in the seventh game, but Haase served out to take the first set in just over half an hour.

Neither player faced a break point in the first six games of the second set, before Murray survived two in the seventh game to edge 4-3 ahead.

The Brit held twice more, but Haase was proving solid on his own serve and forced a tie-break.

Murray then seized the initiative, winning two decisive points against Haase’s serve, to open up a 6-2 lead and he clinched the second set after an hour and 10 minutes on his first set point to level the match.

Haase responded by opening up a 3-0 lead in the decider but Murray stormed back, breaking in the fifth and holding twice to level the match again. Then, he finally broke the Dutchman’s resistance and reeled off a further three games to secure victory. 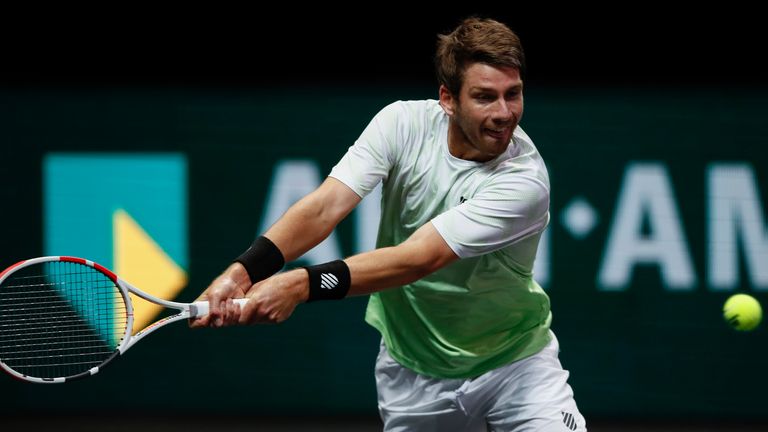 Cameron Norrie continued his good start to 2021 with victory over Nikoloz Basilashvili in the first round.

The British No 3, who reached the third round of the Australian Open, won two matches in qualifying to reach the main draw and was a 6-0 6-3 winner over 40th-ranked Basiliashvili.

Norrie was rock solid in the first set while his opponent made a succession of errors.

Basilashvili improved in the second, as he blasted his way into a 3-1 lead, before Norrie recovered well. As was the case with Murray, he finished strongly and secured five games in a row to set up a second-round clash with either Stan Wawrinka or Karen Khachanov.