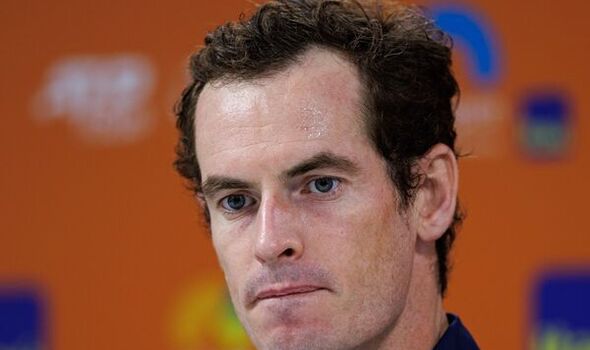 Andy Murray has got involved in a Twitter spat with a fan after accepting a wildcard into next month’s Madrid Open. The former world No.1 had decided to skip the clay-court to prepare for Wimbledon but announced a U-turn yesterday.

The world No.83, who turns 35 next month, will play in the Spanish capital and could play in Rome the following week. When a fan on social media accused the Scot of taking the place of a young Spaniard instead of going through qualifying, Murray bit back and wrote: “More than happy to play qualifying. Will most likely play qualies in Rome. If a tournament invites me to come and play in the main draw are you suggesting I should turn it down and play quailes?”

In a series of Tweets to his 3.5m followers, the three-time Grand Slam winner added: “We agree that nobody is deserving of a wild card. We just disagree on the wild cards being used specifically for young local talent.

“Lots of people hold that view I just don’t think that’s fair on all the players out there who don’t come from countries that host tour level events. Yes British players benefit a lot from wild cards. As do Spanish players. And I don’t believe that is fair.

“Any tournament can give their wild cards to whoever they want. But just because I’m British shouldn’t make me more ‘deserving’ of a wild card than anyone else for Wimbledon. Holger Rune is less deserving than a local Spanish player? Amazing how quickly people forget in tennis.”

Murray was slammed by Mats Wilander after he was thrashed in the first round of the 2020 French Open after entering on a wildcard. After the Scot won only six games against Stan Wawrinka to lose his first match at Roland Garros since 2006, the Swede said: “‘I worry about Andy Murray. I would love to hear him say why he is out there, giving us a false sense of hope that he going to come back one day.

“I keep getting a little bit disappointed, is it his right to be out there doing that? Why? I did it and I shouldn’t have, it was the biggest mistake I did in my career. I think Andy Murray needs to stop thinking of himself and start thinking about who he was. Does he have a right to be out there taking wildcards from the young players?

“I was 26 when I first retired, came back at 28, played until 32 and there was couple of years I played and should not have taken up the space where there were younger, more motivated players who were better than what I was.”

The Eurosport analyst admitted before this year’s Australian Open that Murray had gone on to prove him wrong by showing he was still motivated to return to the top. The seven-time Grand Slam winner said: “He has come around and is doing much better now. He took that wild card at the French Open and didn’t really show up against Stan Wawrinka and he has proven his point after that.”

Murray has reunited with coach Ivan Lendl for the third time and has decided to play on the clay to get competitive action before the grass-court season.