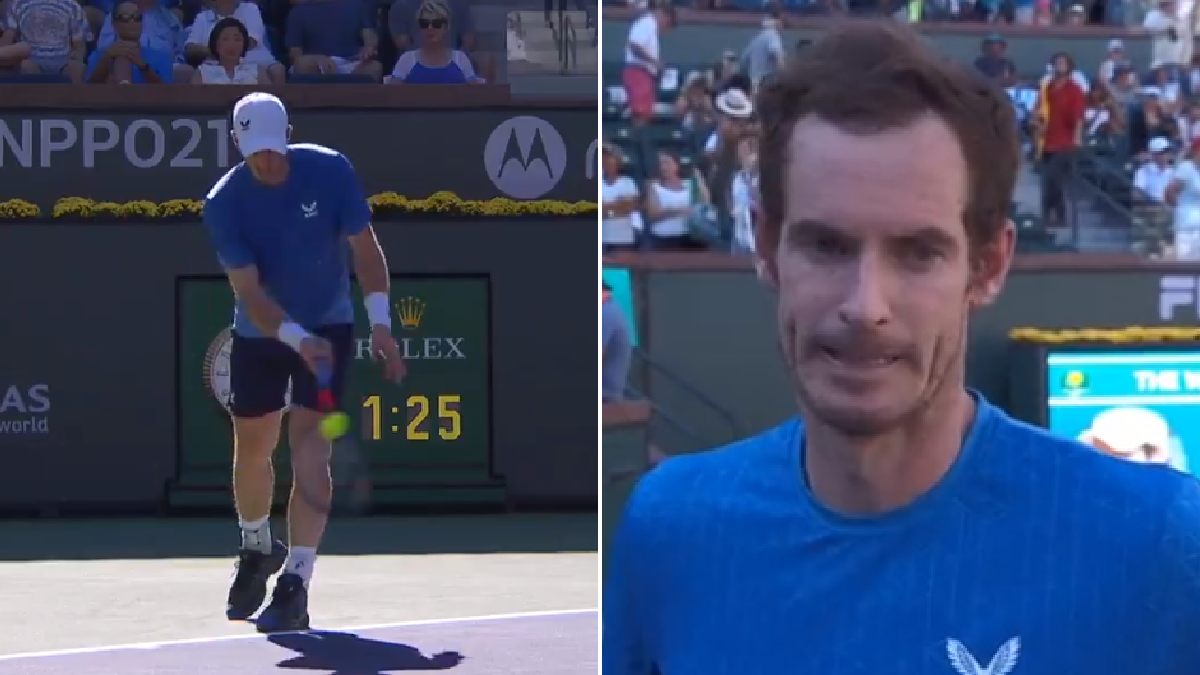 Andy Murray has defended his underarm ace against Carlos Alcarez in the second round of the BNP Paribas Masters on Sunday and says he could use it again despite receiving boos at Indian Wells.

The Brit was given an enormous battle against the 18-year-old Spaniard in the desert heat of California, losing the first set but coming through 5-7 6-3 6-2 in just over three hours.

Murray has tipped Alcarez to be a future Slam winner and world number one and the 34-year-old initially struggled to match the teenager.

But, in trademark fashion, he dug in and battled back, though did have to resort to rather desperate measures, pulling out a somewhat controversial underarm serve to win the third game of the second set.

Although unconventional, the underarm serve is perfectly legal but that did not stop Murray from receiving a smattering of boos as he walked back to his chair afterwards.

Nick Kyrgios, similarly, has received boos when he has used an underarm serve in matches – notably against Rafael Nadal – but Murray defended the tactic and could even pull it out again due to the slow pace of the courts at Indian Wells.

Asked about his underarm ace, Murray told Eurosport afterwards: ‘Yeah, well, he started standing further back to return the first serve. And I mean the courts are painfully slow here.

‘I wasn’t getting many free points on my first serve. I served three aces the whole match and one of them was the underarm serve so…

‘I was thinking about using it again in the third set, but didn’t. But yeah, first time I’ve ever done it in a match and got the ace. So maybe I’ll try it again in future if guys are standing that far back.’

On his performance, he added: ‘I feel like I can still compete at the top of the game regardless of how many people tell me to stop and I shouldn’t keep going or whatever.

‘To play in front of a pretty packed crowd here at this event, it was a brilliant atmosphere and I enjoyed it. It’s why I’m still playing.’