‘You look at wins like that and you draw on those experiences’: Chris Woakes insists England will look to the miracle of Headingley last summer in bid to come from behind to beat Pakistan in the first Test at Old Trafford

Chris Woakes says England will draw on the miracle of Headingley 2019 as they attempt to come from behind to pinch the first Test against Pakistan in Manchester.

With Ben Stokes making an unexpected return to bowling to take two late wickets, a second-innings collapse by the tourists on the third evening left them 137 for eight – an overall lead of 244.

Only one side has ever chased more to win a Test in Manchester, England making 294 for four against New Zealand in 2008. But Woakes insisted the self-belief was there to earn his team an unlikely 1-0 lead. 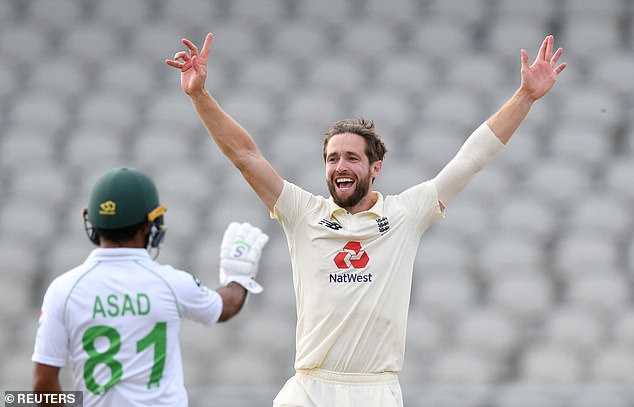 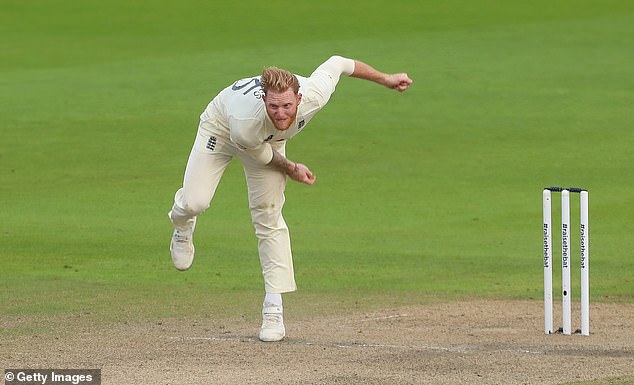 ‘You look at wins like that last summer, when you’ve been written off, and you definitely draw on those experiences,’ he said. ‘Records are there to be broken, and we believe we can chase those runs. It would be a huge win if we are able to do it, but there’s a hell of a lot of cricket to be played first.

‘I had no idea whether Ben was able to bowl, but I’m not overly surprised that he could do what he did. That’s Ben Stokes – we know he is capable of miracles. He’s got a bit of a golden arm, hasn’t he? When you are in a bit of a dogfight, he’s the sort of player you want in your team.

‘We’ve got to try to be proactive and take the positive approach, rather than sit in and go about it the long way. We need to be brave and put the pressure back on them. 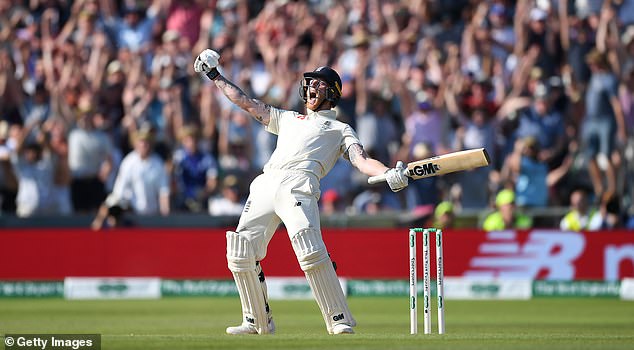 But Woakes said having won last year’s Ashes Test at Headingley, the hosts know they can win

‘There is always that pressure for spinners in the fourth innings. So we’ll try to remember that. If we can put them under pressure a little bit, then that will hopefully work in our favour.’

Pakistan, though, will fancy their chances on a wearing pitch, and with two leg-spinners in their team.

A former leg-spinning great, bowling coach Mushtaq Ahmed, said: ‘We’re very confident. If we can get another 20 or 30, it will be a very good score. 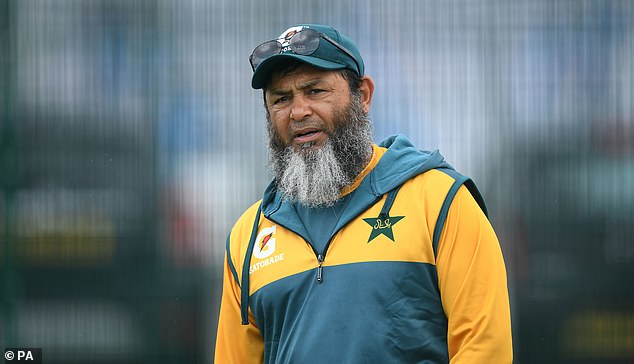 ‘Yasir Shah and Shadab Khan hardly played any cricket for the last five or six months, but the way they bowled in the first innings, they got the momentum now and the understanding of the pitch – what pace to bowl and what positions you need for specific batsmen. I think they are very confident.’

Meanwhile, the ECB have confirmed that England’s white-ball trip to India, scheduled for September and October, has been postponed – as revealed last month by Sportsmail.

The six games will now form part of a full tour in the new year, possibly taking place in the UAE because of the worsening coronavirus situation in India. 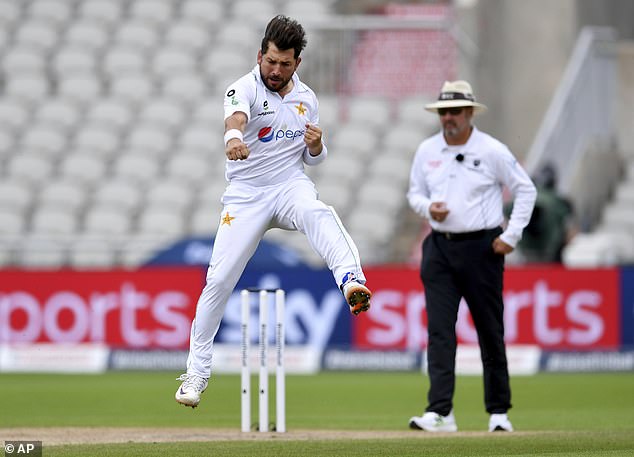