Nearly two months since he last raced, the “Tamworth Tornado” is back and ready to let rip in a high-pressure dash at Monday’s feature Muswellbrook meeting.

Over a flying 1000m in the headline Summer Sizzler on a surface likely to play better than a Good 4, still lightly raced five-year-old Casino Lord guns for his second win from his last three starts in a competitive sprint that could prove a major form line around the district and even in short-course Highways run in Sydney. 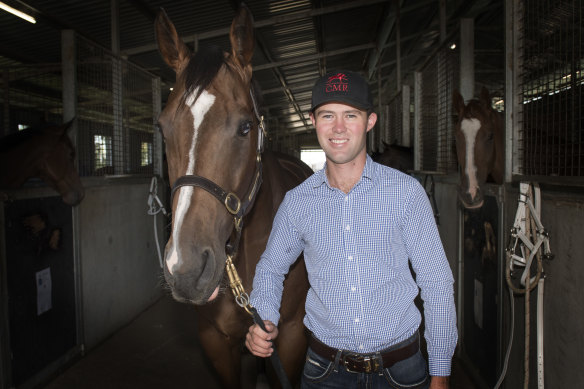 He then unluckily came from a long way back but couldn’t run down the winner in the strong Rusty Spanner sprint at this track on November 25.

Connections decided to turn him out, knowing he races best when kept on the fresher side, and was duly given a quiet trial 11 days before Christmas.

Morgan has since kept the gelding away from the trials, instead keeping him close at hand on the training track, and in a further boost has engaged top-notch country jockey Aaron Bullock to ride.

With a 33 per cent winning strike rate at both the distance and on firm tracks, Casino Lord should relish the long run home at the ’brook, especially drawn to get good cover back in the field.

His biggest threat is likely to come from smart Scone-based mare Tucson Valley who draws the fence in her first run since mid-July.

One of the more talented sprinters in country NSW, Tucson Valley won four straight last prep, including an all-the-way win in provincial BM 68 grade before a dominant performance in the feature country BM 85 Cannonball at Coonamble.

And there was no delay in reminding racegoers she was ready to pick up where she left off last prep, winning an open class trial at Muswellbrook just 12 days ago.

The pair look set for a midsummer battle royal in the Upper Hunter.