The spidercam operator responsible for the collision between the camera and Anrich Nortje at the MCG has been stood down for the remainder of the Boxing Day Test.

The South African quick was sent crashing to the turf during the second day of play in Melbourne, when the mobile camera hit him shortly after lunch as he walked towards the boundary.

The 29-year-old escaped any serious injuries and was able to continue bowling after being hit and on the left shoulder and elbow. 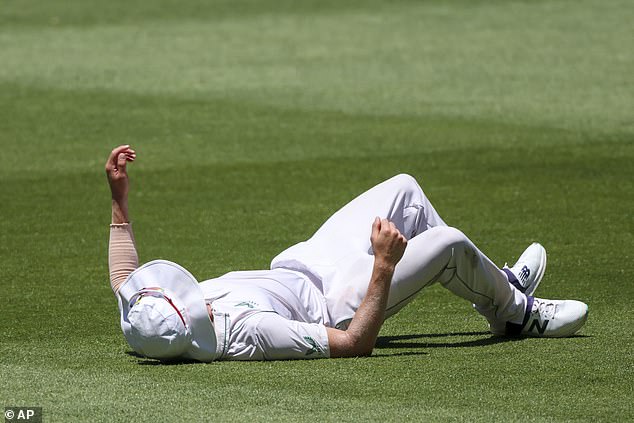 But while the Spidercam was back in action on day three, its operator was reportedly stood down, according to the Sydney Morning Herald.

Nortje was hit as the camera, which weighs approximately 8kg and zipped to a complex wires system, did a low sweep from a height of about two metres.

An agreement in place between the ICC, Fox Sports and Cricket Australia stipulates Spidercam is not permitted to travel any lower than 3.5metres from the ground.

The camera can only move to a lower height when it’s stationary hovering above players during interviews. 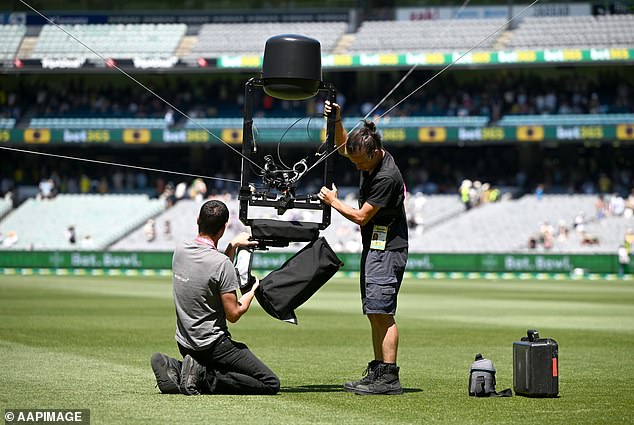 Fox immediately stopped using the camera for the day and it has since issued an apology to Nortje and the South Africa team. When the camera was deployed on Wednesday, it was suspended approximately four metres above the ground.

The fast bowler later revealed that the Proteas already had worries that the camera — designed to take viewers to the heart of the action — was endangering player safety.

‘I moved my head and then I saw the camera and I was a little bit too late. It was quite quick,’ Nortje said of the incident.

‘The one thing we’ve spoken about is how low it is […] I don’t think it should be travelling head-height.’ 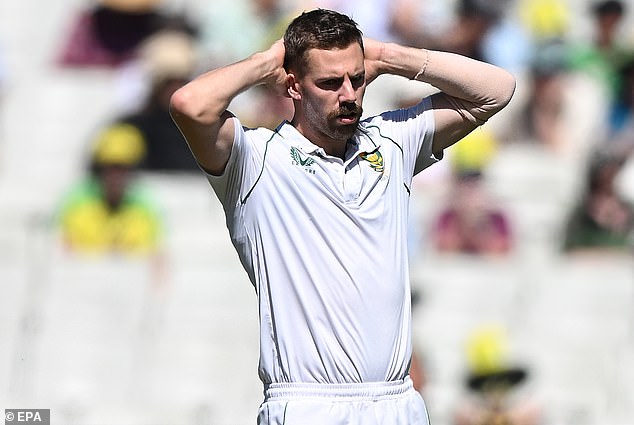 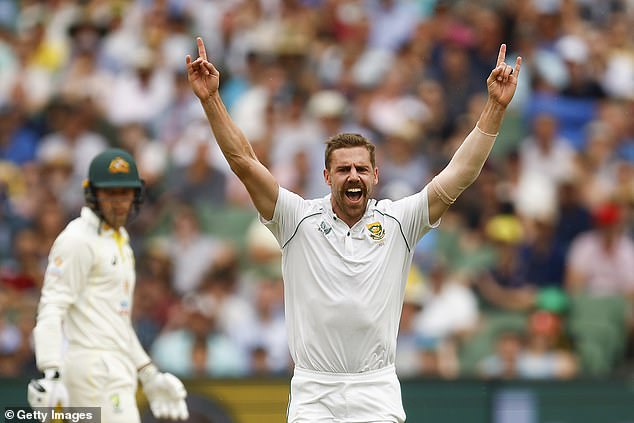 Australian Cricketers Association chief executive Todd Greenberg told SEN on Wednesday he had demanded an explanation from both Fox Sports and Cricket Australia.

‘When he [Nortje] went down I was genuinely concerned that it actually hit him on the side of the head, which it didn’t, but it did knock him off his feet,’ he said.

‘That would be very disconcerting for a player on a field, where your only focus is on the ball and on your job. 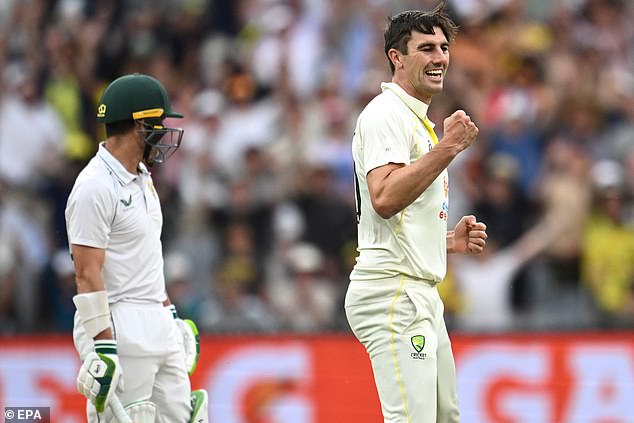 ‘It’s obviously a technical error, it’s obviously human error by the person operating it, but that’s something we can’t see happen again.

‘That’s not good for the game or the players. […] Clearly it’s an error that shouldn’t happen and won’t happen again.’

But despite his efforts Australia declared on 8-575, with a mammoth lead of 386 runs after the tourists were skittled for 189 in their first dig and losing skipper Dean Elgar for a third ball duck in their second innings.