Nick Scholfield was back on board, after missing Sky Pirate’s two mid-winter victories because of injury, and the partnership showed great tenacity to win by a short-head at 14-1.

Entoucas still appeared to be full of running at the last but just could not quite reel in Jonjo O’Neill’s winner in time. 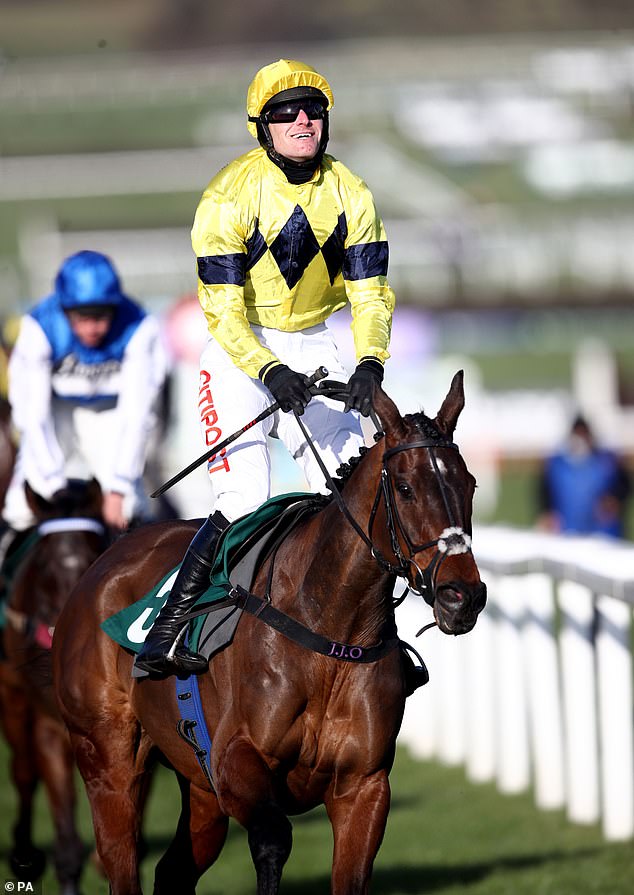 Sky Pirate, with Nick Scholfield on board, won the Grand Annual at the Cheltenham Festival 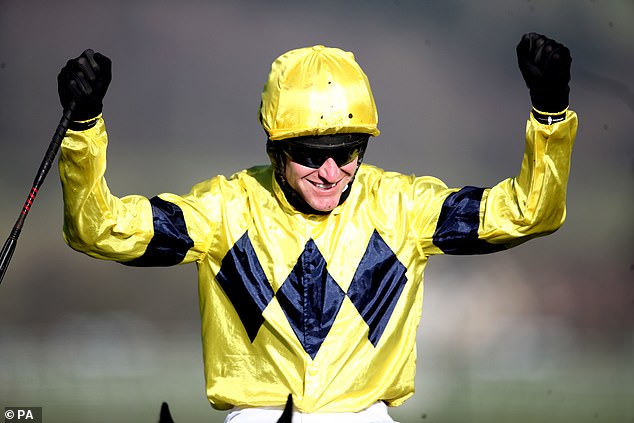 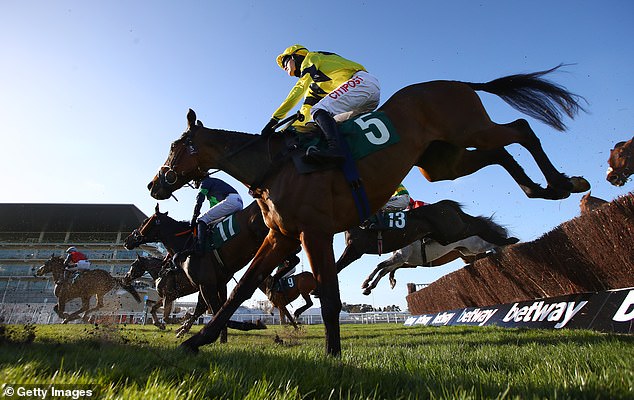 Ibleo stayed on to be almost four lengths further back in third.

Scholfield said: ‘This horse has been winning – Tom Scudamore and Jonjo (O’Neill jnr) have won on him, and I can’t thank Mr (Martin) Tedham (owner) and Jonjo (senior) enough for giving me the chance today.