Ricky Ponting has advised his close friend Justin Langer of the unavoidable truth that criticism of the Australian men’s team goes with the increasingly precarious territory created by a recent run of defeats in Test matches and Twenty20 internationals. 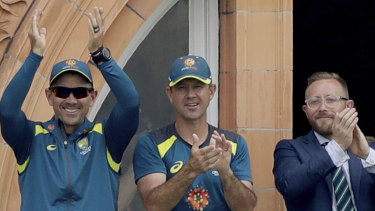 A widely respected coach and commentator, Ponting last spent time in the Australian dressing room in 2019 during the World Cup in England. While he has not glimpsed the inner sanctum since, Ponting said that any issues canvassed by the players were more likely to rear their head when the team’s results were poor.

“As I made really clear to Justin, when you’re in that position in Australian sport, whether you’re a high-profile coach or a captain of a national team, if you’re not getting the results, then you’ve got to expect the negativity,” Ponting told 2GB Radio while promoting his wine label for Father’s Day.

“If you wind the clock back not even 12 months ago, the Australian team were the number one ranked Test team and T20 team in the world, we know all the talent is there.

“The last tour to Bangladesh and the West Indies was pretty tough to judge the coaches on because I think there was eight or nine out of the starting XI for T20 and one-day cricket weren’t there.” 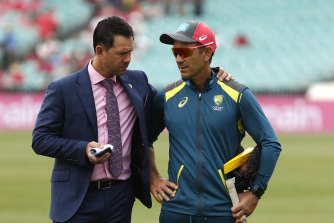 The Langer who Ponting knows has always been hungry for knowledge and self-improvement, going back to the days when they were both aspirational young batters on the fringes of the Australian Test team: both were non-playing members of the squad that went to the West Indies in 1995 and returned home as unofficial world champions.

But the recent meeting between CA’s leaders and those of the team are close to unprecedented, even if they were followed by a series of difficult one-on-one discussions between Langer and some players.

“It sounds like the captain and some of the senior players have had some pretty direct conversation with Justin about the things they think he needs to get better at,” Ponting said. “But he is also the sort of bloke who seeks that sort of advice anyway. He wants to find out how he can get better and what he can do better.”

The whole episode was heightened by the fact that it took place while Langer and the Australian limited overs squad were locked away in hotel quarantine in Adelaide upon their return home from the trip to the West Indies and Bangladesh, a plight Ponting was sympathetic to.

“I know there’s been a lot of negativity the last few weeks, I really felt for Justin, I rang Justin a few times,” Ponting said.

“They just got back from that tough tour of the West Indies and then Bangladesh, and he was locked up in his hotel room in Adelaide, and he was sort of copping it left, right and centre. Me and a lot of his close friends have reached out to him.”