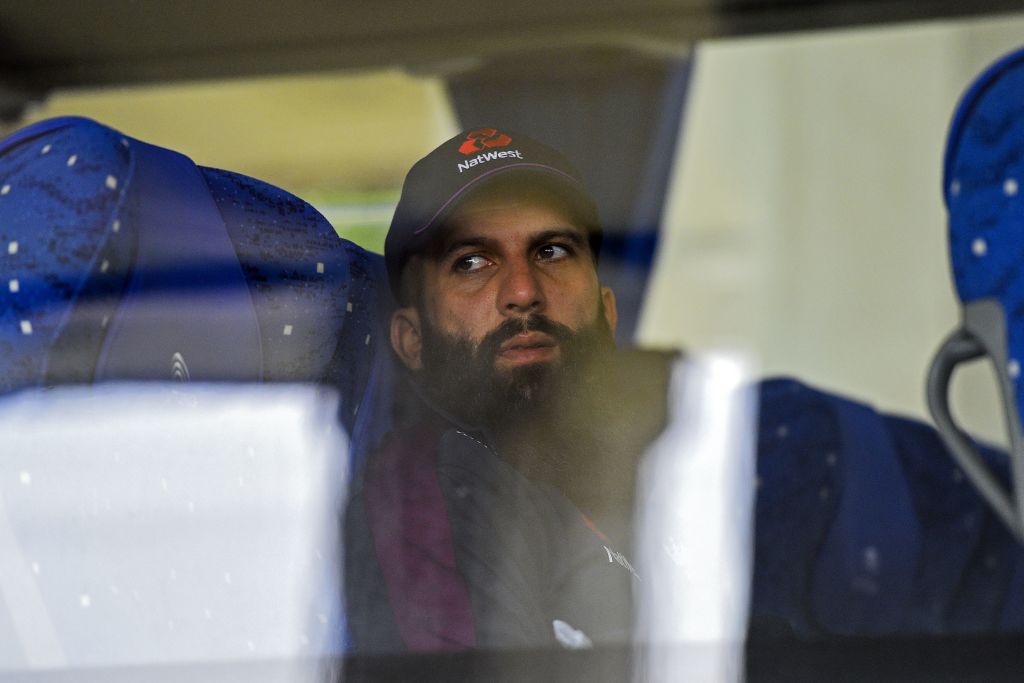 Joe Root confirmed Moeen Ali would be heading home following England’s crushing defeat to India in the second Test and said it was the all-rounder’s decision as he was keen to ‘get out the bubble’.

The tourists fell to their biggest ever defeat in India after being dismissed for 164 on the fourth day which gave the hosts an imperious 317-run victory with over a day and half to spare in Chennai.

It sets up an enthralling finish to the series with the score at 1-1 and two Tests remaining and while Ali put forward his case for selection by top scoring for England with the bat (6 and 43) and taking eight wickets, he will play no further part.

Jonny Bairstow and Mark Wood have joined the squad after being rested for the first two Tests.

Dom Bess, who missed out at the M.A. Chidambaram Stadium, will no doubt be hoping to return to the fold for the pink-ball Test in Ahmedabad which begins on February 24.

On Ali going home, England captain Root explained: ‘It was not about asking him if he wanted to stay. It was a decision he chose.

‘He wants to get out the bubble and that is absolutely fair enough.

‘We respect where he is at.’

The England skipper allayed fears over Ben Stokes’ fitness and confirmed Zak Crawley was ‘improving all the time’ following his wrist injury.

‘It was more of a tactical decision that he didn’t bowl throughout this Test match more than the two overs that he did.

‘You look at the Test match as a whole, there was a minimum amount of seam bowling in the game because of the wicket we were dealing with. Ben will be fine.

‘Zak is improving all the time. He’s been batting quite a lot this week and seems to be getting better and better so that’s great signs for him and for us moving forward.’

Root passed on his congratulations to India and said Virat Kohli’s side gave them an ‘education’ in how to play in tough conditions.

‘I think the credit has to go to India, they played very well,’ he continued.

‘They’ve outplayed us in all three departments this week and for us this is a bit of an education. We’ve got to learn from this.

‘We have got to find a way of scoring runs in these conditions, find ways of building pressure for long periods of time with the ball.

‘But credit to India, they made that very difficult for us.’