Rehen Ahmed is the rising star who was called up to bowl in the England nets at the age of just 11 and continues to impress… now 17, it seems just a matter of time until the leg-spinner makes his senior debut

Rehan Ahmed has been England’s leg-spinner-in-waiting longer than most people spend on international careers.

Ahmed doesn’t turn 18 until next month but will not be overawed if and when he finally makes his senior debut, having first been drafted in as a net bowler at the age of 11.

Such was the impression he made before a Lord’s Test in 2016, in fact, he was asked back the following summer, while his most recent summons came on the eve of Friday’s second ODI against South Africa. 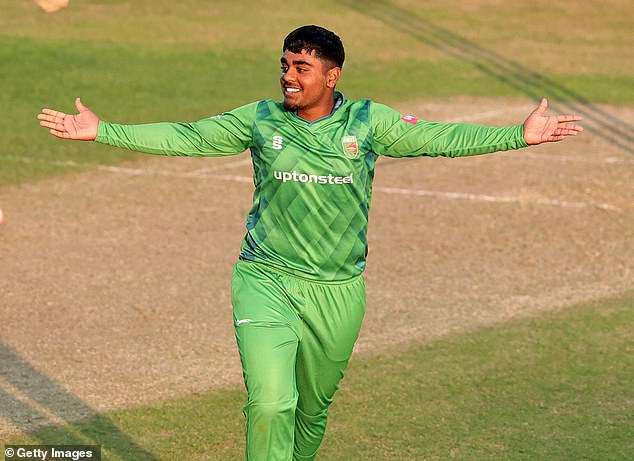 ‘Since I was a kid, I’ve dreamed of playing for England but I try to live the moment,’ Ahmed told Sportsmail.

‘Night time is for dreaming, so whenever I am awake I focus on the present and doing my job.’

The job this week was to bowl alongside Adil Rashid, whose place he appears set to inherit in the long term.

However, it is another Yorkshireman, Richard Dawson, his coach at England Under 19 level, who the Leicestershire leggie credits for his progress so far. 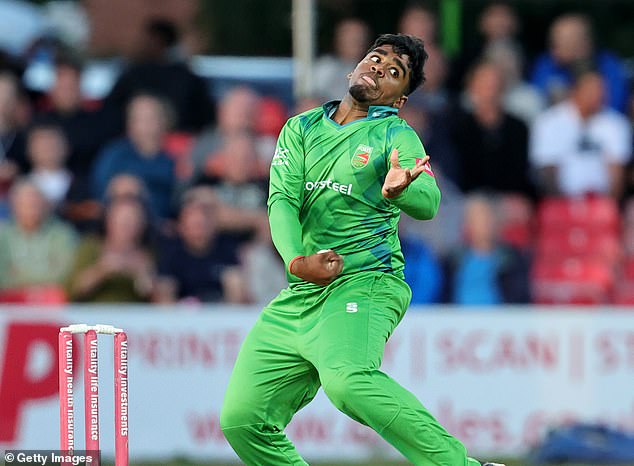 ‘He doesn’t get too caught up in technical stuff, he just talks about how things feel and the mental side of the game,’ he said.

Earlier this month, Ahmed graduated to international second-string level when he featured for England Lions in a win over South Africa at Taunton.

Rassie van der Dussen and Aiden Markram, who laid the platform for the South Africans’ winning total in the opening match of the full series, were two of his victims in figures of 6-0-54-3.

But the most cherished dismissal was Janneman Malan, bowled for 103 by Ahmed’s go-to ball, the googly. 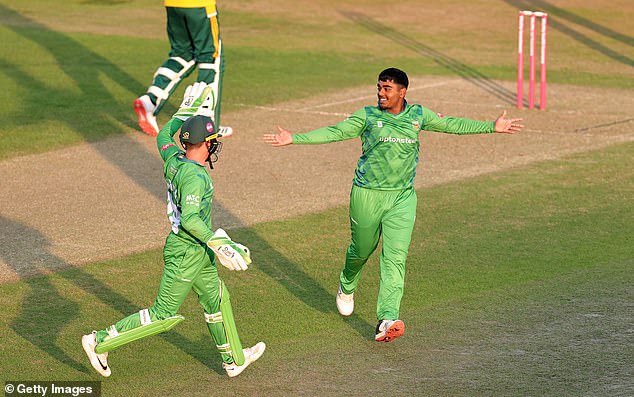 Ahmed was an England net bowler aged just 11, and was recently called up to do the job again

‘I thought I’d bowled it too full and might get hit into the stands, so to see it go through him was fun,’ Ahmed said.

‘I loved the challenge. It was a great experience. Even though I went for a few runs, the captain Tom Abell backed me and it’s wickets that matter.’

It has been some journey for a young man who only took up leg spin because ‘I wanted to be a bit different’.

Now, it appears a matter of time until he makes the hardest step.