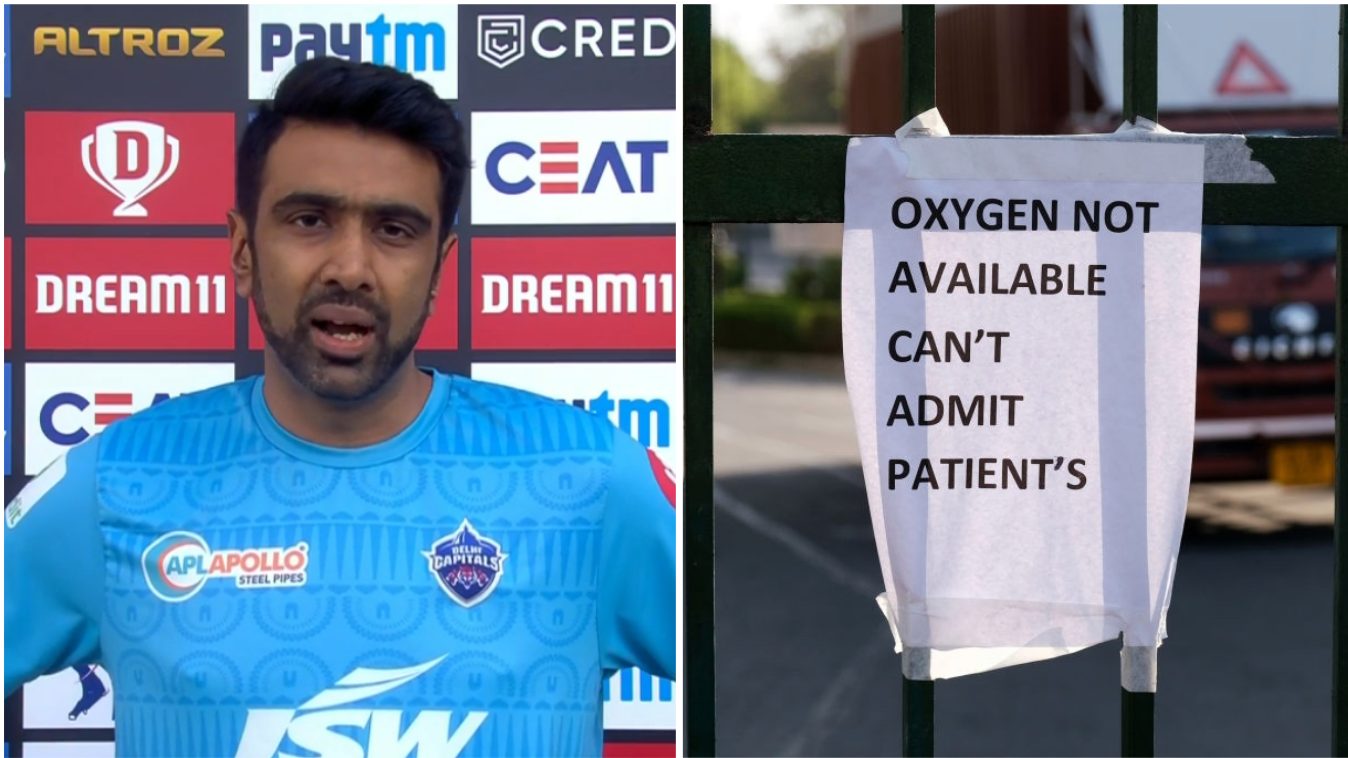 India cricket star Ravichandran Ashwin says he is ‘taking a break’ from the Indian Premier League as the country grapples with coronavirus.

India’s number of Covid-19 cases surged by 349,691 on Sunday – a new global record – and hospitals across the country are turning away patients after running out of oxygen and beds.

India has become the new coronavirus hotspot – recording nearly a million new cases in three days – and Ashwin has decided to stop playing in the Indian Premier League until the situation improves.

Speaking after Delhi Capitals’ victory over Sunrisers Hyderabad on Sunday, Ashwin said: ‘I would be taking a break from this years IPL from tomorrow.

‘My family and extended family are putting up a fight against Covid-19 and I want to support them during these tough times.

‘I expect to return to play if things go in the right direction. Thank you Delhi Capitals.’

His franchise, the Delhi Capitals, tweeted: ‘Ravichandran Ashwin has decided to take a break from IPL 2021 to support his family in the fight against Covid-19, with the option to return should things get better.

‘We at Delhi Capitals extend him our full support.’

There have been calls from some to suspend the Indian Premier League – the world’s biggest and most lucrative T20 competition – as India struggles to cope with the pandemic.

Three Australia players – Adam Zampa, Kane Richardson and Andrew Tye – have cut short their IPL season and returned home due to the threat of coronavirus.

Tye, who was at the Rajasthan Royals, told radio station SEN: ‘I just thought I should try and get on the front foot and get home before I got locked out of the country.

‘I think I’ve had 11 days at home and out of the bubble since August. There’s definitely concerns. A lot of guys have been in touch today once they’ve realised I was leaving.

‘Some of the guys are very interested in what route I took home and how I approached it. I’m not sure if I’ll be the only one (returning), but that’s too early for me to say.’

Former Australia captain Ricky Ponting, who coaches the Delhi Capitals, has suggested he will stay in India and says cricket can ‘bring a lot of joy to people’ at this time.

Ponting said: ‘Even with the country being in a situation that it is, I think cricket can still bring a lot of joy to people.

‘So it is important for us to be doing what we can as cricketers and as coaches and as a franchise to putting on the best show as possible to give the people something that they’d like to see.’