Superhero who rode to racing’s rescue: Uplifting story of how Rachael Blackmore became the Queen of Cheltenham with six winners

Superheroes come galloping to the rescue when they are needed most and racing can be thankful it had its own Wonder Woman in Rachael Blackmore this year.

It is a description the 32-year-old, who rides favourite Minella Indo in Sunday’s Ladbrokes King George VI Chase at Kempton, will probably hate.

She prefers to let her riding to do the talking. But her string of sporting firsts have been beacons of positivity during 12 months that many in the sport will be happy to wave goodbye. 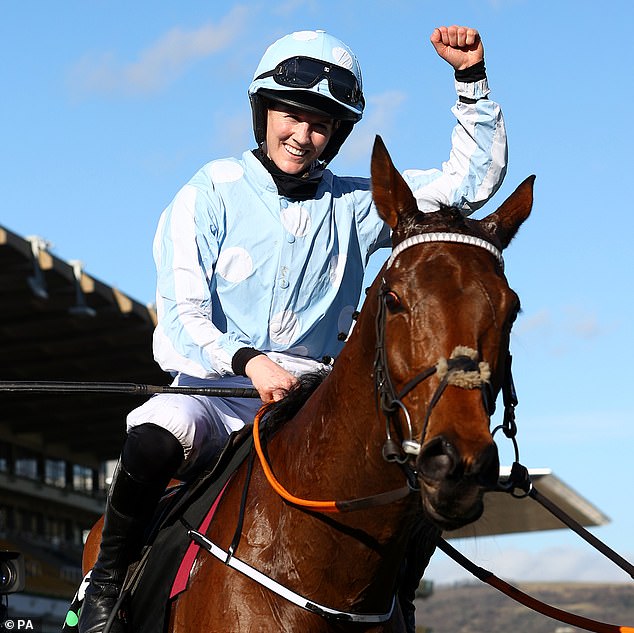 While recent headlines have been dominated by the bullying endured by British counterpart Bryony Frost, in March the news going into the Cheltenham Festival was all about the suspension of Irish trainer Gordon Elliott after a crass image of him sitting on a dead horse on his gallops became public — as well as raking over the rights and wrongs of staging the 2020 Festival as the Covid-19 pandemic emerged.

That was largely drowned out as Blackmore became the first female jockey to be crowned top rider at the Cheltenham Festival with six winners headed by Henry de Bromhead-trained Honeysuckle in the Champion Hurdle.

It was more than the British trainers combined could manage (five) at a meeting dominated by Ireland.

Three weeks later Blackmore took a bigger leap into the public’s consciousness, making history with a first win for a female jockey in the Grand National at Aintree on De Bromhead’s Minella Times. ITV presenter Ed Chamberlin recalls: ‘We went into Cheltenham with a problem and it felt like racing was in a pretty bad place.

‘We came out of Cheltenham flying high thanks to one person. 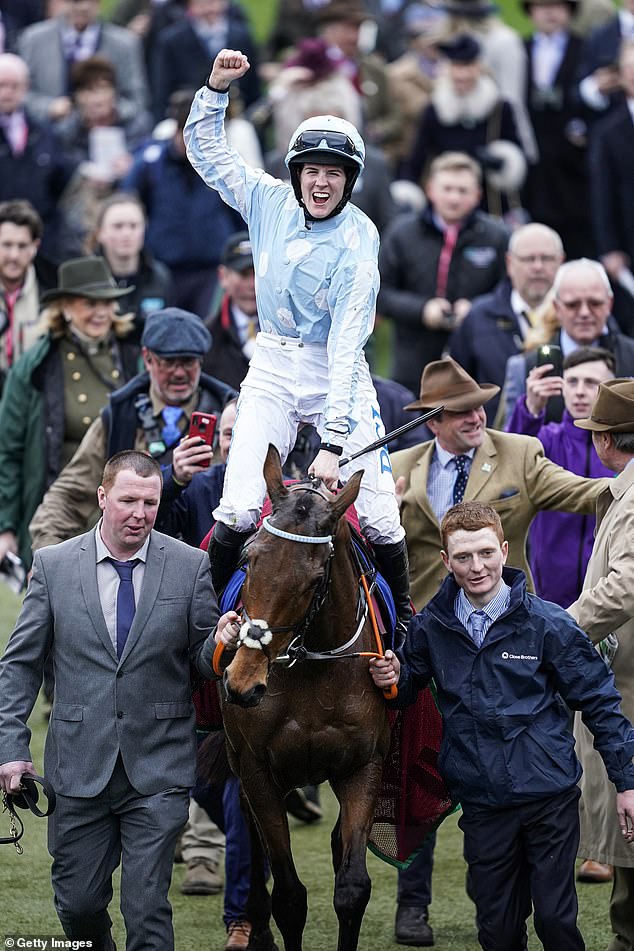 ‘Every interview I did before Cheltenham was with about Covid or Gordon Elliott and even though the place was desolate and empty because no crowds were allowed Rachael managed to light it up.

‘I left Cheltenham daring to dream something might happen at Aintree, thinking she had ridden to racing’s rescue and there she created headlines around the world and became a global superstar.’

Not everything went smoothly for Blackmore at Cheltenham.

She might have also become the first female jockey to win the Cheltenham Gold Cup but chose to ride runner-up A Plus Tard rather than the victorious De Bromhead-trained stablemate Minella Indo.

She was also sidelined for almost three months after breaking her ankle and suffering a hip injury in a fall at Killarney in July but the Blackmore express was only briefly derailed. What she has achieved has been no surprise to Patrick Mullins, someone who knows her well, not just as a riding colleague but as a housemate of Blackmore and her partner and fellow jockey Brian Hayes.

Mullins, son of Ireland’s champion trainer Willie, said: ‘It was incredible to watch. They just kept winning. She had four falls throughout the week so there were downs as well as ups.’ 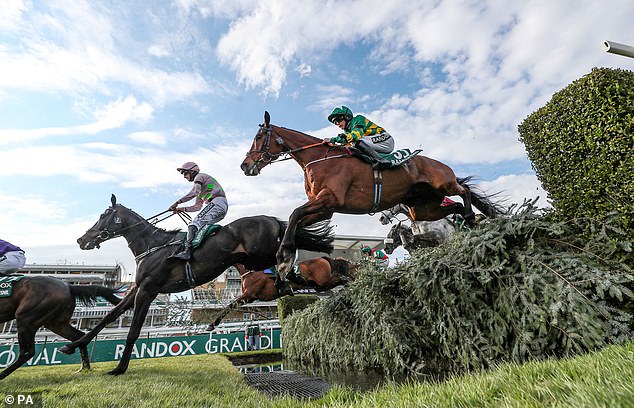 Mullins believes one of the keys to Blackmore is a grounded maturity borne out of the fact she was a relative latecomer to the professional ranks in 2015 after studying at university.

Mullins added: ‘The fact she only became successful in her late 20s is a huge part of what she is as a jockey on and off the horse.

‘She doesn’t take anything for granted and knows the value of hard work.

‘It has maybe given her an edge, maybe more so off a horse, over people who had success at a young age.

‘She is also fantastic getting horses into a rhythm — the way she approaches a fence, gets over a fence and gets away from a fence. That is probably her greatest asset. She is also able to settle horses very effectively.

‘Weighing nine stone it is not brute force but she doesn’t waste energy by fighting her horses which is probably why they finish their races so well.’

Before this year’s Grand National, the best finish for a female jockey was Katie Walsh’s third on Seabass in 2012. She was at Aintree for Blackmore’s success. 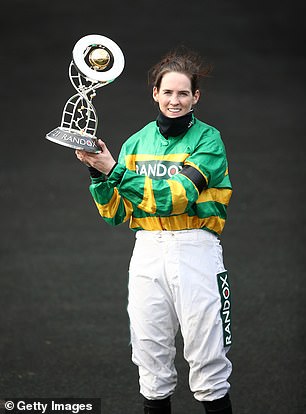 Walsh said: ‘It was history. In the last few years there has been the feeling that there were a handful of girls who, if they got the opportunity, that it might happen.

‘Rachael is talented and you can’t get anywhere without that but she can take the mental pressure that comes with the success she is having. She rarely gets it wrong.’

Mullins rode in the National and said the only disappointment was the muted celebrations with no crowds at Aintree to cheer in Blackmore.

Mullins said: ‘We were in a hotel, in an Irish bubble, and most people had got an evening boat or flight home. There were only a few of us left so we got a couple of bottles of champagne and a couple of pizza boxes — it was very low key but we celebrated in good time later on.’

Blackmore has since received thunderous receptions by the racing public, particularly when she won the Hatton’s Grace Hurdle at Fairyhouse on Honeysuckle and the Betfair Chase at Haydock on A Plus Tard last month.

There is little chance Blackmore will become distracted by the adulation, as she limits her interaction with the media.

In recent weeks, she has won the Irish broadcaster RTE’s Sports Personality of the Year and been named as World Sport Star of the Year by the BBC.

She has become a winning machine on and off the track.