Unpredictability has shredded the veins of Pakistan cricket since the dawn of time.

The 1992 World Cup saw Imran Khan’s ‘cornered tigers’ side ready to depart with just one win from their opening five matches — before somehow going on to clinch the trophy against England in the final.

Thirty years later, a Babar Azam-led team in their T20 World Cup campaign today were firmly under the cosh against a spirited Zimbabwe; potentially repeating a similar fate of demise after a rather painful implosion against rivals India on Sunday. 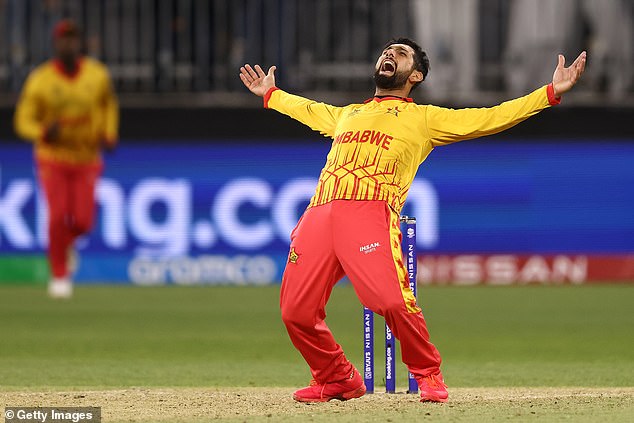 They are predictably unpredictable; an embraced strength that has often done this nation far more good than bad.

If they don’t know what they are going to do next, how on earth will the opposition?

That pattern reared its head in the sequence between balls 83 and 88. Zimbabwe had impressively motored to 87 for three by the 13th over.

Enter Shadab Khan to the fray. His fifth-ball googly bypassed an awful switch-hit attempt from Sean Williams to leave him clean bowled.

His sixth ball enticed Regis Chakabva’s edge forward; Azam pulled off a superman-like dive at slip to snaffle it, and become contender for catch of the tournament.

Two dot balls by Mohammad Wasim followed, and then Wasim got in the act with a slower ball and middle stump delivery to take two himself.

Four wickets in six balls — and nearly the match wrapped up, too. 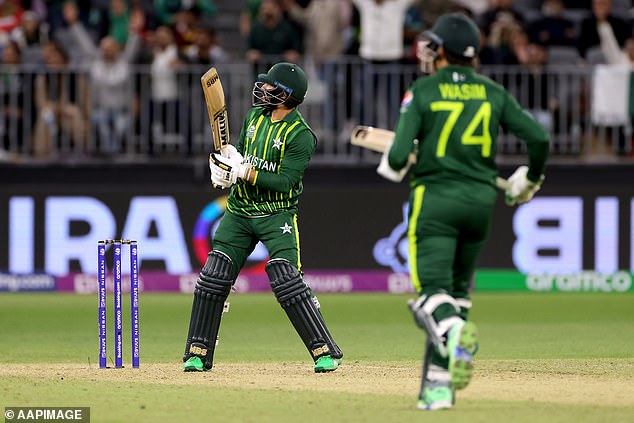 Though, with Pakistan being Pakistan, it never was right until the end when the man pilloried for costing his side on that fateful Sunday, Mohammad Nawaz, succumbed with a ball to spare. A famous victory for Zimbabwe.

The match’s openings demonstrated the standing of associate nations like Zimbabwe in tournaments such as these.

So-called ‘minnows’ are no longer so squeamish about rapid bowling or bludgeoning batting power from the bigger, established full-member nations; they demand respect.

Wesley Madhevere , turned 22 last month, typified this as he came out on the front foot, alongside veteran Craig Irvine, 37, to flay drives across three directions of the ground against a swinging ball to reach 38 off four overs.

A rather strong start; indeed, the Falcons were extrapolating seam off the pitch but bowling far too full to the delight of the opposition batters.

Madhevere’s boundary through cover point particularly caught the eye before a Haris Rauf bumper struck Irvine’s top edge to Mohammad Wasim, and Wasim then struck himself, castling Madhevere LBW with a sharp inswinger after reviewing the umpire’s call. 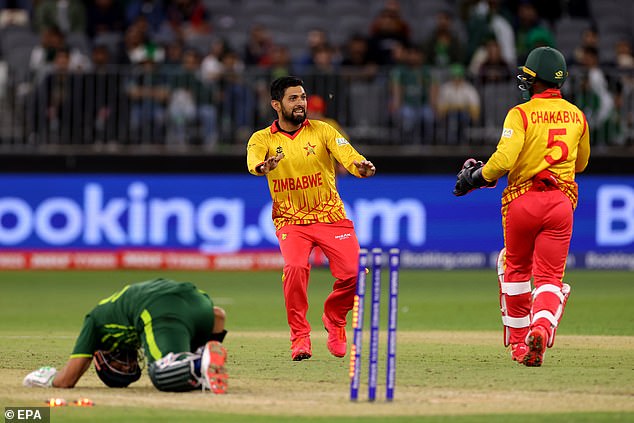 However, the Zimbabweans held their nerve and won in dramatic fashion due to a late run out 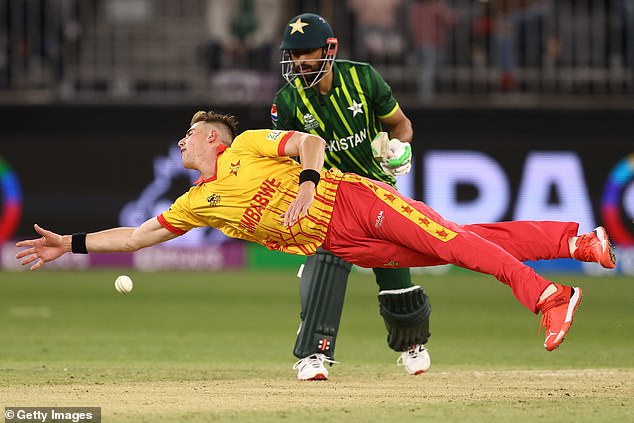 It helped stem the flow, until Iftikhar Ahmed spilled the ball at mid-wicket off a Shaheen Afridi in the ninth over.

Afridi was already indifferent bowling-wise, gingerly coming back from a lengthy injury lay-off; this would not have helped.

Williams got stuck in to reach 31 with a mixture of drives and pulls — including a top edge over keeper Mohammad Rizwan’s head — adding a spate of solidity in the middle overs.

This was before the four-wicket collapse, ending the innings on 130. Simple enough to chase?

No, the run chase started awfully. Blessing Muzarabani and Brad Evans’ needling line, razor accurate on the stumps, combined with movement off the pitch unsettled the openers.

Captain Azam was caught in two minds as an Evans delivery held up in the pitch; the subsequent attempt to flick leg side caused a leading edge flying to Ryan Burl at backward point. 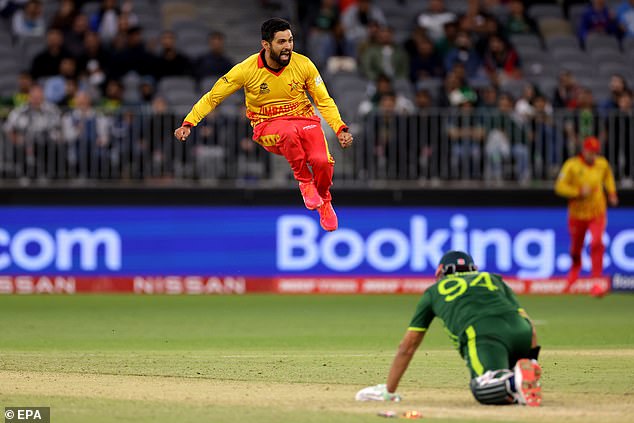 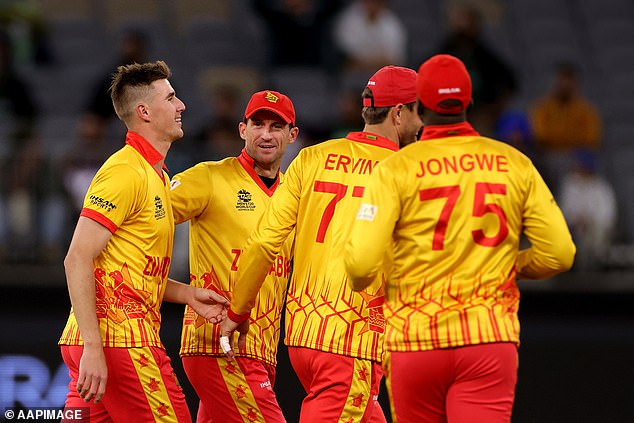 Muzarabani then bowled Rizwan, the batter looking to guide towards third man only to chop onto his own stumps.

It was calamity cricket laced with excellent bowling. Were thoughts of that Sunday likely creeping into the Pakistan team’s minds? Probably.

Once Iftikhar Ahmed succumbed to Luke Jongwe, there was real concern.

The reliable Shan Masood hit a flurry of boundaries and provided the impetus from one end.

But after a five over respite, the wickets again began to tumble once Sikander Raza opened up his box of tricks.

Raza deceived Shadab with a flighted delivery ending up at long on, trapped Haider Ali LBW, and then crucially had Masood stumped down leg while on 44.

An underdog victory appeared on the cards when Nawaz stepped up with a crucial six to leave the equation at three needed from two.

Then Nawaz was caught going for glory and it had been done. Zimbabwe had done it.

What a sport, eh?